Sooraj Pancholi is certainly one of the fittest actors of his generation and those who know him swear by his fitness regime and his passion towards being fit and leading a healthy life.

“I am very passionate about fitness and want to do whatever I can in my space. I derive my inspiration from Sylvester Stallone and Salman Khan. They are the reasons for me being so fit. Not just me, everyone looks up to Salman where fitness is concerned,” informs Sooraj. 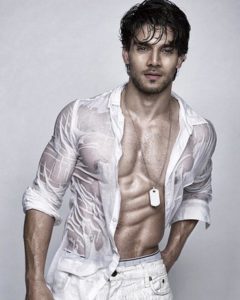 The fitness freak runs a martial art centre in Mumbai since four years and currently, he’s finalising details for two more centres in two colleges in Chandigarh for students who don’t have access to gyms.

The actor who made a foray into the business domain at an early age, says, “I think age has nothing to do with fitness and health, because I have knowledge about both, and can impart that to people, who don’t. It’s a fitness centre primarily and martial arts are a part of it, but that’s not all of it. I opened a fitness centre in Bandra and this is the fourth year that the martial arts classes have been going on for. There are three classes (called Tribal Combat) in Mumbai — one each in Bandra, Juhu and Vile Parle. It was basically Taekwondo at first, but now we have three martial arts trainers and combined all the martial arts together and are teaching mixed martial arts (MMA).” 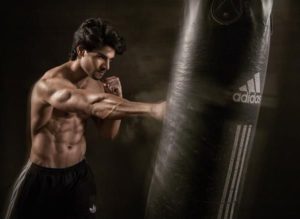 Stressing the importance on self-defence, Sooraj explains, “We mostly have young girls and women training, which I think is great. Some form of self-defense is important. You never know what challenges you can face and it’s not just that ­— it’s also about keeping yourself fit, flexible and agile.”

While the talented actor is running fitness centre on his own, without help from any partners or corporate brands, he adds, “As far as day-to-day operations are concerned, I have a team, who looks after it. I am only involved in the strategies and the marketing. The centre offers everything related to fitness. And soon I will be starting the food part of it — in terms of serving health food.”

Talking about two more fitness centres in colleges in Chandigarh, Sooraj says, “I chose the city because Bikas told me that there are colleges where young kids are very keen to work out, but don’t have the resources. So, I suggested that we open up gyms there. He will also be equally involved in it.”