Sonam Kapoor is currently basking the success of her latest film Veere Di Wedding, which earned tons of money at the box office. Amidst all the praise and honour, Sonam is also favourite of the trolls. Every now and then she gets trolled for one way or another. This time she is getting trolled for sharing a non-vegetarian dish on her Instagram account. 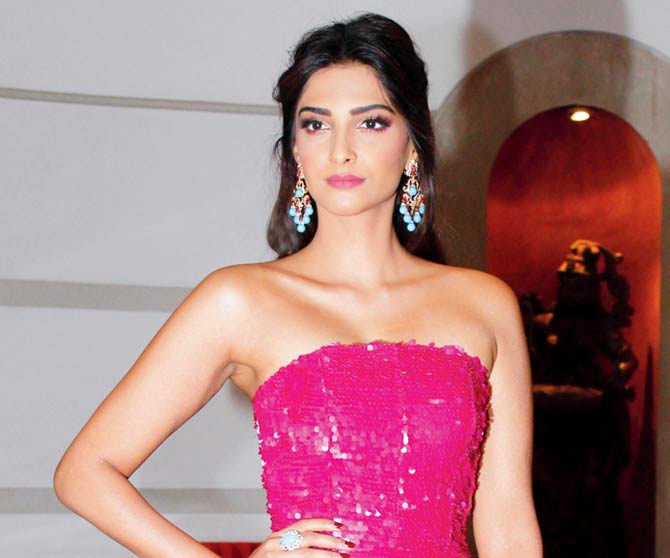 She is not the first actress who has been trolled for animal cruelty. Earlier Shilpa Shetty Kundra was slammed by netizens when she shared her fishing video on Instagram. People called her hypocrite for fishing even though she was honoured by PETA. The actress did later confirm that she is a non-vegetarian.

Now, Sonam Kapoor is getting trolled by netizens. It all started when Sonam took to her Instagram to share a picture appreciating a non-vegetarian dish. Sonam shared a picture on her Instagram account with a caption,

“I’m so proud of you @samyuktanair first a Michelin for @jamavarlondon and now the best of taste prize first runner up @tasteoflondon for my favourite restaurant in london @bombaybustle ! @chefsurendermohan you’re amazing!! Thanks for promoting Indian food the correct way and with authenticity!”

It didn’t go down well with her fans, as they pointed out her hypocrisy. To uninitiated, Sonam Kapoor has claimed that she is vegan and also avoids any dairy products. She has earlier told in an interview,

“I’ve been vegetarian for many years, but I became vegan this year. I believe in making compassionate choices. So much so, I am having soya milk coffee now, I don’t even have dairy.”

“I don’t buy fur. It’s all faux fur, but I do buy leather. If someone gives me an exotic leather product, I use it, but I won’t buy it. I just purchase normal leather.”

The Internet doesn’t forget anything. This time, they reminded Sonam Kapoor about her hypocrisy. Check out some of the reactions down below.
1

What do you think of this whole episode? Tell us your thoughts in the comment section down below. Stay tuned to this space for all viral stories.