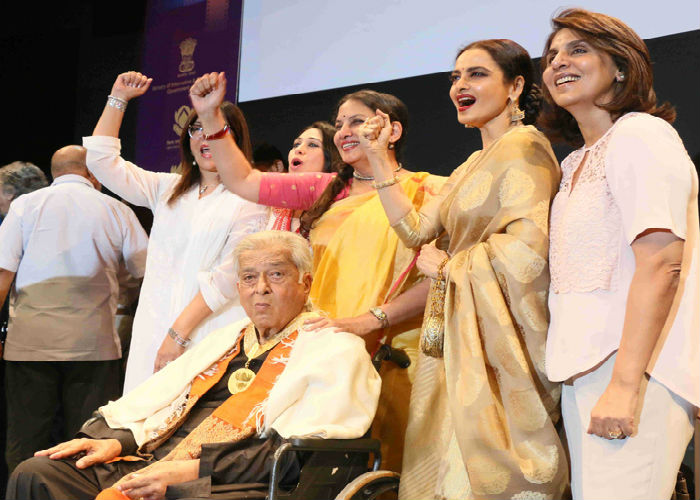 Legendary actor Shashi Kapoor, who was earlier this year decorated with the Dadasaheb Phalke Award, will be bestowed the Lifetime Achievement honour at the sixth Jagran Film Festival here.

The 77-year-old is best known for his nuanced performance in memorable films like “Satyam Shivam Sundaram”, “Trishul”, “Kabhi Kabhie”, “Vijeta” and “Kalyug”, and he was among the most good looking cine stars of his time.

“We are proud and happy that the Lifetime Achievement Award this year is to be presented to Shashi Kapoorji, who has enriched the cinematic medium through his vast and wide range of contribution as an actor and producer and has patronised good cinema,” Manoj Srivastava, strategic consultant, Jagran Film Festival, said in a statement.

Srivastava added that the actor has “kindly consented to receive this award”.

Earlier this year, a special event was organised in Mumbai, where a frail but spirited Shashi Kapoor was brought to the stage on a wheelchair to receive the Dadasaheb Phalke Award here. He smiled and folded his hands in reverence.

The Jagran Film Festival is currently happening at its final destination, Mumbai, and the showcase and celebration of cinema will culminate on October 4.