After Shahid Kapoor’s Kabir Singh trailer has surfaced on the internet, and fans can’t stop gushing over the actors all new avatar- the rebellious and aggressive one. His chemistry with Kiara Advani in the film has become talk of the town in no time. In the trailer, the two actors can be seen sharing a passionate kiss. 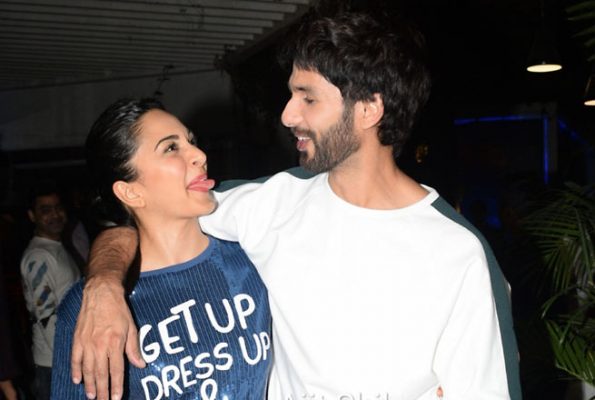 In one of the recent press conference, a journalist asked actress about the number of kisses the two actors will share in the film. In a reply to the question, Kiara said that she hasn’t kept a count. The question miffed Shahid Kapoor and he interrupted in between saying that  “Ussi ka paisa hai,” reports DNA.

(It appears you haven’t had a girlfriend for a long time now! I said if you want to see it (the kissing scene), you will have to pay. But I never said that it is the only you’ll have to pay for. That’s what you thought. Why you have to ask only about kissing scenes? People have also acted in this film you know!)

Directed by Sandeep Vanga, Kabir Singh is slated to release on June 21. Shahid Kapoor will be seen in two different avatars- a rebellious medial student who falls in love with a fellow and then a surgeon trying to cope up with the heart break which affects his career.
Stay tuned with us for more Bollywood news and updates.