Cricket is one of the most popular games in the world and the most loved games in India. We as Indian love cricket and we watch cricket religiously and appreciate good cricket even if it is not about India. If you follow cricket, you must be aware of the fact that wicket keeping is one of the most difficult jobs for anyone. One has to be super fast in order to do stumping as soon as possible.

From cricketers to fans, everyone admires Dhoni’s lightning fast stumping skills. Sometimes, we feel that Dhoni is not a human, he is some kind of superhero when we see him doing stumping. MSD is regarded as the fastest man behind the stumps in the history of cricket. Now, one more contender for this title has emerged. It is not other than England wicketkeeper Sarah Taylor. 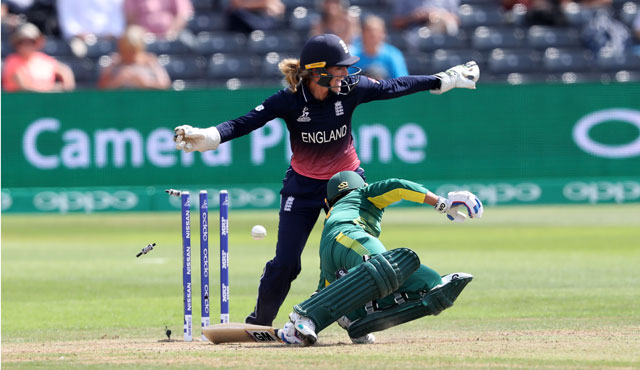 Yes, you read it, right! Sarah Taylor showed her super fast keeping skill during the first ODI between England and South Africa in ICC Championship. It happened when Sarah stumped South African opener. England lost the match, but Sarah deserves the credit.

It happened when South African opener Laura Wolvaardt got out and Sune Luus came to bat. Anya Shrubsole bowled a length delivery and Sune tried to hit it by stepping out of the crease. As soon as Sarah saw Sune leaving the crease, she removed the bails and appealed. The third umpire declared Sune out.

England Cricket official Twitter handle shared the video with a caption that reads, “Simply incredible! @Sarah_Taylor30 with the fastest hands in the game.”

Simply incredible! @Sarah_Taylor30 with the fastest hands in the game 👐

This outstanding stump has got the attention of Twitterati, who can’t stop praising Sarah Taylor. They are calling her female Dhoni. 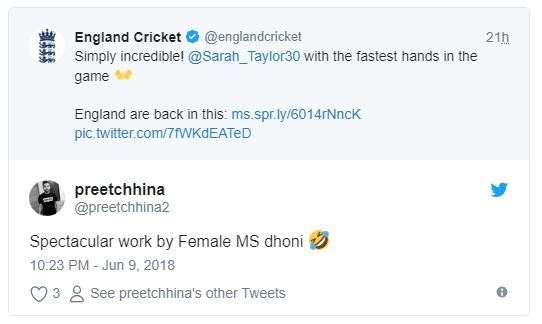 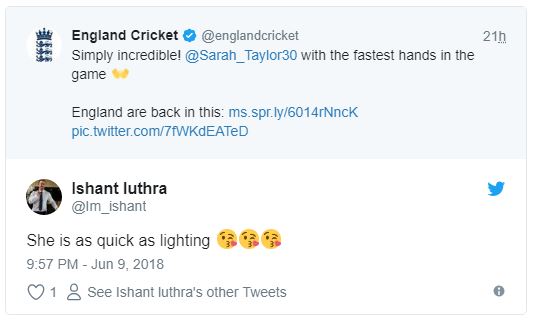 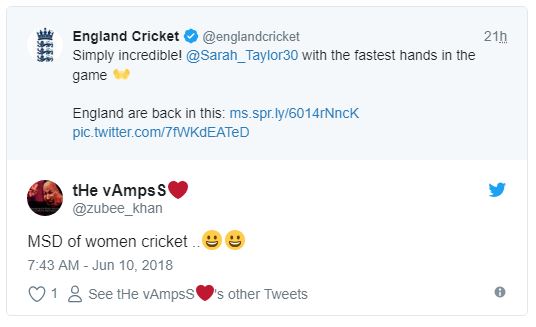 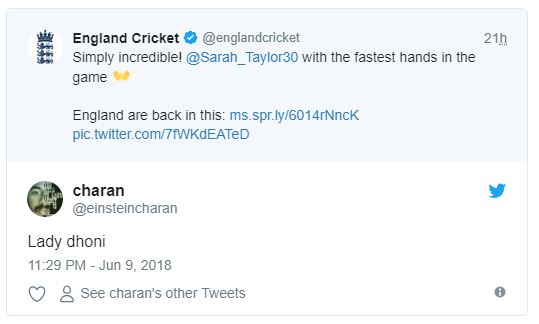 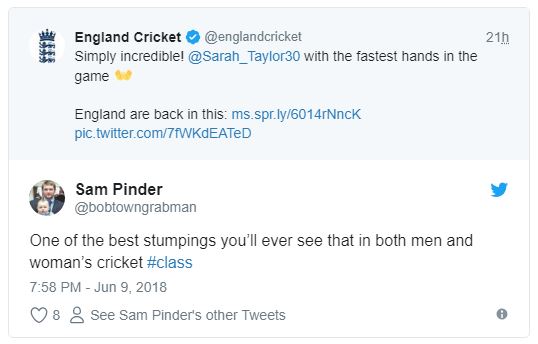 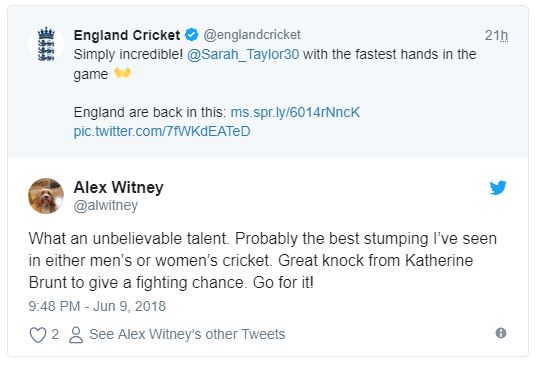 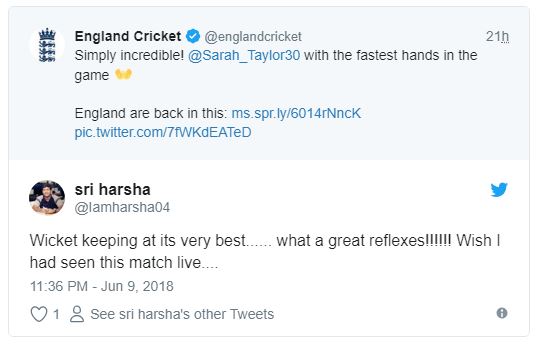 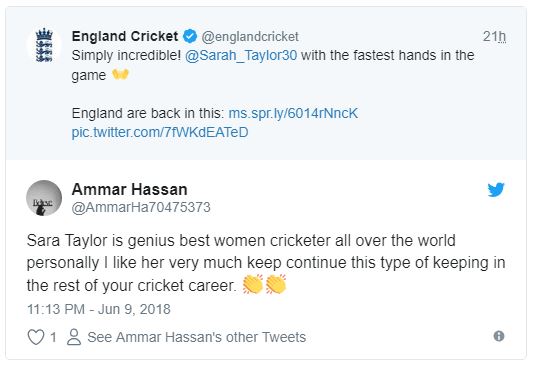 Pooja On Ssharad: My Parents Had Told Me 'You Know What He Did To Divyanka!'