Sanjay Dutt daughter Trishala Dutt who is from his first wife Richa Sharma shares an amiable bond with her father…. Sanjay Dutt daughter Trishala Dutt who is from his first wife Richa Sharma shares an amiable bond with her father. Sanjay Dutt is not only a caring and doting father but also a friend and brother to his daughter.

Trishala who stays in NYC stays connected with his family through messages and video calls. She recently had a video chat with his father and when she didn’t reply to one of his questions, he reacted in a different way. Trishala shared the screenshot of the video call. 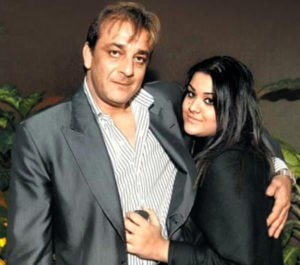 Also Read: After Bhoomi, Sanjay Dutt Will Next Be Seen In Romantic Thriller Malang

She writes on her Instagram account, “the look I get when asked if I’m seeing anybody and possibly hiding it from him ‍♀️☠️ Love you papa dukes! @dutt1  you always make me smile and laugh #fatheranddaughter#facetimechronicles #papadukes#andImBillythekid #hiiiiii # # #”

Aww..that’s so sweet of Trishala.

Check the screenshot of the video call below. 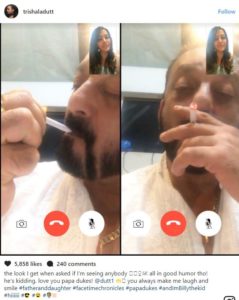 Sanjay is very protective of his daughter and he doesn’t want his daughter to be in movies. In an interview when he was asked if he finds any similarity between Aditi Rao Hydari, who plays his daughter in the upcoming film ‘Bhoomi’ and Trishala, he said, “Yes, there are similarities but Trishala wanted to be an actress and I wanted to break her legs, which I’m not doing here. I’ve invested a lot of time and energy to put her in a good college and she has done very well. She has specialised in forensic science… And I think that’s the great thing to do.” 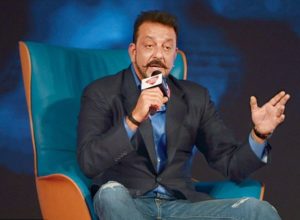 On the work front, Sanjay Dutt will be seen in ‘Bhoomi’ which is directed and co-produced by Omung Kumar who made his debut as a director with Mary Kom. Sanjay Baba is also roped in for Tigmanshu Dhulia’s Saheb Biwi Aur Gangster 3, in which he will be playing the role of a gangster.