Salman Khan’s brother-in-law Aayush Sharma is making his big Bollywood debut withÂ LoveRatri, produced byÂ Salman Khan Films and directed by Abhiraj Minawala. Even Salman Khan hosted the trailer launch event for his brother-in-law. At the event Salman recalled howÂ Â Arpita introduced Aayush to the Khan-daan, before her marriage. Salman reveals how initiallyÂ all the brothers were initially hesitant but later came to terms with Arpitaâ€™s choice 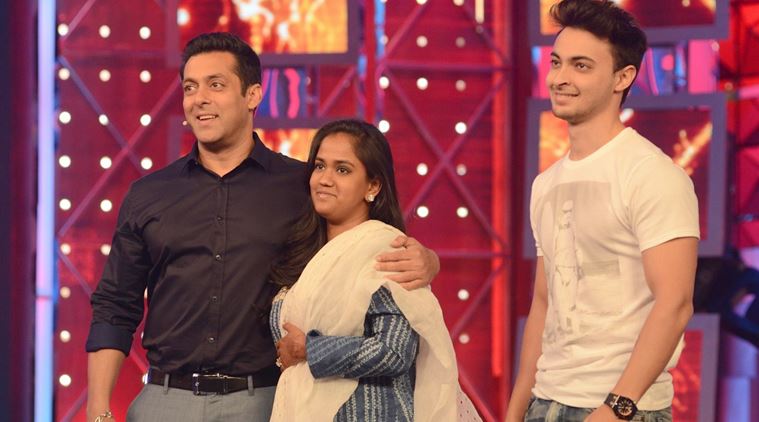 Sharing the fun story, Salman said, â€œWe brothers wake up late. And all such proposals came early in the morning. We were (that time) making a film titled My Punjabi Nikah, thatâ€™s still under production. So we were looking for a new boy. After a month Sohail said â€˜Iâ€™ve seen a guy in the gym. He is the ideal casting for My Punjabi Nikah.â€™ I said thatâ€™s great, letâ€™s sign him. But then that guy simply vanished and reappeared after three months. We met that guy (referring to Aayush Sharma) at our home when our sister (Arpita) brought him and said I want to marry him. We agreed, and then Sohail told me, â€˜remember I told you about that boy at the gym for that film? Heâ€™s the boy!â€™ I said â€˜great, now our film will be made for free.â€™ So nepotism doesnâ€™t suit him! (laughs)â€

Arpita tied the knot with Aayush on November 20, 2014. Today they are proud parents ofÂ two-year-old son Ahil. Loveratri is scheduled to hit theaters onÂ 5 October 2018. Stay tuned with us for more Bollywood news and updates.

SHOCKING! Hrithik Roshan Broke Up With Sussanne Khan Because Of Her Affair?