Salman Khan’s Dabangg 3 trailer launch was a big hit. A grand event in Mumbai on Wednesday. When the event got over he immediately headed to his friend and producer Ramesh Taurani’s Diwali party. Salman attended the party with co-star Sonakshi Sinha and old friends Preity Zinta and Bobby Deol. 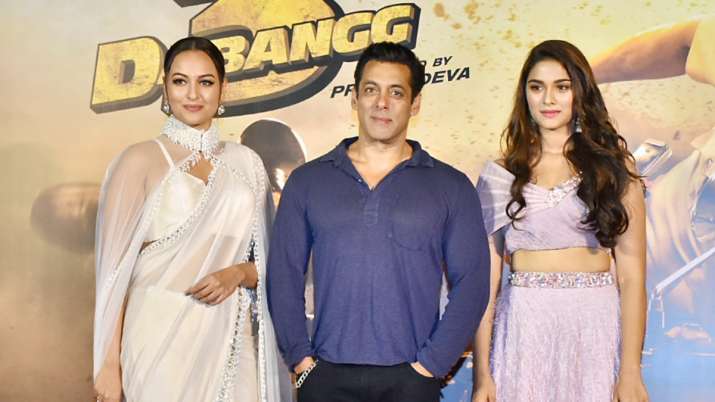 The best moment of the trailer launch which captured everyone’s attention was the little girl who requested Salman for a selfie and the superstar said ‘yes’ without hesitation. 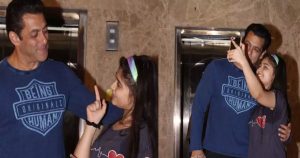 When Salman steps out of his house, he is not so friendly with people and fans who ask for selfies. When Salman came out from the party all the paparazzi started clicking his picture,  Salman called a little girl to come to him and clicked selfie clicked with her and also had a brief conversation by the end of which he blessed the girl and thanked her.

This video went viral on social media where Salman interacting with a cute girl,  Salman love for kids is infinite and he called her first for a selfie.  Salman then listens to her cute words carefully and blesses her. Bhaijaan was praised for his sweet gesture with the kid. He is often seen spending time with the kids in his family.

Everyone Are Sleeping At 'Housefull 4' Special Screening And The Reason Is Bobby Deol, video