Remo D’Souza, Mika Singh And Other B-Town Celebs Are Happy On Salman Khan Being Granted Bail 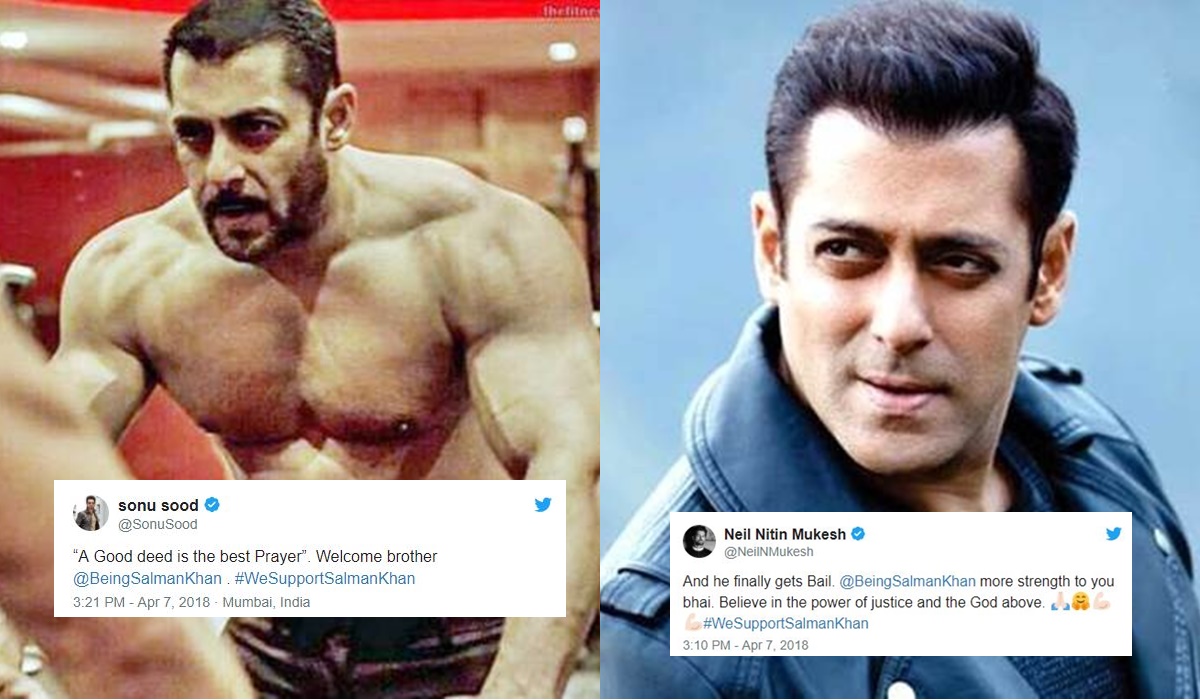 Remo D'Souza, Mika Singh And Other B-Town Celebs Are Happy On Salman Khan Being Granted Bail

Salman Khan has sentenced a five-year jail term in Blackbuck Poaching Case. But today he was granted bail by the Jodhpur Sessions Court.

Salman spent two nights in the jail and now he walks free. According to ANI, the actor has to sign some documents and have to furnish Rs 50,000 as a bond.

Now celebrities and his fans are happy that he is coming out. Check their tweets:

So happy for the bail of my dear brother @BeingSalmanKhan . Relieved. Come home. ‘JAI HO!’#SalmanKhan

I’m so happy that my brother @BeingSalmanKhan was finally granted bail! Today I will dedicate 2 songs to my big brother at @IPL 🙌🙌🕺🏻🕺🏻…, pic.twitter.com/H7S1auzLVz

And he finally gets Bail. @BeingSalmanKhan more strength to you bhai. Believe in the power of justice and the God above. 🙏🏻🤗💪🏻💪🏻#WeSupportSalmanKhan

Director of Salman’s upcoming film ‘Race 3’, Remo D’Souza, told PTI, “I am happy that he has got bail. After working with him so closely I have become a huge fan of him not only as an actor but also as a human being. Almost 90 percent of the shoot for ‘Race 3’ is over and the remaining portions will mostly be shot in India.”

Producer of ‘Race 3’ Ramesh Taurani said he is “happy” that the actor has come out of jail. “For us, Salman coming of this was more important. Our prayers have been answered. The shooting of ‘Race 3‘ is almost over, a romantic song is left, which will feature Salman and Jacqueline Fernandez.” —PTI