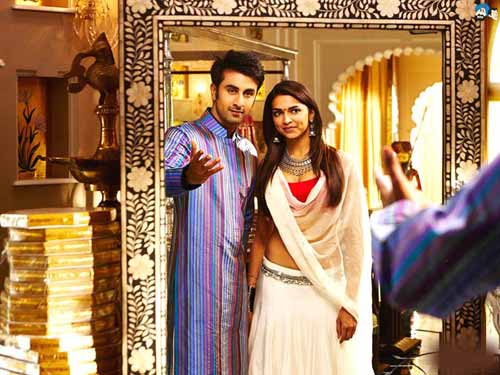 Actor Ranbir Kapoor might be going through a low phase in his career but his “Tamasha” co-star Deepika Padukone still considers him “a huge star who brings a lot in the film”.

The actress was present at a press conference of Axis Bank on Friday.

On being asked about working with her former beau Ranbir, whose last few films have not turned out to be hits, Deepika said: “Ranbir is a huge star, we all know that. Everyone has their ups and downs through their careers. I don’t think I am anyone to comment on what he has been through.”

Although both Deepika and Ranbir have worked with “Tamasha” director Imtiaz Ali in different films, this is the first time the two will be seen together in an Imtiaz’s directorial. Deepika calls it “a special project”.

The 29-year old said: “‘Tamasha’ is a very special film for all of us. We have all worked with each other individually in a different capacity. All three of us are very good friends and it was always a dream for me to work with this team.

“Tamasha” is slated to release of November 27.