Some year back down the lane, Ranbir Kapoor and Madhuri Dixit collaborated for an item number ‘Ghagra’ inÂ 2013’s one of the hit film- ‘Yeh Jawaani Hai Deewani’. Once again Ranbir is collaborating with Madhuri inÂ Bucket List which isÂ Madhuri’sÂ debut Marathi film- Bucket List, which will be presented by Karan Johar’s Dharma Productions. As we know Ranbir is a huge fan of Madhuri, so obvioulsy he didn’t turned down the offer of being part of the film.

As per sources, â€œRanbir is a huge Madhuri fan and when he was approached for this film he readily agreed. It is only a special appearance and he shot for it a while ago. The makers are really happy with the result.â€

[Also see:Â You Might Have Not Noticed SUNIL GROVER In This Movie Of Ajay Devgn] 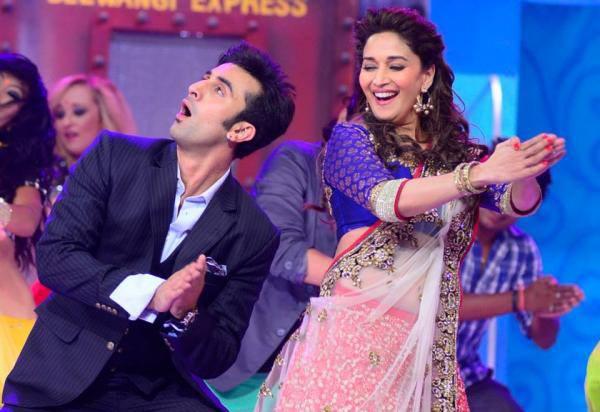 Recently Madhuri was asked why she made a decision to make a debut in Marathi film after 30 years of Bollywood career. To this actress said- “I have received a number of scripts over the years, since doing a Marathi film was always something I was open to. But the scripts didn’t excite me as this one did. When I read this script, it stood out and with the amazing team behind it, I knew that this is what I wanted to be a part of.”

On work front, Ranbir Kapoor isÂ currently busy prepping for Ayan Mukerji’s ‘Brahmastra’ in which he is paired opposite Alia Bhatt and television actress Mouni Roy will be seen in negative role.

[Trending:Â Conjoined Sisters Saba And Farah Want To Be With Salman Khan In Jail!]

Share your thoughts in comment section below and stay tuned with us for more latest news and Bollywood updates.

This Bollywood Actress From Airlift Is Hospitalised!

From On-Screen Mother To On-Screen Brother, These 5 Close People Left Salman Khan In 2017