Rahul Sathu- a Canadian Singer, Music Producer, Audio Engineer, has stepped into Bollywood as a music producer in ‘Race 3’. Earlier he has worked in Tamil movies as a music producer and now with Race 3 he has made an entry into Bollywood. He has worked on two songs of Race 3-‘Ek Galti’ and Sansein Hui Dhuan Dhuan’. Race 3 proved to be a big break for Rahul and talking about the opportunity he said, “I was in Canada and one day my friend Shivai called me and told me that he is doing a song for Salman Khan’s upcoming movie and he wanted me to be part of it. As soon as the song was done, he wanted me to produce one more song and that song was for Race 3. The basic version of ‘Ek Galti’ (Race 3) was already there and then I produced the whole track and everything was done in Canada.” A talented team of music composers like Salim Sulaiman, Meet Bros, Shivai Vyas, Gurinder Seagal, have worked for Race 3 and it has a superb background score and music. You will hear a song ‘Sansein Hui Dhuan Dhuan’ running in the background. Talking about this, Rahul said, “One of my friends Gurinder Seagal contacted me for the song and he wanted me to be part of it. I am really happy that Race 3 is my first Bollywood movie and specially because Salman Khan was part of it.” 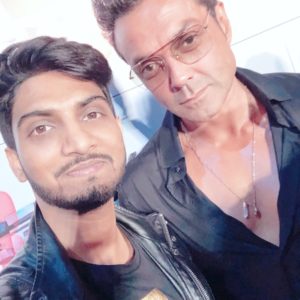 Rahul is the new talent in town and we want to see more of his works in the near future. He is currently working on Remo D’ Souza’s ‘Nawabzaade’ and ‘Time To Dance’. 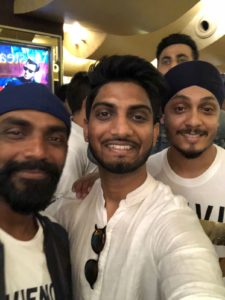