After raising the bar with ‘NH10’, Anushka Sharma’s second home production, Phillauri trailer is out and if you thought the logo was full of stardust, you’re in for a surprise. Teaming up for the first time, Anushka and Diljit Dosanjh will leave you enthralled with their refreshing chemistry, leaving you wanting for more. A romantic comedy, set in the backdrop of Phillaur, Punjab, the movie promises to bring out the unseen in Anushka, in a quite literal sense. The actor-producer (who is co-producing it with her brother, Karnesh) is playing the character of a ghost and one you’ll fall madly in love with!

That star cast of ‘Phillauri’ also includes Suraj Sharma of ‘Life of Pi’ fame and Mehreen Pirzada who look made for their characters. And if the synergy of the entire cast is anything to go by, the film is all set to bring dollops of drama with the right dash of craziness!

Mind you, there’s lots to love, and giggle about in Anushka Sharma’s next film Phillauri. 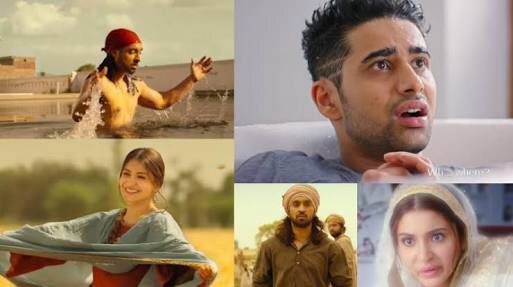 It begins with Suraj Sharma being declared maanglik, and therefore he needs to marry a tree (a common practice to ward of the evil). However, a ghost stuck in the tree (Anushka Sharma) starts to haunt (we use this term loosely) him, claiming he is now married to her.

Anushka looks ethereal as the ghost, even as the VFX (which makes her float and gives her a halo effect) reminds you of Amitabh Bachchan in Bhoothnath. She’s a friendly spirit, who then follows around Suraj’s character all around his house. This creates quite some tension as he is due to get married in a couple of days. 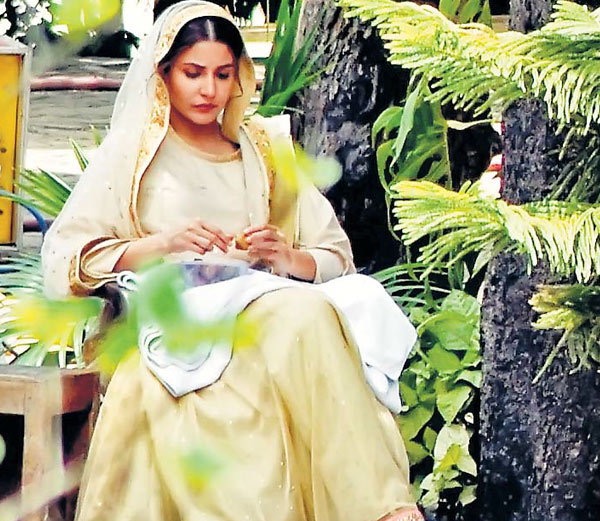 However, the tone of the film changes completely when someone asks Shashi, the friendly ghost, if she has any remaining desire, because of which she is lurking around. We then go into a flashback, many centuries ago, in Punjab.

It’s a fascinating world, quite different from the colourful, contemporary setting that the trailer starts with. 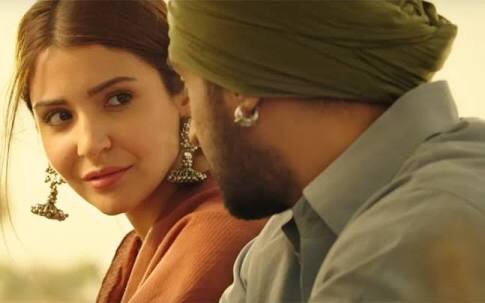 In it, Shashi tells her lover (Diljit Dosanj, looking quite dashing) who is a singer, that he has the power to change the world with his voice. He vows to come back to her only after he has made a name for himself. They both look quite in love, and we are shown how much goes wrong once he leaves.
The film then sets out to show you how the two worlds merge, via one spirit. A quirky and entertaining trailer, Phillauri looks and feels a lot like Love Aaj Kal, what with the sepia tones that are used to depict old-world Punjab. Anushka is the holding ground of the trailer, while there is much intrigue about Diljit Dosanjh.

Leaving us with a trailer that has a mysterious ending. the Phillauri trailer is absolutely magical and something refreshing for movie lovers!

Though we have seen a similar concept in SRK and Rani starrer Paheli, where the ghost follows the bride and disguises himself as her husband, Phillauri looks slightly different and we’re hoping for a gala time at the theatre. 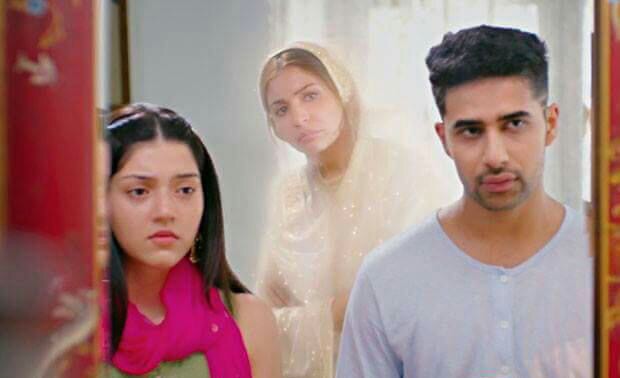 The magical moments intrigue you enough, to get impatient to watch this movie. Anushka looks breathtakingly beautiful!

Phillauri releases on 24 March. Anushka had shown the trailer to members of the film industry over the weekend, and they had all tweeted lovely things about it. In a one of a kind marketing ploy, Anushka released the trailer while on a live Facebook chat.

Phillauri shows every sign of stealing Bollywood’s thunder this year!