“My Marriage And Daughter Mehr Have Brought Me Luck,” Angad Bedi 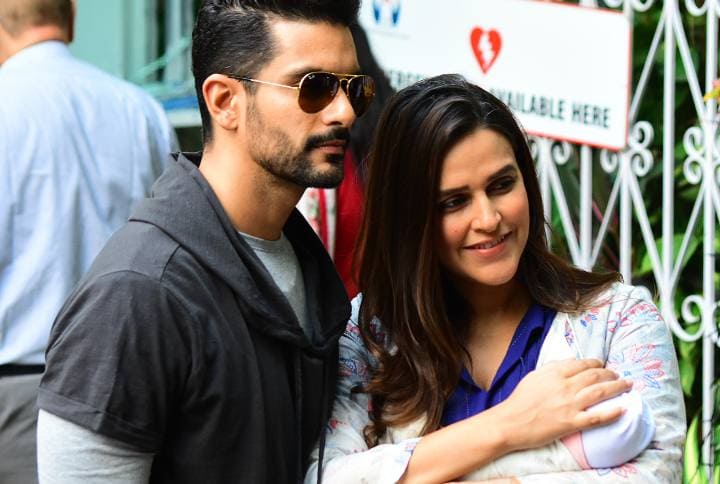 Neha Dhupia and Angad Bedi got married in a private ceremony on absolutely no notice in presence of their family members and close friends! Although their sudden wedding gave rise to a lot many questions about the Neha being pregnant before marriage, the duo kept on denying any such happenings! Well, all of the speculations came down to a standstill when Neha Dhupia and Angad Bedi got blessed with a baby girl, six months post their marriage! They named their baby girl Mehr Dhupia Bedi and here’s the new father, Angad Bedi talking about his marriage and daughter and how it has brought him luck!

While in conversation with a leading media house, Angad Bedi talked about his daughter Mehr Dhupia Bedi. Talking about his daughter, he said, “I give her a bath, feed her; I am comfortable doing these things because my father (Bishan Singh Bedi) was hands-on when it came to my sister and me. My dad said that my eyes have changed. He said that before we become fathers, we think for ourselves, but now, I think for my family first.”

Neha Dhupia and Angad have been taking parenting tips from Karan Johar, the single father! Talking about how and what change marriage and daughter have brought about to his life, Angad says, “My marriage and daughter Mehr have brought me luck. I hope Mehr takes after Neha – she’s honest, has come up the hard way and is caring. He said that Neha and I will have to juggle our projects. We will also want Mehr to travel with us as much as possible.”