Kareena Kapoor Khan has broken all the pregnancy norms by flaunting her baby bumps on the ramp, doing photoshoots, assignments and going out for parties soon after the birth of Taimur. She has gone for fitness training to get back in shape after the delivery. She has inspired many women with her journey by breaking the stereotypes. 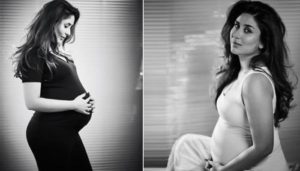 As per reports, Kareena has been approached by two leading newspapers to write about her pregnancy journey and give tips to the pregnant women. Kareena has agreed to pen down about her motherhood journey.

Earlier talking about maternity and stereotypes Kareena said. “I agree that very often, pregnant women are seen as ticking time bombs, but that perception never bothered me. I generally do things that I want to do and enjoy. Being pregnant and still being out there was something I chose to do. Everyone has an opinion in India, especially when it concerns women. ‘Hey, you’re old enough to be married.’ ‘Oh, you must have a baby now. It’s the right age.’ These statements don’t resonate with me because as someone exposed to global cultures, I know that people in the West reproduce even when they’re well past their 40s.When you want to have a baby should be your choice.”

One of the sources close to Kareena said, “The offers came in last month and she is giving it serious thought. While she believes writing requires dedication, she wants her thoughts to reach people far and wide. In the glam world, pregnancy is equated to a disease and an actress’ career is considered over once she has a baby. Her book will attack the stigma around pregnancy and how she was able to shatter the so-called norms.”