Shahid Kapoor who was dating the Bollywood royalty Kareena Kapoor back in the days, is now happily married to Mira Rajput. Looks like his brother Ishaan Khattar is following brother Shahidâ€™s footsteps by seeing a Kapoor girl. He was seen hanging out with Srideviâ€™s daughter Jhanvi. They say it was a causal movie date though. We wonder how casual it was! 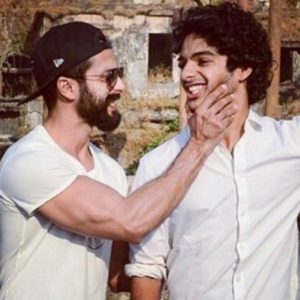 Also Read: Shahid Kapoor On Kangana Ranaut, â€œI Wish She Gets Along With Some Co-starsâ€

Top 6 Movies of The King Of Romance sharukh khan

Bollywood movies of 2017 that will excite you!