The trailer launch of the film franchise Houseful 4 is out and fans are going crazy with everyone’s role. The netizens have up their sleeves to start making memes on Twitter. Some dialogues of Housefull 4 became so famous that memes are made for the trollers and it will surely crack you up! 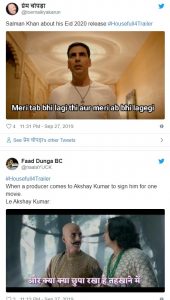 On September 26, Chunky Panday’s 57th birthday, Akshay Kumar released Chunky’s character poster from Housefull 4, and wrote, Wishing you as many laughs that you spread as Aakhri Pasta’ Happy birthday, my friend @ChunkyThePanday. Love and happiness always. 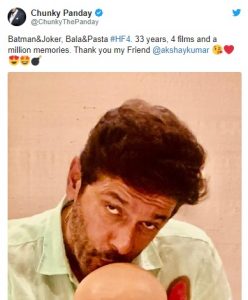 Chunky thanked Akshay for his wish with a picture of the two of them from the launch. Chunky wrote, Batman&Joker, Bala&Pasta #HF4. 33 years, 4 films and a million memories. Thank you, my Friend, @akshaykumar. 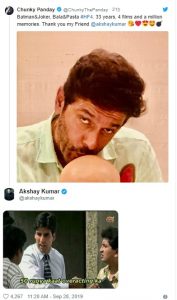 Kapil Sharma And Priyanka Chopra's Talk On The Show Will Be The Epic Episode Ever, Here's Why 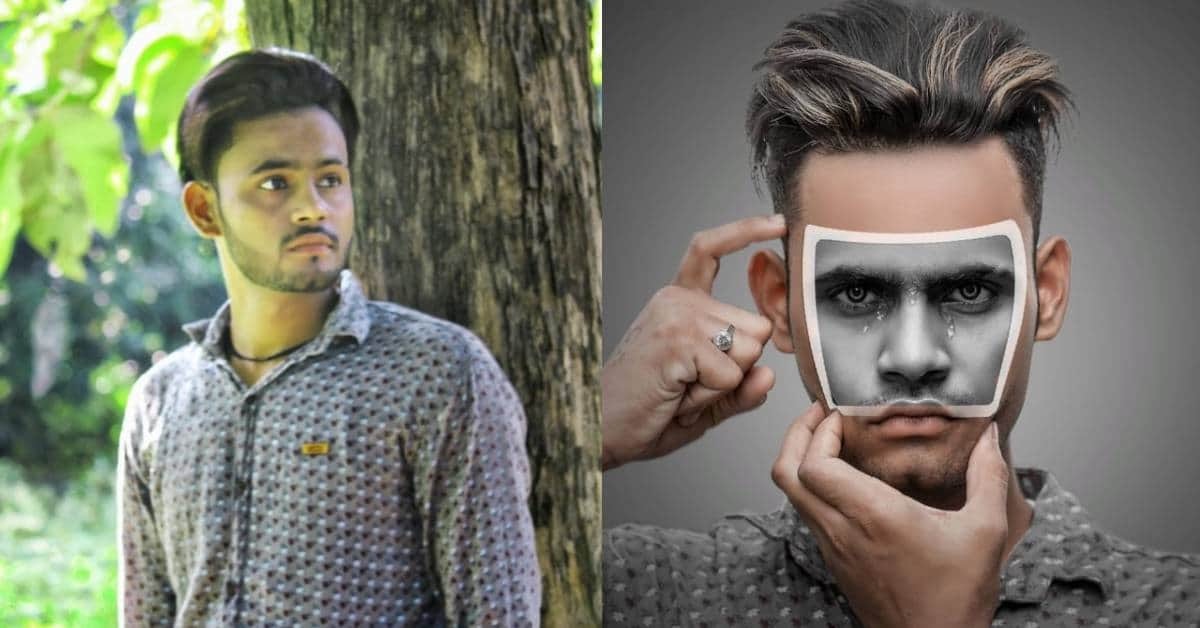