Bollywood actor Shah Rukh Khan is world famous and this is not a big thing if any Hollywood producer or director wants to cast him in his films. In the past too, Shah Rukh Khan got a number of Hollywood movie offers but SRK rejected it. SRK, who is always happy in the Bollywood space, says that he loves to be in Hindi movies and explore in it rather than working on a Hollywood movie. In the latest interview with Director Paul Feig, he reveals a lot about our own King Khan.

Director of Comedy Flick ‘Spy’, Paul Feig reveals that his wife Laurie Karon loves Shah Rukh Khan Movies and ‘Om Shanti Om’ is her favourite. So in the future, he is in a mood to cast Bollywood superstar Shah Rukh Khan into his movies so that his wife feel happy. Well, the director even showed interest to come down to Mumbai and have a dinner with King Khan.

Interestingly, Apple CEO Tim Cook was on the India Tour in May 2016, when he visited SRK home and had a big dinner party with him. Soon after that, Paul Feig’s wife eagerly wanting to visit his favourite actor SRK’s Home. Well, SRK has already given the green signal for this dinner party at Mannat and we hope to see Paul Feig Family do visit the Baadshah soon.

Paul Feig’s latest movie is ‘Ghostbusters’, which is a remake of 1984 Cult film of the same name. The interesting thing about the story is, it is a female dominant movie starring Melisa McCarthy while the older part was pure with male dominant leads.

‘Ghostbusters’ has already released on July 15 in United Stated and scheduled to release in other parts of the world in the coming weeks. It would be to see how King Khan responds on this. 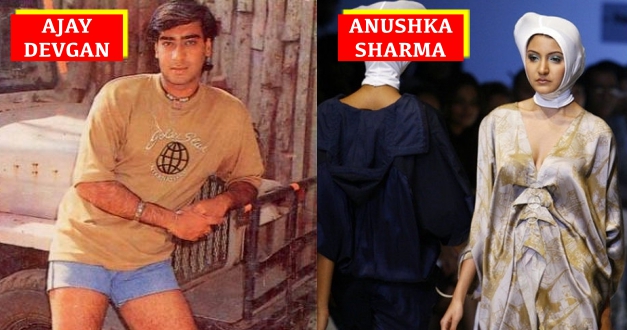 29 Unseen Pictures Of Top Bollywood Stars From Their Modelling Days!