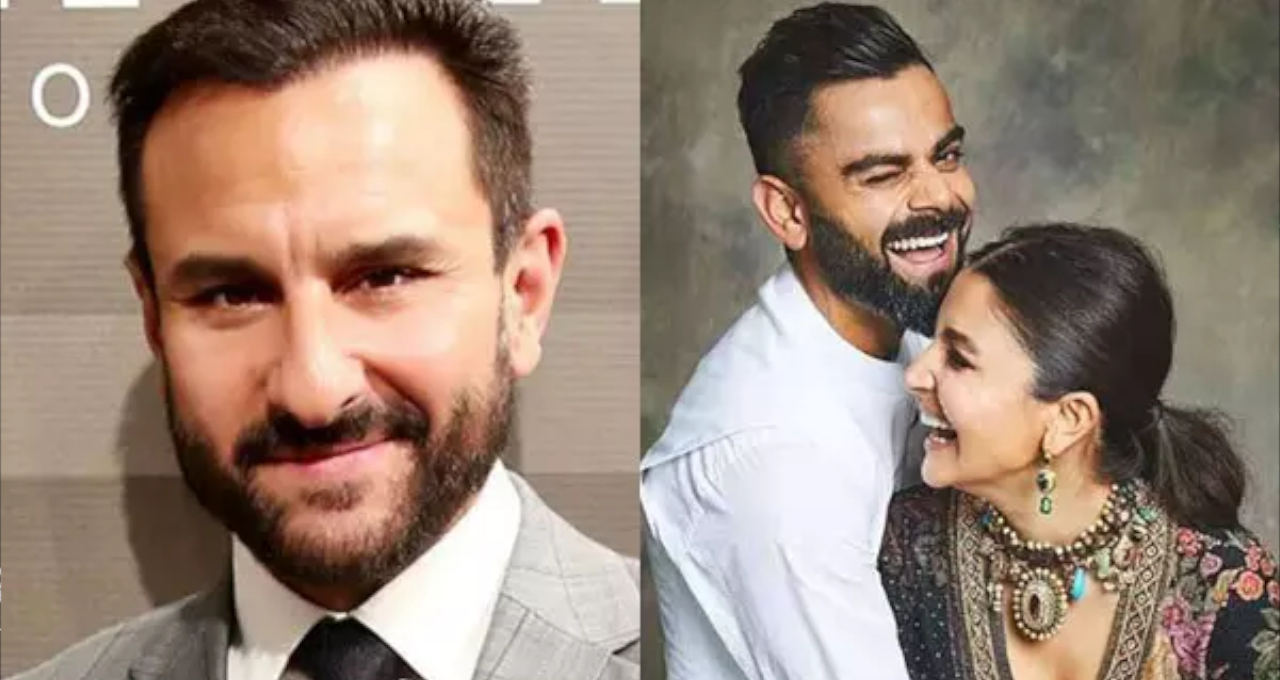 Saif Ali Khan, who has been married twice – first with Amrita Singh and currently with Kareena Kapoor Khan, has some praise for cricketer Virat Kohli and Bollywood actress Anushka Sharma as husband and wife.

The actor, who received praises from the audience as well as critics for his performance as Uday Bhan Singh in Tanhaji: The Unsung Warrior and tickled our funny bone with Jawaani Jaaneman, was recently at his wife Kareena Kapoor’s radio talk show.

Kareena questioned Saif about the complexities in a marriage and went on asking to name one Bollywood couple who according to him is really acing at marriage. In reply, the Nawab said, “I like Virat and Anushka. I think they are a really balanced couple. Maybe it’s because you know my parents (Mansoor Ali Khan Pataudi and Sharmila Tagore) had a similar balance. So, I appreciate that like a movie star and a cricketer.”

Kareena quickly added that not only Virat and Anushka, but even they themselves were doing great in their marriage. “It’s not good to praise yourself. We are at least setting some kind of goals in some way,” said Saif.