Actor Sanjay Dutt has gone through a hard phase of his life and his trials and jail terms have haunted him for 20-23 years. Dutt was on the peak of his career and then the 1993 Mumbai blast turned his life upside down. That single day changed the life of the rising star. March 12, 1993, was a black Friday for Sanju. A series of 12 bomb explosions shook the entire city. The blasts were accomplished by underworld don, Dawood Ibrahim, and his subordinates Tiger Memon and Yakub Memon. The multiple blasts took the lives of 257 people 717 were injured. 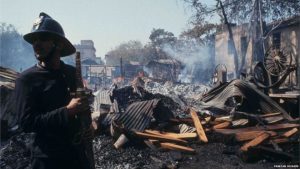 Samir Hingora and Hanif Kadawala, who were the proprietors of Magnum Video were also linked to the D-company. Sanju once asked for guns for his safety and when Samir Hingora and Hanif Kadawala were arrested, Sanjay’s was also convicted of the blast. He was detained by the Mumbai Police and was taken into custody under the Terrorist and Disruptive Activities (Prevention) Act in April 1993. Though the charge of Sanjay’s involvement in terrorism was dropped, he was convicted of illegal possession of weapons. 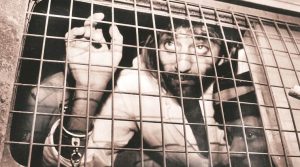 Do you have ever questioned that who was the first person to know Sanjay Dutt’s has illegal weapons at this home? The first person to break this story was crime reporter Baljeet Parmar. Mumbai Police took Sanjay into custody after Parmar published the news. In an interview to IndiaTV Baljeet has narrated the whole story. He said: “One month after the blast i.e on 12th April I went to Mahim police station to get some details on the investigation. I met a senior IPS officer who was a good friend of mine. When I asked him about the development in the case, he told me that an MP’s son is involved in the blast. The whole day I was thinking about who is the MP and his son? But I didn’t mention about this to anyone. I investigated this matter for 24 hours but couldn’t get any clue. Late night I again went to the police station and then I asked one of the officers ‘Sir I have heard that you have arrested an MP’s son’. He then said he is shooting in foreign. Then I was sure that the MP was Sunil Dutt and his son Sanjay Dutt. I tried to call Sunil Dutt as he was my good friend. He was in Germany. I called him many times but couldn’t connect with him. Then I realised that he was avoiding me. I was totally sure about it and then I published the story in the daily. Then Sanjay saheb called me saying ‘what have you done?’. I said that I have written the story on confirmed information. He then took the number of Police Commissioner. He called the Commissioner saying that if there is any case against him he will immediately come from Mauritius. The police knew that he will elope once he knows about it. The Commissioner said Sanjay to come back once he finishes his shoot. Then he again called me and said that the story against him was not true. I then suggested him of surrendering all the weapons. After 2-3 hours he again called me and asked what to do. I advised him to send his servant with the weapons and surrender in Bandra Police station. Instead of doing this, he asked his friend Yusuf Nulwalla to destroy the rifle. On April 19, 1993, when he arrived Mumbai, Mumbai police arrested him at the airport.”