Anil Sharma’s ‘Genius’ hit the screens on 24th August. A director who is known for his formula using ingredients of love and patriotism is back to enthrall us with the same combination in a different avatar. This time he has launched his own son Utkarsh Sharma as the lead. Utkarsh is fondly remembered by all for playing Sunny Deol & Ameesha Patel’s son in Gadar. 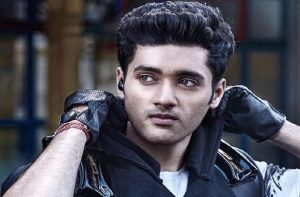 As Utkarsh is making his debut with his father’s movie, everyone’s eyes are on the charming lad. He looks much confident as a debutant. The movie also stars Mithun Chakraborty, Ayesha Jhulka and Nawazuddin Siddiqui in pivotal roles. In an interview, Mithun and Nawazuddin were all in praise for the young star.