The Multi-Talented actor Viineet Kumar got recognization from the film Mukkabaz and the film Gold. Finally, talented people are getting a platform and also people are appreciating the hard work. Like Rajkumar Rao and Ayushmann Khurrana, even Viinneet have struggled and shown the ability in the Industry and got popular on his own. 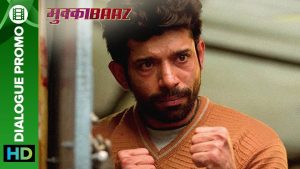 As an actor, Viineet was introduced by Anurag Kashyap’s film Gangs Of Waaseypur and as a lead actor in Mukkabaaz. Not only these films but he also appeared in the films like Ugly, City of Gold, Bombay Talkies and Gold.

Apart from an incredible actor he is a certified doctor off-screen, a sportsperson and  a style icon too. He just slays when it comes to street style. His Instagram profile is worth watching.

From a simple silhouette to a more complex and structured one, he carries both of these looks with grace. He is a part of Netflix film Betaal with Red Chillies Production house.

He was interested in sports and played Basketball on a National level. He is a licensed medical practitioner with an MD (Doctor of Medicine) in Ayurveda.