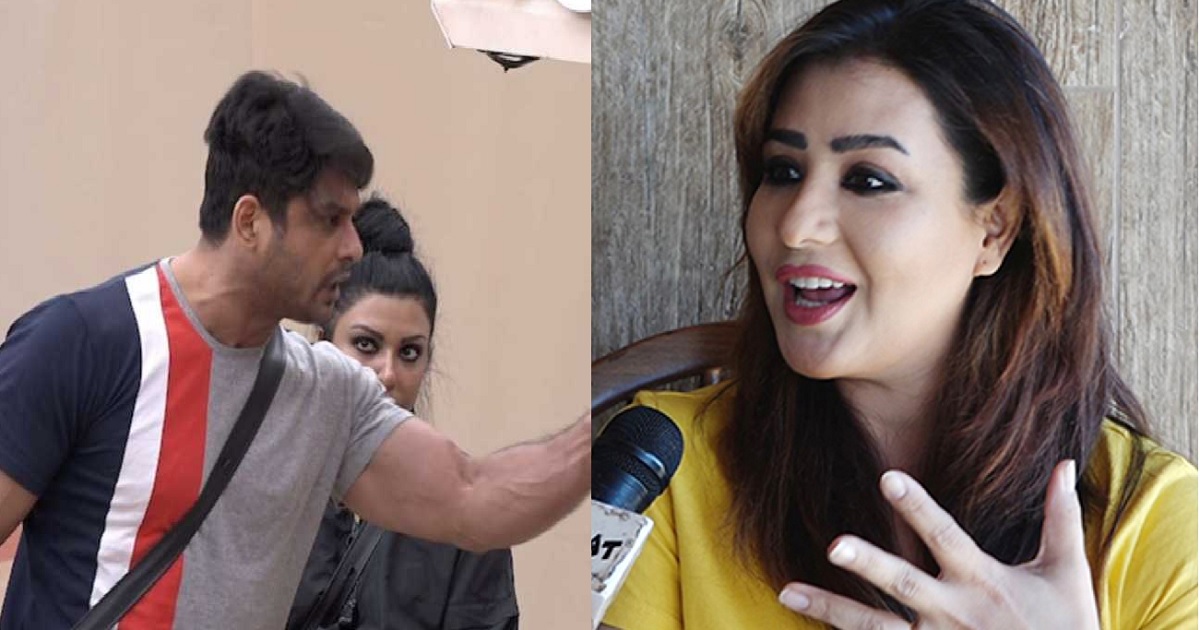 What did we hear in the audio of Sidharth taking your name again and again?
Yeh ek conversation hai between a boyfriend (Sidharth) and girlfriend (Shilpa), kaafi maar-peet ke baad. Isne mujhe chalti gaadi se bhi feka hai. Ab main kichad mein utar aayi hun kyunki aaise insaan ko winner banayenge to baakiyon ke saath nainsaafi hogi.
Read More: Salman Khan Finally Responds To Vivek Oberoi’s Controversial Tweet Featuring Him And Aishwarya
So, are you saying Sidharth has hit you? When did you both get involved?
In 2011. Hamesha maarta tha. I have even filed a police complaint against him.
How did you guys meet?
He is a family friend. We met at a wedding and then went for a few coffee dates. It was a casual relationship. But he took it to another level and started saying, ‘tum time pass kaise kar sakti ho, pyaar nahi hai tumhe?’ But you don’t fall in love in a few days with someone!
What sort of a person was he when you guys were dating?
Very over-possessive, demanding, aggressive and abusive. If I was not traceable, he used to constantly call and check and then say things like, ‘Kaha mara rahi thi?’ This is even a toned-down version, Ek dum se phir sorry bol dega, pair padd jaayega.
Why are you talking about it now?
I am feeling bad to talk about something so old. Mujhe gadde murde nahi ukhaadne. But I am feeling terrible that someone like him has a chance of winning the show. That’s why I am coming out and exposing him that please don’t make such a guy a winner.
Did your parents not interfere?
No, he used to respect my father a lot. But my mother didn’t like him and he also hated my mother.
Did he stop calling you eventually when you said you want to cut off?
Nahi yaar. Isne bahut drama kiya hai. Raaste mein he used to make me stand and say ‘tu bahut popular hai na, dekhte hai kitni popular hai’. Then, finally, when he got Balika Vadhu, I started cutting off but bahut pyaar se. Dheere Dheere karke pyaar se maine picha chuddaya. Bahut hi zyada psycho hai.