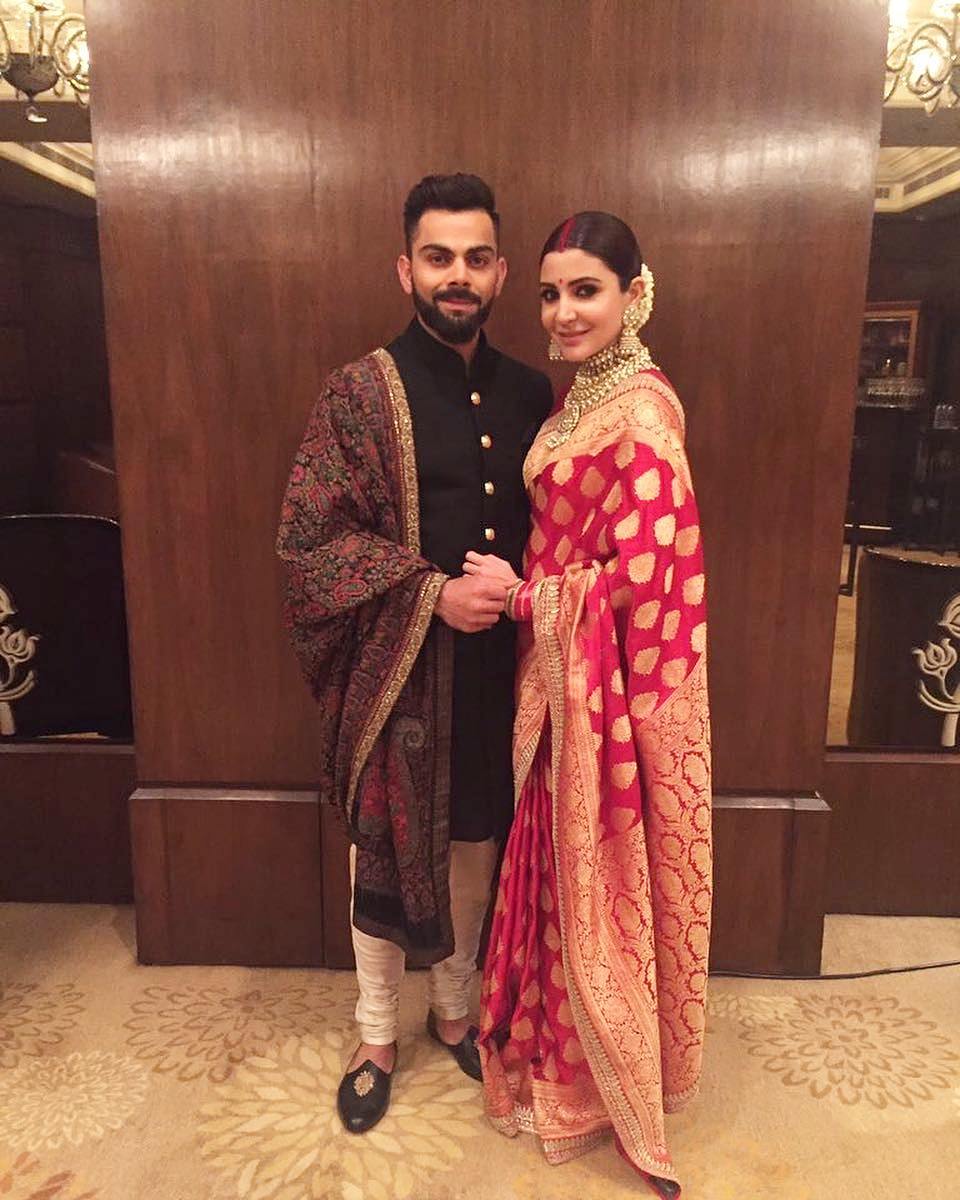 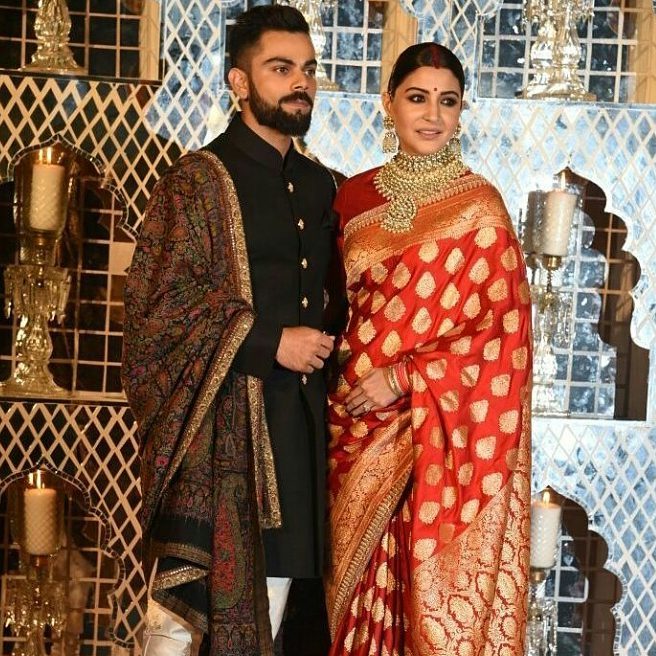 Earlier this month on December 11, Virat Anushka at Borgo Finocchieto which was named by Forbes as the second most-expensive holiday destination in the world. They hosted a close-knit ceremony where only close family members were present. 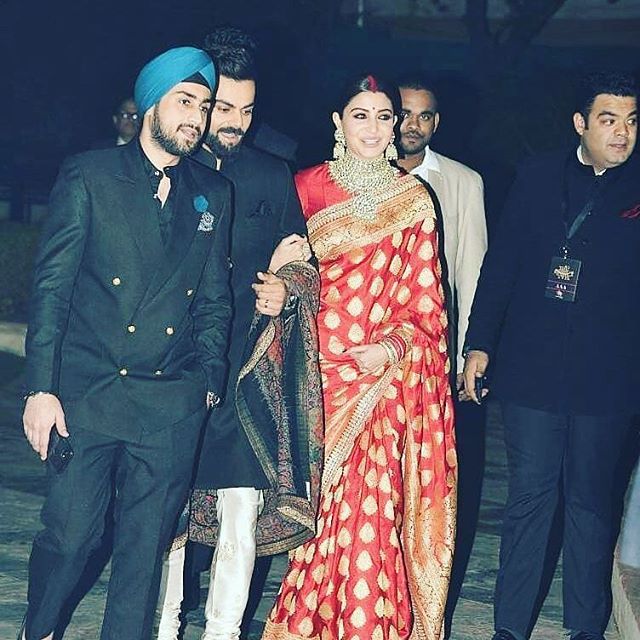 The couple decided to host two wedding receptions- one in Delhi for the family and friends who weren’t able to make it to the wedding and also for the Delhi based-crickets, Businessmen and politician. 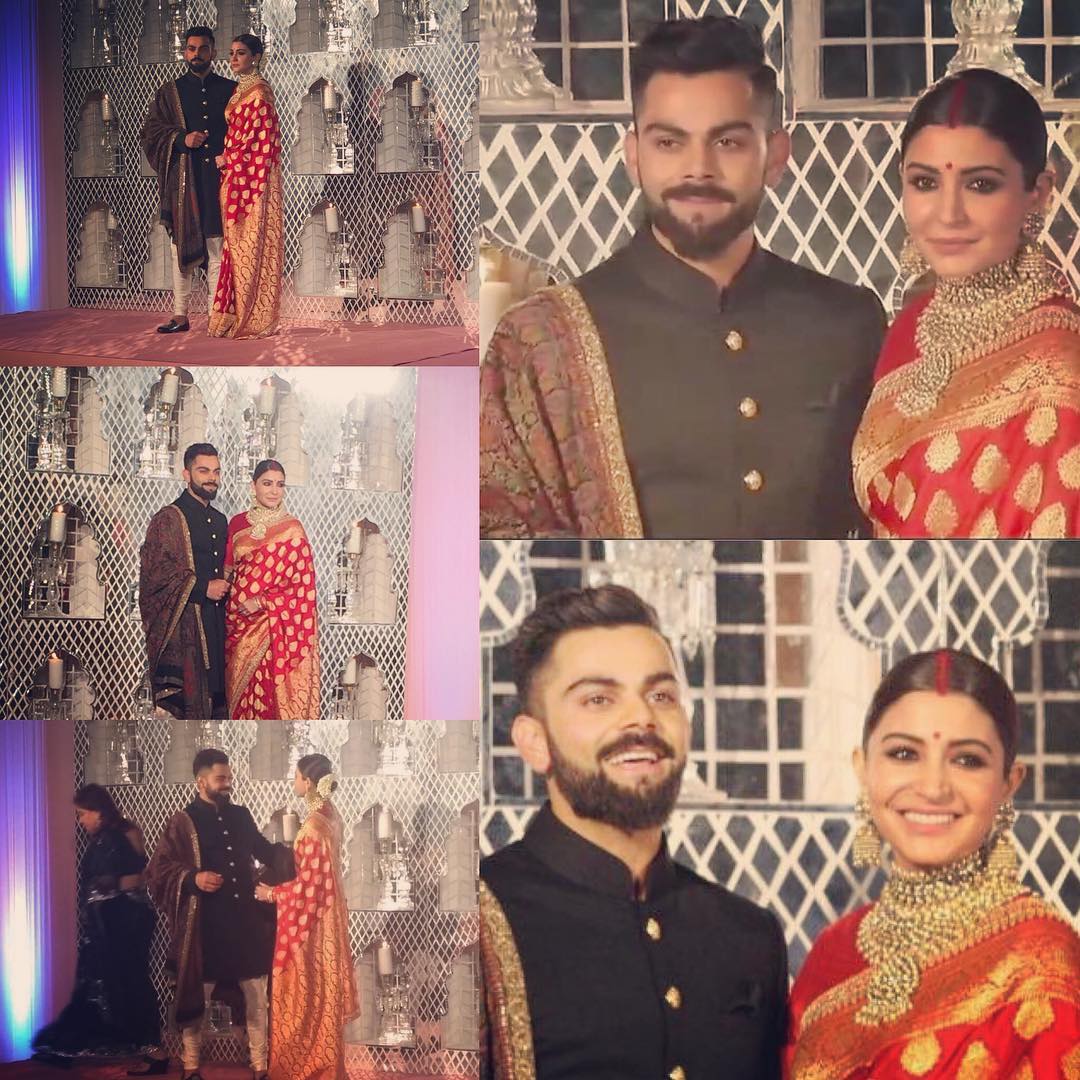 Virat Kohli and Anushka Sharma have also invited Prime Minister Narendra Modi for the reception at the Taj Diplomatic Enclave in Delhi. The another reception will take place on 26th December where friends from the industry as well as other cricketers will be spotted. 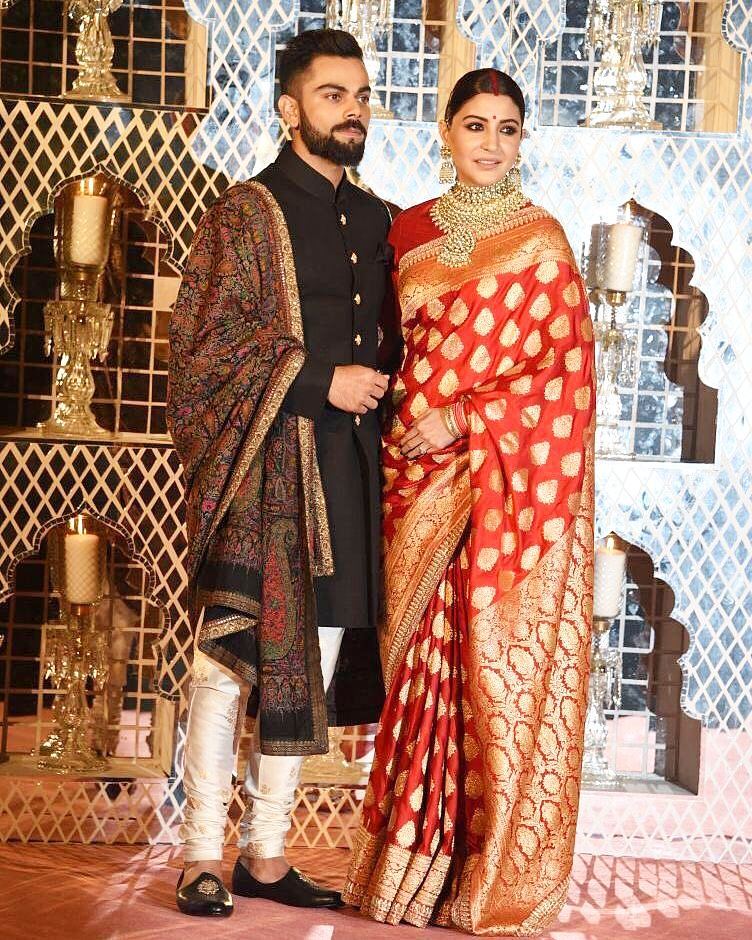 Virat Kohli chose to complement his new bride in a very subtle and elegant manner. He wore a black textured silk signature Bandhgala with the house buttons in 18k gold and a white silk kurta with hand woven brocade churidar. He teamed it with mojris from Sabyasanchi accessories line and a hand-embroidered antique Pashima shawl. 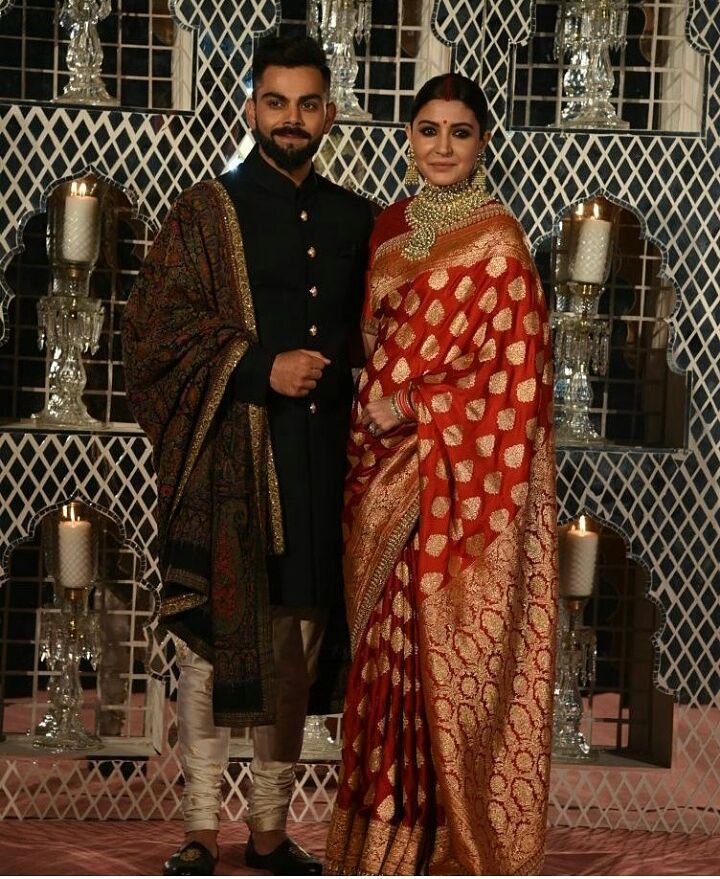 Anushka wore Sabyasachi’s red Benasrasi Saree. With such beautiful saree, she chose to wear a heritage uncut diamond choker and jhumkas from Sabyasachi’s jwellery collection. The red bindi, sindoor and mogras in her hair enhanced her look. 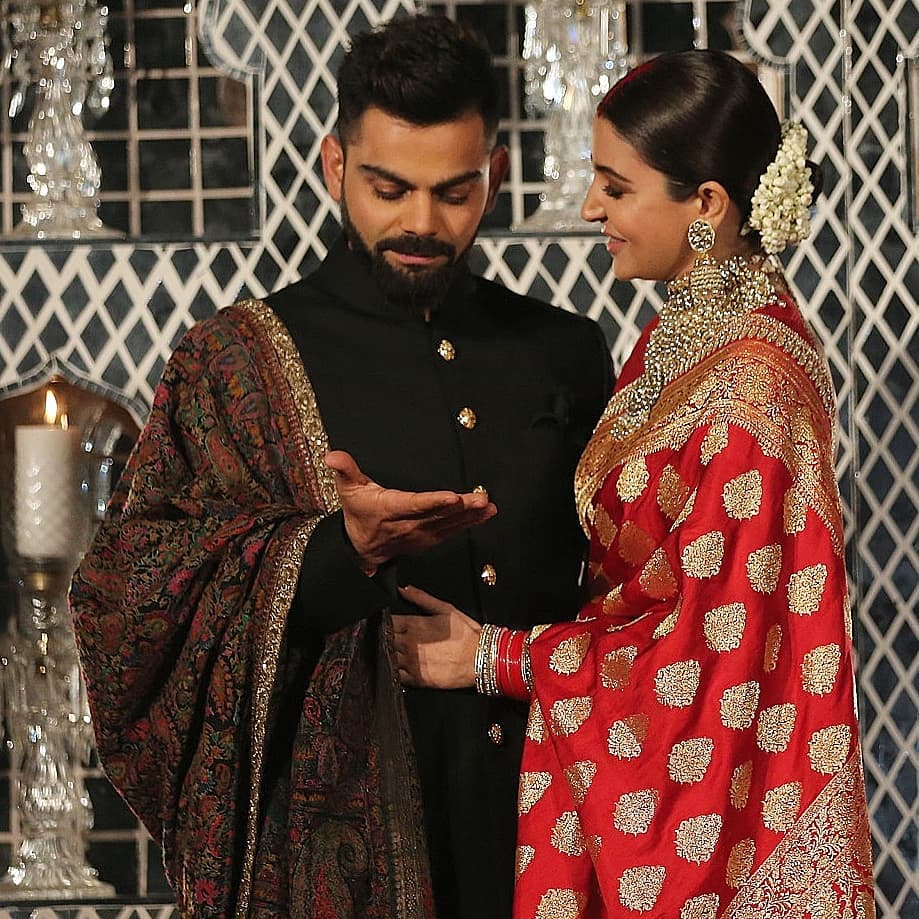 Here are some videos from Virat- Anushka Sharma Wedding Reception which made their way on social media: