Brothers is an upcoming Hindi film, directed by Karan Malhotra and produced by Karan Johar under Dharma Productions along with Lionsgate Films and Endemol India. The film is an official remake of the 2011 Hollywood film Warrior It stars Akshay Kumar, Sidharth Malhotra and Jacqueline Fernandez in lead roles and also features Jackie Shroff in a pivotal role. Principal photography began on October 2014 and the film is scheduled for release on August 14, 2015 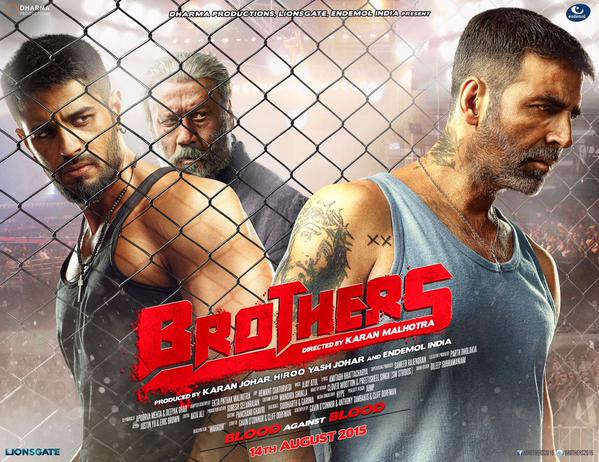