Earlier this year in March Malayalam actress and former air-hostess, Gilu Joseph, came into limelight and she grabbed the headlines for the cover of Malayalam fortnightly magazine, ‘Grihalakshmi’. The actress posed while breastfeeding a baby. Breastfeeding is normal and it is not shameful. The cover got mixed reactions. If some praised it, there were some who commented it as a shameful act.  Even the matter reached to Kerala High Court. 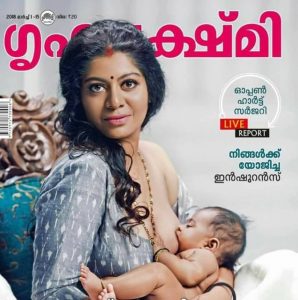 Gilu Joseph was brutally trolled by the netizens but she was not someone to stay quiet. She said, “I have only done things that I have believed is right for me. I must have failed, but I have no regrets. Women should breastfeed freely, without any sense of fear or inhibition and that is my message in the article too, but people began criticising even without reading what I had to say.”
Joseph is 26 years old and unmarried. Netizens asked her questions as what made her do this. She said, “When I had come across the ‘breastfeed freely’ campaign, the makers were looking for anybody who would be willing to feature on the cover. I grabbed the opportunity because I have never been taught that breastfeeding is a sin & something to be covered up.” 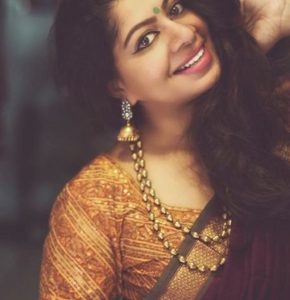 Now, TV actress Divyanka has come up with her statement on this. She has spoken on the controversy raised due to the cover photo. She said, “I am with the verdict of Kerala Court and thank the court for their decision. I would also like to appreciate Grihlakshmi and Gilu Joseph. This initiative is very necessary. I have always seen my friends and relatives facing problems while breastfeeding in public. In our country, there is no provision for breastfeeding in public places.” 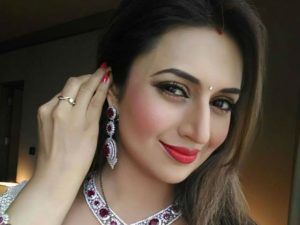 She added, “A mother is a mother. If she wants to breastfeed her child then there is nothing obscene about this. Let me tell you, Gilu Joseph was heavily trolled for her cover page picture on breastfeeding. Some people called it a publicity stunt and someone said that it was spreading obscenity. Through this shoot, Gilu has given the message, ‘Women are absolutely free to do breastfeeding at any place.”