Popular singer and actor Diljit Dosanjh recently photoshopped himself in a picture of Ivanka Trump posing in front of the Taj Mahal. The first time any actor photoshopped himself with the celebrity and it is hilarious. Diljit’s witty comments and love for Kylie Jenner has made his fans have laughed all times. 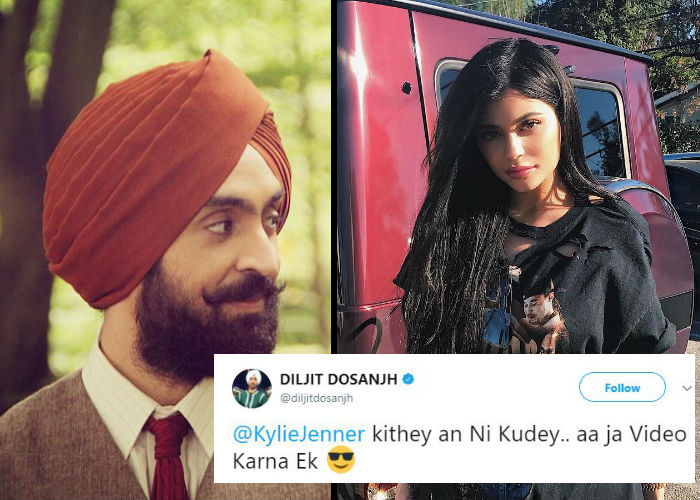 However, now the singer has found his love in US President Donald Trump’s daughter Ivanka Trump. He posted a photoshopped picture of himself with Ivanka Trump in front of the Taj Mahal. He took to his twitter and wrote,

“Me & Ivanka Piche hee Pey Gaee Kehndi Taj Mahal Jana Taj Mahal Jana..#tajmahal Mai Fer Ley Geya Hor Ki Karda (She was after my life to take her to Taj Mahal. So I took her, what else could I have done?)”

To everyone’s surprise, Ivanka played and replied to his hilarious post. She wrote,

“Thank you for taking me to the spectacular Taj Mahal, @diljitdosanjh! It was an experience I will never forget.”

It got more interesting and funny when the actor-singer was stunned by Ivanka’s reply and wrote,

“OMG Athithi Devo bhava Thnx @IvankaTrump I Tried Explaining Everybody that it’s not a Photoshop. See You Soon … Next Visit LUDHIANA For Sure. HUN KARO GAL (Who was saying, ‘what now’?)”

I appreciate the warmth of the Indian people.

…I made many new friends!!! https://t.co/MXz5PkapBg

Ivanka Trump was in India for two days along with her father US President Donald Trump to attend the event ‘Namaste Trump’ and in between, also visited the Taj Mahal. Her pictures got trolled but she took it sportingly and replied to it.