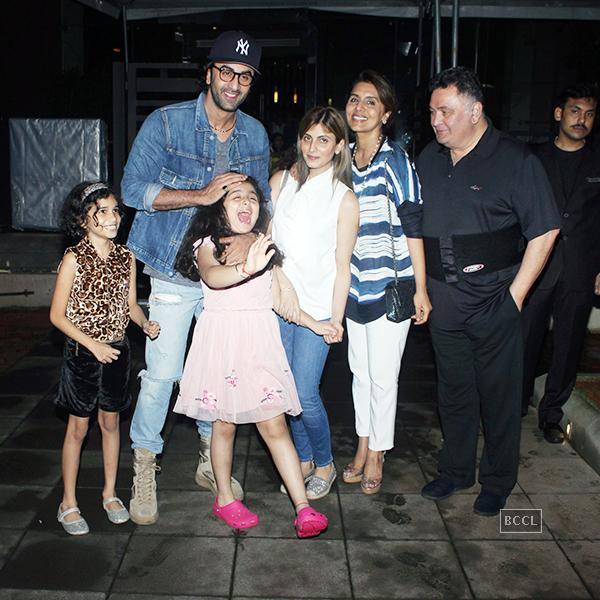 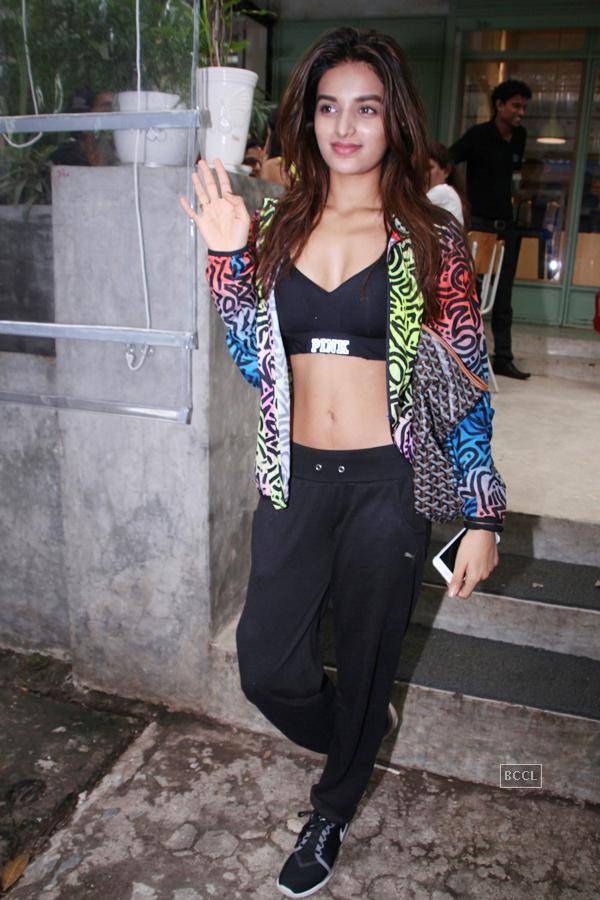 Sridevi’s daughter Jhanvi Kapoor was spotted with the paparazzi at Astian restaurant in Bandra, Mumbai. The actress is gearing up for her Bollywood debut. 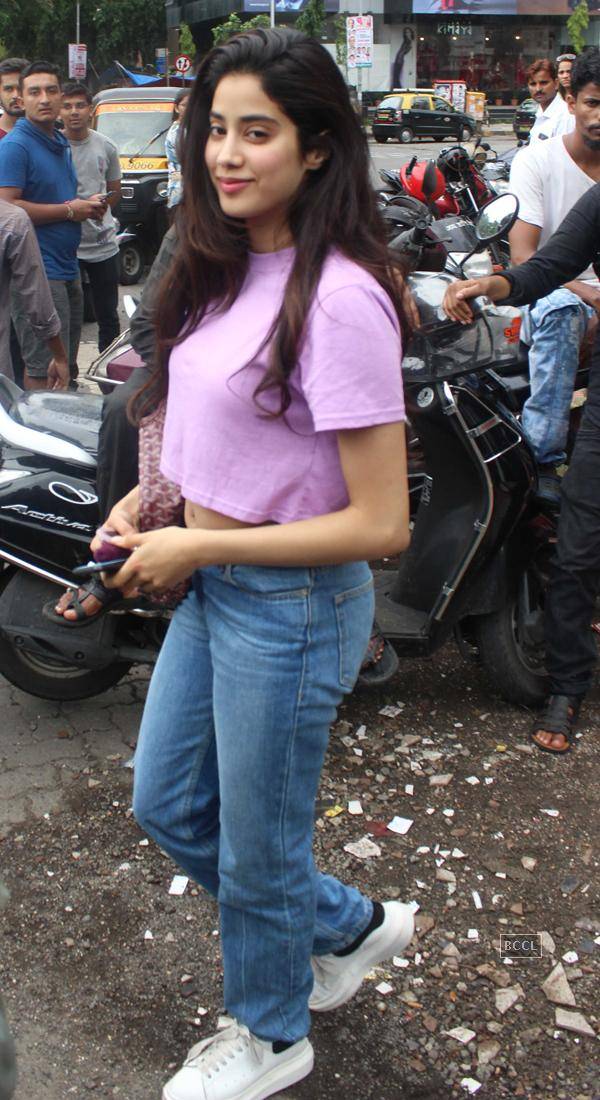 Alleged couple Tiger Shroff and Disha Patani was captured together by media when they were stepping out from Indigo Restaurant in Bandra. According to media reports, the actor is dating Disha Patani for over a year now, but both the actors have never accepted the link up rumors publically. They have always said that they are good friends. Disha is going to work with her rumored boyfriend in upcoming Bollywood film Baaghi 2. 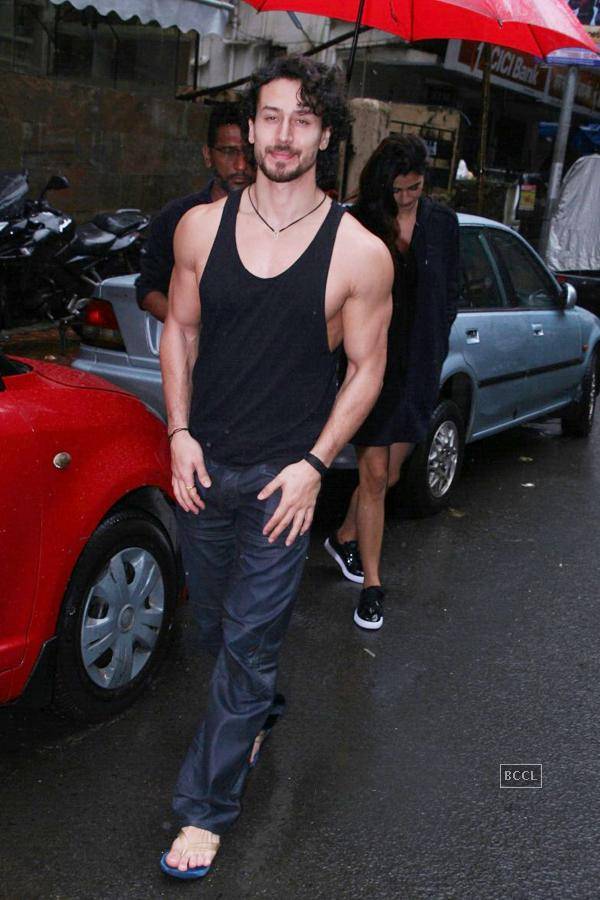 Karisma Kapoor was snapped at Sequel Cafe in Bandra, Mumbai. 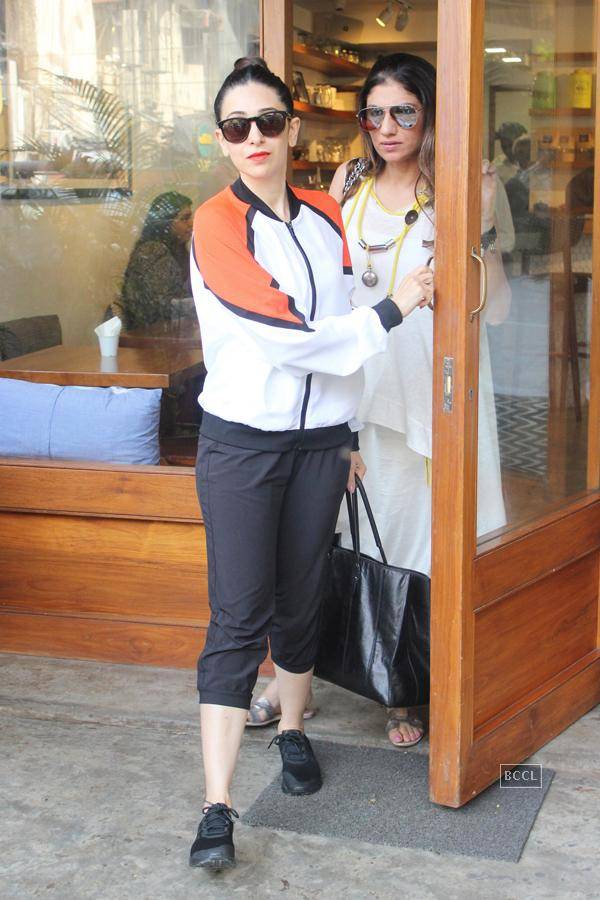 Now, Varun Dhawan was also clicked by media with his rumored girlfriend Natasha Dalal on a romantic date. The rumored couple was spotted at a restaurant in Bandra, Mumbai. Varun and Natasha are childhood friends. 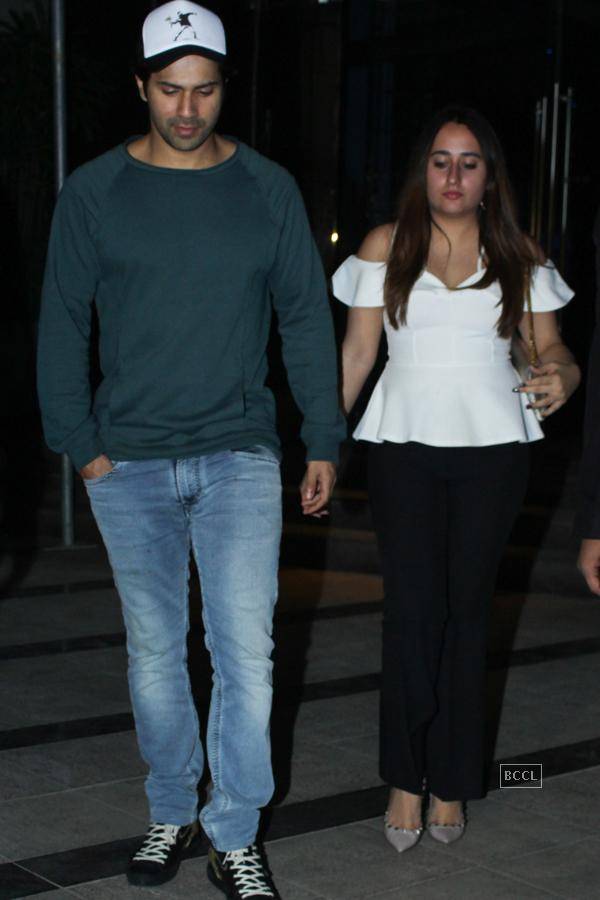 The couple has spotted together on several occasions. Varun Dhawan is looking for his next release Judwaa 2. The trailer and the songs have created lots of buzz about the movie among the movie goers. Judwaa 2 is one of the most anticipated movies of 2017. 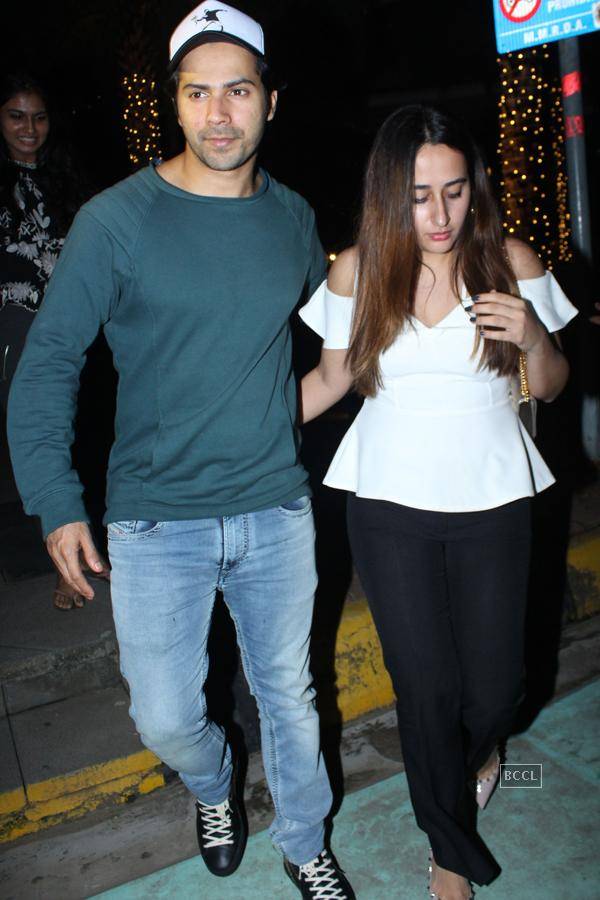 Saif Ali Khan’s daughter Sara Ali Khan seems to be in good mood, as she was snapped smiling while leaving the Olive Bar and Kitchen restaurant in Mumbai. Sara is all set to make her Bollywood debut with Sushant Singh Rajput in “Kedarnath”. 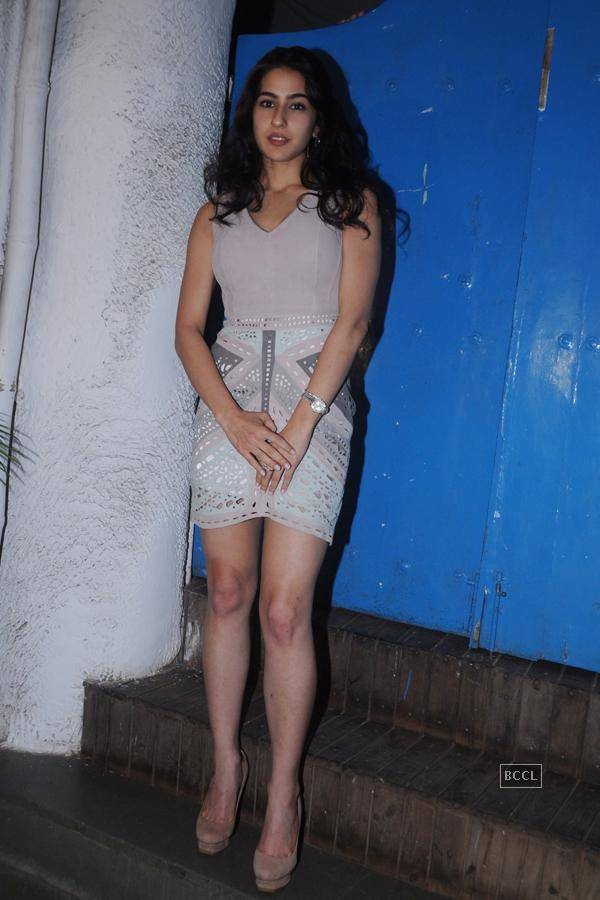 Sushant Singh Rajput was also spotted at Olive Bar and Kitchen restaurant in Mumbai. He went to dinner with his “Kedarnath” team. The actor is going to be paired opposite Sara Ali Khan in his upcoming film “Kedarnath”. 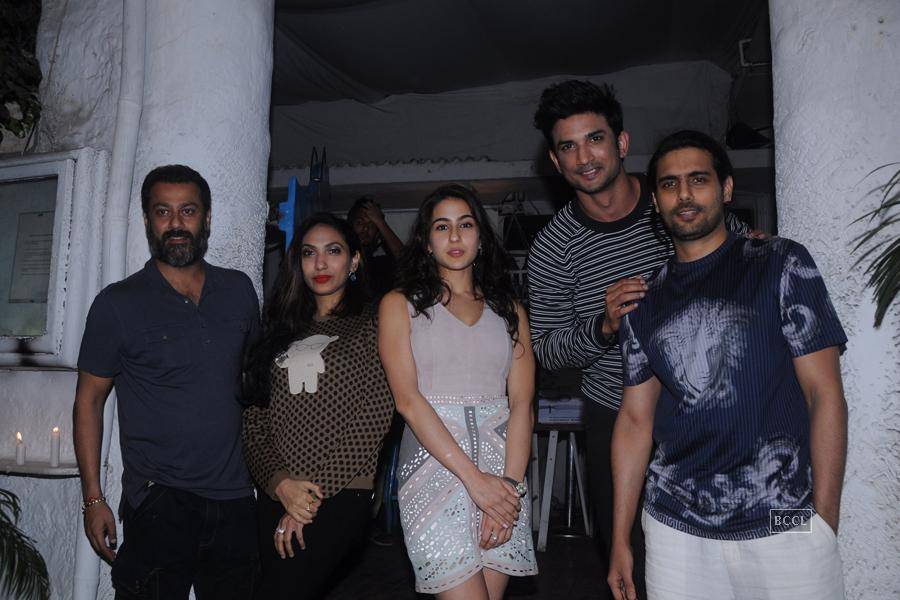 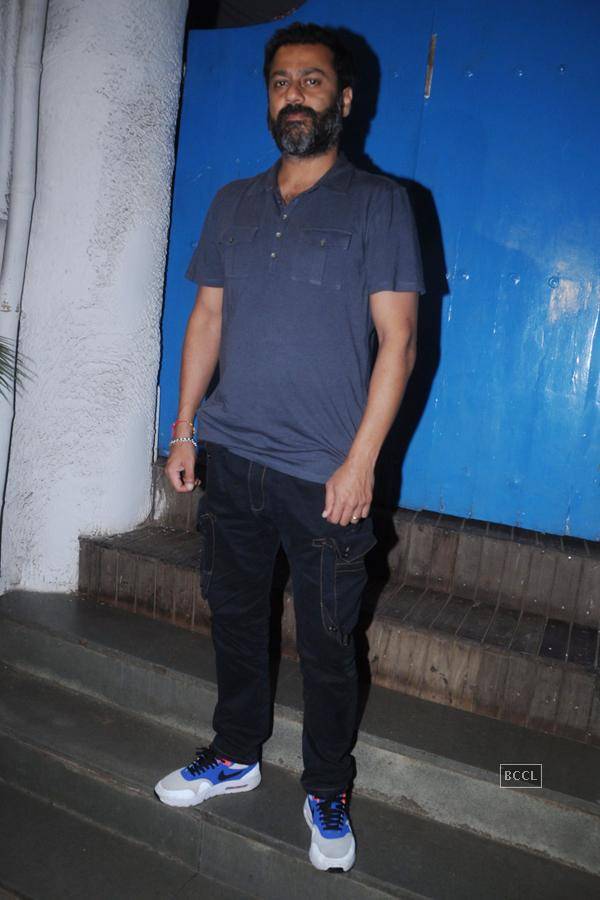 Popular and acclaimed director Abhishek Kapoor was spotted at the Olive Bar and Kitchen restaurant in Mumbai with his team for a dinner. The popular director is all set to direct another film titled “Kedarnath”. 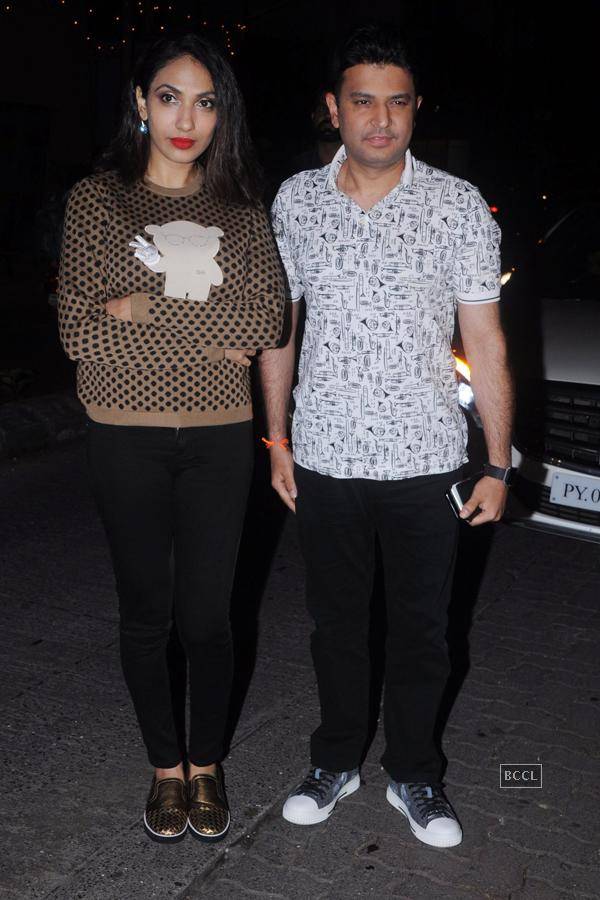 T-Series head Bhushan Kumar and Prerna Arora was spotted at Olive Bar and Kitchen restaurant in Mumbai when they arrive for the dinner with the “Kedarnath” team. “Kedarnath” is an upcoming romantic drama film directed by Abhishek Kapoor. The movie is produced by Balaji Telefilms in association with KriArj Entertainment. The movie is scheduled to release in June 2018. The movie marks the Bollywood debut of Sara Ali Khan, daughter of Saif Ali Khan and Amrita Singh

Some Amazing Transformations of Bollywood Star Kids From Ordinary To Extraordinary!