Bigg Boss 13 is over but the contestant and their vibes are still alive around us and on our feed.  This season has been the most popular season yet. The personal life of the contestant or the connection made at home, this entire season remained in the headlines. The show has an end but the party is not over. 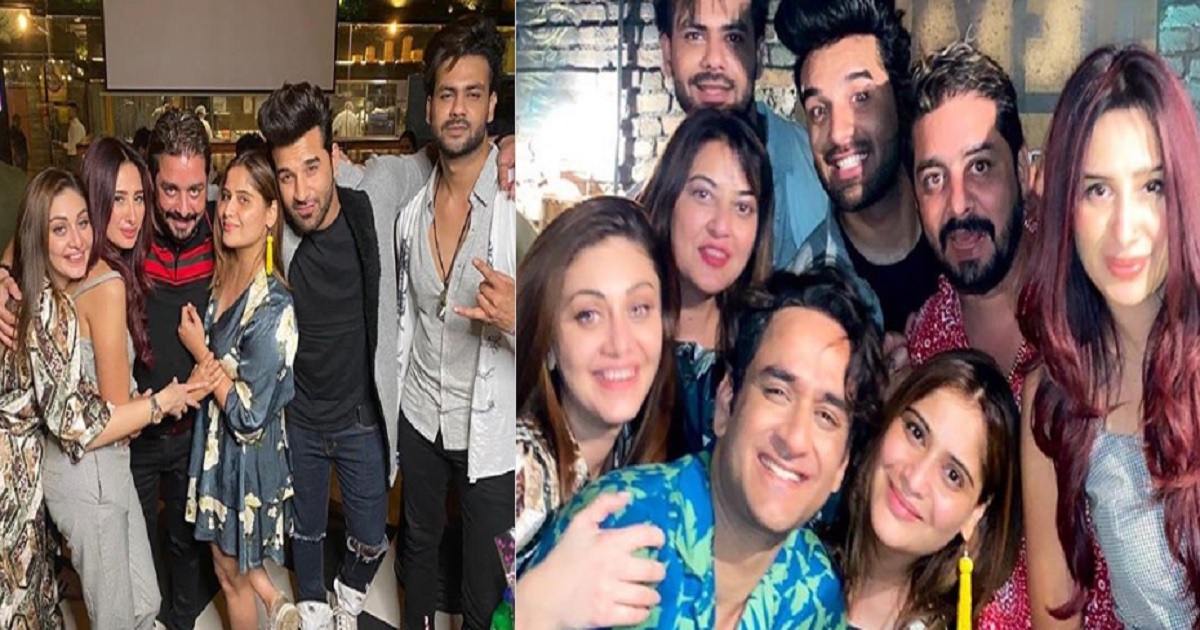 The contestants are totally busy with their work. Some are creating their own swayamvara and some are rocking music videos. We all know In this season there were two groups formed and it had huge fights and also made it form it back together. But now after all the chaos, some contestants of Bigg Boss were seen partying hard.

Many videos and pictures are captured on social media in which Paras Chhabra, Mahira Sharma, Aarti Singh, Vishal Aditya Singh, Shefali Zariwala, Hindustani Bhau appeared together in a frame. Aarti has also shared her Instagram pic.

In one of the video Paras, Mahira and Shefali Jariwala are seen as the famous trio who stood by each other throughout the journey in the Bigg Boss house. In the same video, Shefali’s husband Parag is also seen noticing Them hugging each other while dancing.

There is one video that might make Paras insecure, where Mahira and Vishal Aditya Singh are seen dancing on Punjabi track.

You saw these contestants fighting among themselves in Bigg Boss house. Now, these contestants were seen partying like good friends. By the way, his fans must have remembered Siddharth Shukla, Asim Riaz and Rashmi Desai in these pictures.

Let me tell you, after the end of Big Boss, many contestants are getting a lot of work with the name. Paras and Shahnaz are building his own swayamvara. Asim will be seen in a music video alongside Jacqueline Fernandes and Himanshi Khurana. At the same time, a romantic music video of Paras and Mahira is also going to be released.