The two wrestlers of India, Babita and Vivek got married privately with only 21 guests. We have seen many big fat weddings in India happens, especially the celebrity and known personalities.

Babita and Vivek’s wedding had inspired millions of us because they had taken an extra phera, which is eight pheras, which was dedicated to the ‘Beti Bachao, Beti Padhao’ initiative.

The new bride, Babita shared pictures on Instagram, lovebirds are standing with a new car, gifted by her husband, Vivek. We can see Babita wearing an orange color dress. Alongside it, she wrote,

“What better than a new awesome car to start our new journey together. thank you @suhagvivek for this awesome and considerate gift.” 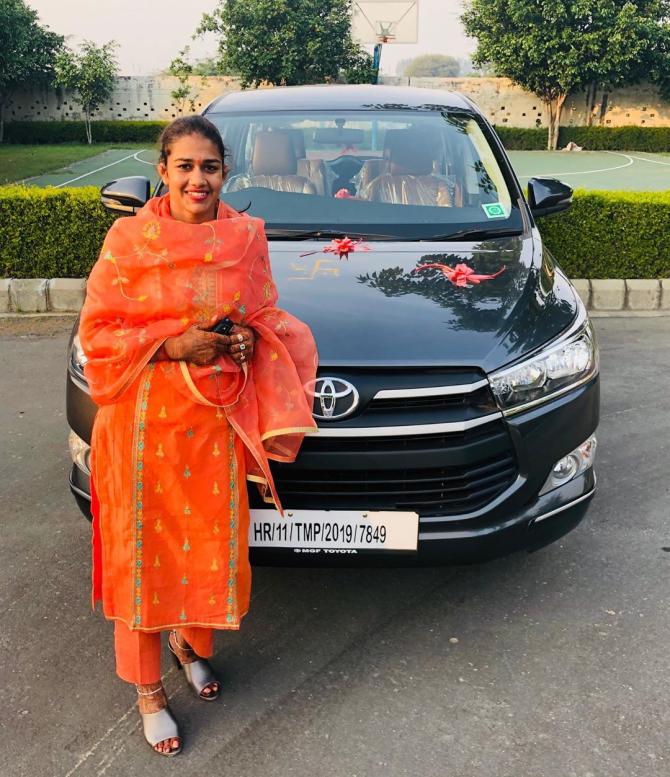 Babita also revealed how they met first, She revealed that, “It was an event for wrestlers at a hotel in Delhi where we first met. Bas wahan dosti ho gayi. We stayed in touch and in time, we realised that we liked each other. I like how he is very straightforward but still respects others.” Babita had also shared that she will move to Delhi after her wedding.

The duo also appeared on a dancing reality show to know each other better and that’s when Vivek proposed her and made everyone gushing over them.