Armaan Jain’s wedding with Anissa Malhotra three days of fun, laughter, and pictures, the celebration was luxurious. The big fat… 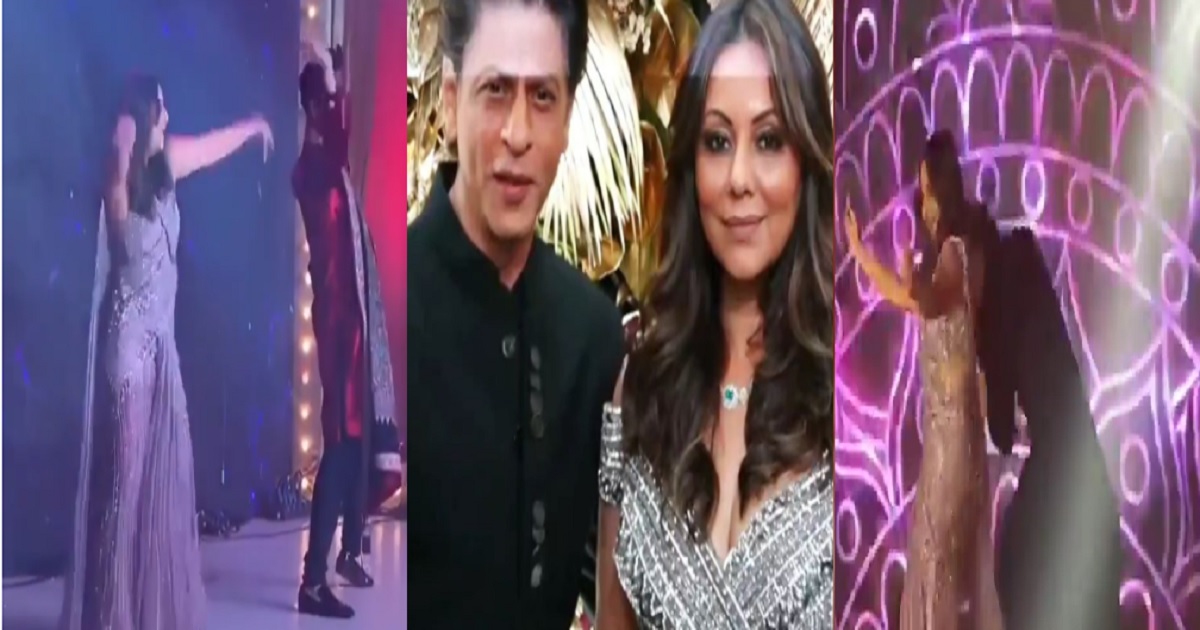 Armaan Jain’s wedding with Anissa Malhotra three days of fun, laughter, and pictures, the celebration was luxurious. The big fat wedding of Kapoor Khaandaan is the biggest affair of the Bollywood Industry. Shahrukh Khan’s wife Gauri Khan was never seen in party mood avatar as she gave a sizzling dance performance with friend Karan Johar. She was in a full party zone.

In Armaan Jain’s wedding reception, From Kiara Advani to Shahrukh Khan and Kareena Kapoor everyone gave the bang on performance. Gauri Khan and Shah Rukh performed a special dance sequence.

In one video, SRK and Gauri are seen dancing to Sadi Gali from Tanu Weds Manu. They told the story of Armaan Jain’s parents Rima Jain and Manoj Jain in their performance. Shah Rukh wore a fake mustache to play Manoj.

In another video, the couple is seen dancing with Karan Johar to the song Kajrare Kajrare from Bunty Aur Bubli. Gauri Khan is always shy and poised but here she gave competition to Kareena and Karishma Kapoor. We surely missed Amitabh Bachchan’s swag on this song. We have also noticed the Bachchan family is not present.

We even saw Armaan Jain’s sisters Kareena and Karishma dancing with Karan Johar on his film song Bol Chudiya, all three are doing the hook step of the song from K3G.

Apart from all these biggies, even Kabir Singh actress Kiara Advani danced on her recent film Good Newzz song, Sauda Khara Khara. She is a good friend of the bride.

Read More: For the first time, it kind of hurts: Sara Ali Khan on trolls