The actor, who till recently gorged on biryani, has now given up not just fish and meat, but eggs and milk too. 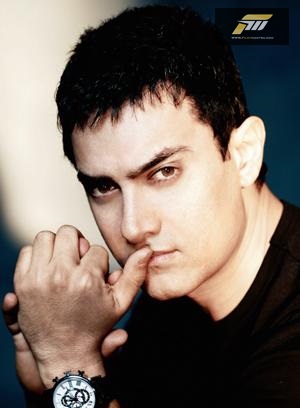 On March 14, Aamir Khan turns 50. And one of the turning points in his life, as he hits the half century mark, is the decision to turn vegan. Aamir who enjoyed fish, meat, chicken and eggs has now turned completely green.

“Just when I’m allowed to eat anything for a role, I’ve gone vegetarian,” says the actor who plays an elderly, ex-wrestler in his next film, Dangal. “Since my character is also vegetarian, it’s handy. But the decision wasn’t prompted by the role, but by a video I saw on YouTube.”

His wife Kiran Rao who’s been a vegan herself for the past few years, brought the video to his notice a couple of months ago. It is a one-hour presentation by a doctor on 15 of the most common diseases that cause death and how diet can prevent them. “At the end of it I was convinced that vegans are way ahead of non-vegetarians and even vegetarians,” says Aamir who took the call on February 2 and in the last one month has steered clear of not just non-vegetarian favourites but also eggs, milk, ghee, paneer and most Indian sweets made of milk. He even takes his tea with soya milk.

“Vegans don’t eat diary products or anything that comes from animals,” he says. “The video showed me a healthier way of life. I only miss dahi (curd) but I’m still having a good time. I can eat anything without having to watch calories.”

Aamir says that both Kiran and he are hoping that their son will naturally lean towards a vegan diet as he grows up. But for now, since Azaad’s been eating everything since he was born, they’re not putting any curbs on him.

“We don’t believe in force feeding, we’re gently encouraging him towards a vegan diet but if he wants to eat chicken or eggs, we let him,” says Aamir.

And will he continue with the vegan diet ? “I hope so,” smiles the actor. “It’s a huge change for me but a healthy one.”