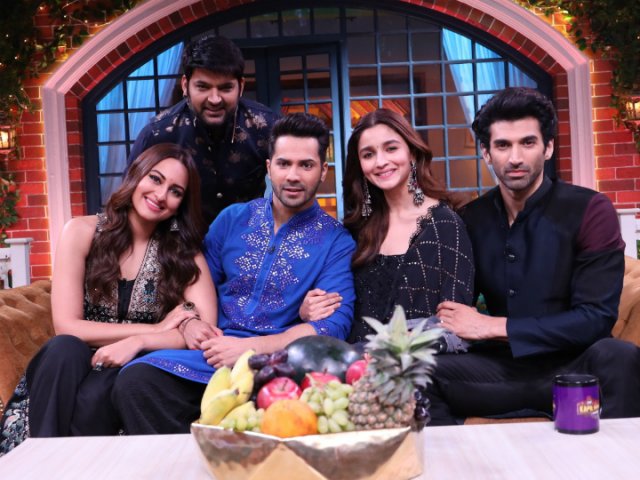 As Karan Johar’s multi-starrer Kalank, starring, Varun Dhawan, Alia Bhatt, Sonakshi Sinha, Aditya Roy Kapur, Madhuri Dixit and Sanjay Dutt is to release in only a few days now, the entire team of Kalank is busy promoting the movie! While the teaser, trailer, songs and the looks of all the characters from the movie have already created a lot of excitement amongst the people, what has added on to the limelight the movie is in currently is a major controversy that has just taken place! The entire team of the movie had been to the Kapil Sharma Show for promotions during which comedian Kiku Sharda’s  few comments and jokes passed made Alia Bhatt unhappy and she got offended by the jokes! Here’s the entire incident!

Kiku had asked Alia Bhatt, “How does a scooter start?” and he himself answered it saying, “Bhatt, Bhatt, Bhatt, Bhatt.” The comedian went on to crack another joke. He first asked the Raazi actress if her father, Mahesh Bhatt was into the construction business. When the actress answered with a ‘no’, he quipped, “Then why did he make movies like Footpath and Sadak?” When Kiku was asked if Alia Bhatt had really got offended he said, “This is just a rumour. She has enjoyed a lot on the show. I have no idea how this rumour started, but if you watch the episode, you will see how much she has enjoyed on the show. Alia is a very sporting person and has laughed a lot on the show.”