Karan Johar who’s known for his romantic movies since his first film Kuch Kuch Hota Hai, is all set for his another yet romantic movie titled “Ae Dil Hai Mushkil “.  It will star the gorgeous Aishwarya Rai Bachchan opposite much younger actor Ranbir Kapoor. It may seem like an odd pairing, but we cannot deny that the two of them will look absolutely stunning together on-Not many know that Aishwarya has worked with this adorable actor Ranbir , previously too, though it will the first time Aishwarya will share screen space with him.
Ranbir was present on the sets of  Aishwarya’s second bollywood film called ” Aa Ab Laut Chalein”way back in 1999 assisting his daddy Rishi Kapoor in direction. Rishi Kapoor was the director of the film. A news daily quoted Aishwarya saying that she finds Ranbir’s sense of humour “amazing”. She said “I met Ranbir on the sets after many years. He is adorable. He was assisting Chintu uncle on Aa Ab Laut Chalein. Now we are working together. We get along like a house on fire. He has an amazing sense of humour.”
Well, seems like the two are bonding quite well, and we hope that their chemistry to swizzle onscreens.
Ae Dil Hai Mushkil also stars Anushka Sharma and Fawad Khan in key roles. Apart from them Saif Ali Khan and Imran Abbas Naqvi will also be seen in the film. The music has been composed by Pritam
Tags
aaishwarya rai bachchan Anushka Sharma fawad khan Karan Johar Ranbir Kapoor rishi kapoor saif ali khan 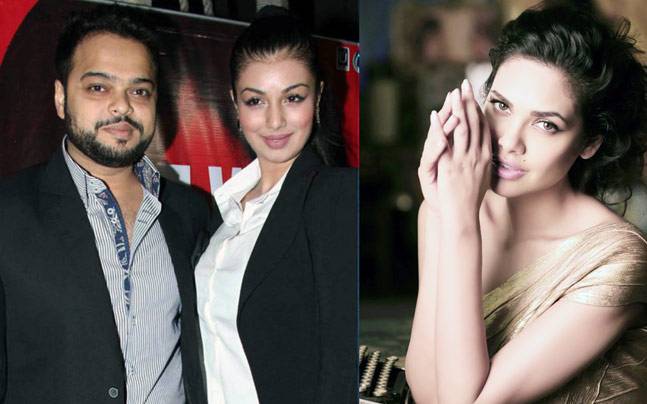