IPL 2019 is keeping fans on the edge of the seat, all thanks to several nail-biting finishes, crushing defeats and the last ball wins. However, the cash-rich league tournament has also been mired in some controversies like Mankading by R Ashwin and MS Dhoni storming on to the field and calling out umpires.

However, there have been several instances that prove cricket is a true gentleman’s game. One such incident happened in the match between Kolkata Knight Riders and Delhi Capitals. DC defeated KKR by 7 wickets, all thanks to Shikhar Dhawan’s unbeaten 97 off 63 balls knock. 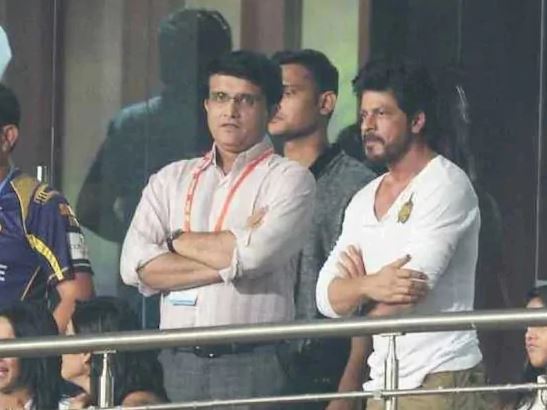 However, KKR owner Shah Rukh Khan stole the show with his amazing message to Sourav Ganguly. Despite KKR losing to DC, King Khan shared a tweet accepting defeat and praising the winning side Delhi Capitals.

Wonderful play by @RealShubmanGill & @Russell12A yet again. Losing is ok but today we kind of lacked heart, especially bowling, that’s sad. Only positive out of this game was that our Dada @SGanguly99 was at Eden on the winning side. Congrats @DelhiCapitals

To those who are wondering, Sourav Ganguly was playing for KKR earlier but he later moved to Pune Warriors later on. Currently, he is on the support staff of newly christened franchise Delhi Capitals.

SRK’s sweet gesture to Dada is winning lots of hearts on social media. The Netizens are loving what SRK has to say about Ganguly despite KKR losing the match. Look at some of the reactions down below.