Actors who started their careers with modeling 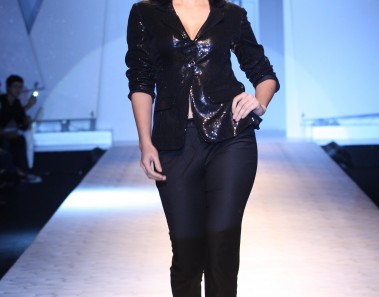 Actors who started their careers with modeling

Rags to riches is something that we have heard about, but what is more close to home is from ramp to silver screen. Many actors choose modeling before they become actors, perhaps to taste what glamor really is. Through all this we have noticed that the ramp is a launching pad for most of the aspiring actresses. If anyone wants to get into Bollywood the easiest way is to get to their destination is through the ramp. Here’s a look at actors who started their careers with modeling.

This former beauty started her career when she participated in the Miss India contest and later on the Miss World title in 1994. After that she modeled for a while and then came her first movie offer in a Tamil film directed by Mani Ratnam. After that there was no looking back. She has been a favorite ever since she stepped into this world and will continue too woe everyone through out her career!

When we talk about beauty how can we forget the gorgeous Sushmita Sen who won the coveted Miss Universe title. Like for many, this modeling experience was a a launching pad. And boy she has seen some great highs in her filmi career all thanks to her modeling!

This sexy, leggy lass who is ultra confident won The Miss World title in 2000 and brought a lot of prestigious and praise for her homeland, alongside that she got a lot of media attention which led to modeling which led to acting which led her to being the reigning queen of Bollywood. One thing led to the other and today she is on top of the world not only for her brilliant acting skills but also for her new career in the music world for which has received a lot of rave response internationally. Well she started off by taking part in the Miss World contest and ended up judging it!

This super chic women is also a winner at the Miss Universe contest. She got a lot of fan following and also a lot of movie offers and voila today she is one of the most loved actors for her great body and her exceptional acting abilities!

She modeled for a long time and then when she had a successful modeling career she choose to take it to the next step and bagged a dream debut opposite Shah Rukh Khan in “Om Shanthi Om”. The rest well as they say is history.

This dusky beauty started off with modeling at a very early age. This Bengali Bombshell was a one of the most successful models in the industry and then took a leap into the film industry. She has improved with each and every film and has a successful career!

Hits after hits. That’s Katrina Kaif today. Well life was not a bed of roses for this angelic beauty. She started modeling very early in life, as early as 14. After modeling for a long period of time she dived into the film industry. Her debut was a huge disaster. She took a break and returned with a bang and ever since has been a superstar.

She may not have the quintessential face but that’s her strength. Very unique in looks, sense of fashion and choice of films, she was Miss India Universe in 2002 and has delivered some very thought-provoking and intense performances.

This former Miss Asia-Pacific is like breath of fresh air. She was instantly a hit for her innocent face and soft nature. Though she isn’t like the mainstream actors, she is loved by all, none the less. She now co-owns a production house. So modelling has led to acting which has led to production for this lady!

Many think that she is still a tomboy. Little known about her is the fact that she was a model before she made a dream debut opposite the king of Bollywood Shah Rukh Khan in “Rab Ne Bana Di Jodi”. After a successful stint in modeling she chose to take up films.

This leggy lass was a part of the popular American TV show “America’s Next Top Model”. She modeled for a long time before venturing into films. She made a debut in Bollywood at the age of 32 though she looks like she is in her early twenty’s.