Home Celebrity News A Fan Tweeted Shahrukh Khan For A Room On Rent In ‘Mannat’,...

Shahrukh Khan has taken a break from his work in Bollywood, but he is very active on social media  #AskSRK. Fans get the opportunity to ask their favorite star any question, but the best part is when Shahrukh respond to those question. Whether Shah Rukh’s films have come or not, the love of fans never falls short for him. Shah Rukh also did not disappoint the fans at all and tried to answer all the fans possible. 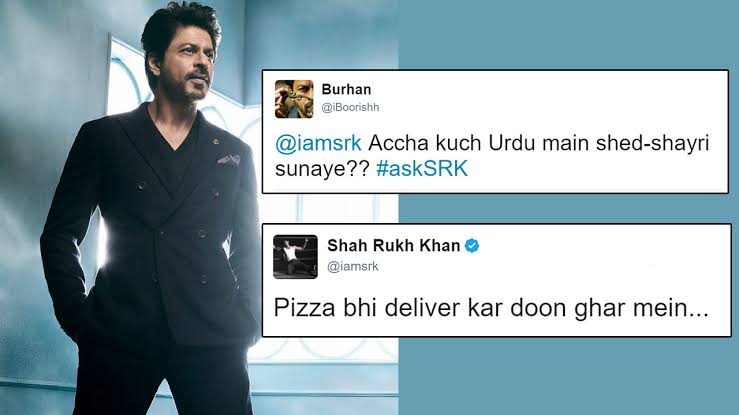 During this time, many fans asked Shahrukh very interesting questions. Shah Rukh also made the fans happy with his reply. Shahrukh himself would not expect such a question coming from the fan. But Shah Rukh also gave a great reply to the fan. This question and answer session is becoming very viral on social media.

The fan tweeted to Shahrukh and asked,

‘Sir, want a room for rent in Mannat, how much will it cost?‘ In response to this question, Shah Rukh said, ‘It will take 30 years of hard work.‘

This question and Answer were liked by maximum of people on Twitter and Shahrukh won hearts of his many fans with this answer.

Ritesh asked Shahrukh, ‘What is the one life lesson that you have learnt from AbRam?‘ Responding to Ritesh’s question,

Shah Rukh said, “Whenever you are sad hungry or angry…cry just a little bit while playing your favorite video game.” Not only fans but celebrity are also participating in this session.

Read More: Director Anurag Kashyap’s Daughter Is All Set To Step In Bollywood, Bold And Beautiful

Whenever you are sad hungry or angry…cry just a little bit while playing your favourite video game. https://t.co/YoG90FVN6E

Significantly, Shah Rukh Khan has not acted in any film since 2018. Shahrukh was last seen in the film ‘Zero’. Now reports are coming that Shahrukh will be seen in Rajkumar Hirani’s next project.