1. Immerse Yourself in the Culture 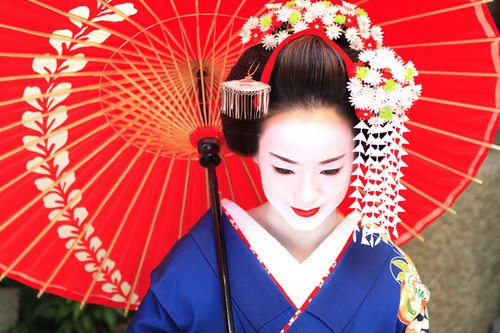 Other than that, the only other thing to be aware of (which you probably already are aware of anyway) is that Japan has its very own unique and interesting culture, and it’s important to respect their customs while you visit their country.

A big one that most of us know about is that you take your shoes off when you enter a premises, but this custom has been so blown out of proportion that it’s now ridiculously exaggerated.

Obviously if you’re getting right into the culture and going to certain more traditional Japanese restaurants or establishments than you might come across it, but generally you don’t need to worry about it too much.

Similarly, every restaurant will have knives and forks as an alternative to chopsticks, so if your previous attempts at using chopsticks involved fumbling around for twenty minutes before finally just stabbing the chicken onto the end of the stick and eating off it like a kebab skewer, you don’t need to worry about embarrassing yourself in public – just use the knives and forks.

If you really would like to immerse yourself in true Japanese culture, your best option is to get out of Tokyo and head to smaller towns where Western culture has had less of an influence. Kyoto is quite a large city but is known for the fact that it’s managed to maintain its authentic traditional Japanese customs, so that is a good place to experience the culture, as well as see some awe-inspiring UNESCO World Heritage listed temples, bamboo forests, cherry blossoms and geishas.

Everywhere in Japan is incredible though; you can’t go wrong. Just pick a spot on the map, find your way there, and enjoy your time in Japan! 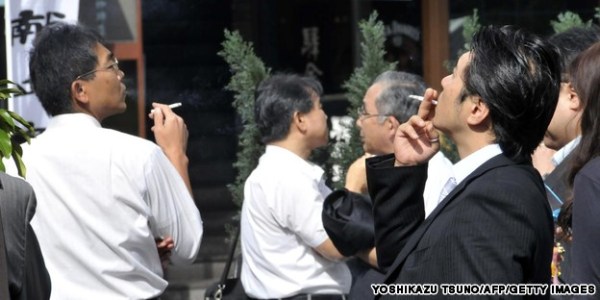 Whether you’re a smoker or not, this still concerns you if you’re planning a trip to Japan, because their smoking laws are pretty much the exact opposite of most Western nations, and it can get kind of confusing when you’re out for a meal or a few drinks.

So rather than end up getting mad at an anonymous stranger for blowing smoke in your face while you eat, it’s best to know beforehand why that person’s not actually doing anything wrong and why you’ve obviously misunderstood the arrangements.

So while people smoke on the street and butt out their cigarettes before entering a premises in most Western countries, in Japan they will wait until they get to said premises to light up that cigarette. Smoking on the street, any street, in Japan metropolitan areas is technically illegal.

I say technically because generally the worst punishment you’ll receive is a whole bunch of angry glares from passersby, although the police are well within their rights to give you an on-the-spot fine and sometimes they will do so.

Some public spaces will have a designated smoking area and on any given day you’ll find them absolutely crowded with people chain-smoking before going about their business, but it’s the bars and restaurants that will get you every time.

Let’s say you’re a non-smoker tourist in Japan and you go out to dinner at a nice place with great views. The important thing to notice is that the spot with the great views is likely towards the balcony or the edge of the restaurant, which usually means it’s going to be the smoking area.

Depending on the place, it might even have a glass sliding door dividing the smoking and non-smoking areas, and as a non-smoker it’s very unpleasant to realize you’re sitting in a smoke-filled haze just as your food and drinks arrive at the table and it becomes a total nuisance to get up and switch seats.

Observe the room and choose your seats wisely, or if it’s a classier place ask the waiter to direct you to a non-smoking area. It’s also perfectly acceptable to smoke inside bars and most places don’t bother with the smoking and non-smoking divisions so you kind of just have to pick an appropriate spot with those ones, or else head outside so there’s a bit of a fresh breeze rolling through (which can be a bit annoying in winter when the climate reaches sub zero temperatures). 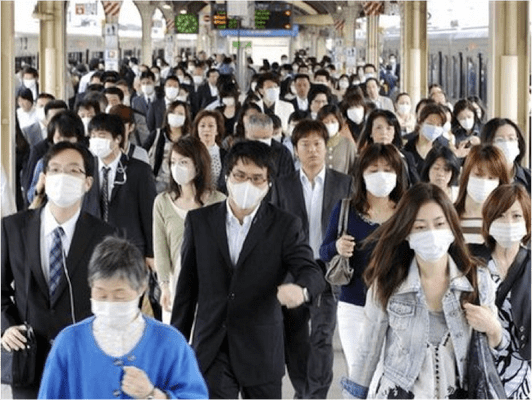 The first thing you’ll notice after you collect your luggage and head outside into the public is that a lot of Japanese people wear those white masks that cover your mouth and nose. A lot. Like… 1 in every 5 people.

Just to be clear, Japan is not like Beijing or Shanghai in China, where the air is so thick with smog even at ground level that people need to wear these masks just to be able to get a proper gulp of air without feeling like they just inhaled straight from a car exhaust pipe.

Japan is a very clean place. The bins are divided into various recycling categories, the water is drinkable, there’s very little litter (even in built up metropolitan areas like Tokyo) and the locals in general are a very clean people.

Even the bathrooms are impressive – you can walk into a public bathroom, do your business, wash your hands with soap and warm water, dry your hands, and walk out again without ever having to touch a single surface.

There are censors on the taps and hand dryer so the soap squirts out automatically, as does the water and the air from the hand dryer. The lights are sometimes off when you first walk in, but your step inside the bathroom will turn them on automatically.

In short, Japan is a clean freak’s utopia. So why the masks?

While it’s natural for your first thought when you see everyone in surgical masks to be, “oh my god there’s an airborne zombie disease spreading through the city and killing everyone and bringing them back as undead parasites”, the main reason a Japanese person will wear a surgical mask is actually because THEY are sick and they are being considerate of others by trying to contain their own germs.

We’re not talking about life-threatening diseases here, either. The person might just have the sniffles or a bit of a cough, but they would rather put the mask on when they go out into public than risk getting someone else sick. This is just one of the many shreds of evidence you’ll find in Japanese society that goes to show how courteous and respectful they are. 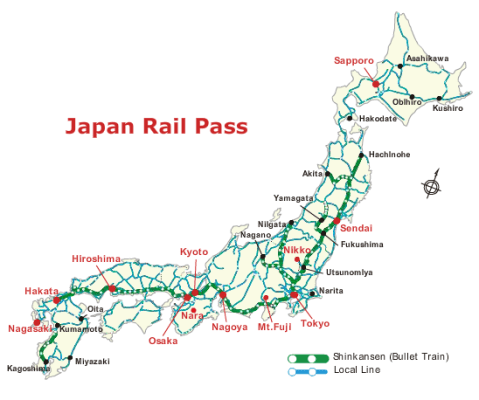 Once you’re in Japan, no matter where you are, it’s incredibly easy to get around. Whether you’re trying to get a few blocks away or travel from the bottom of the country all the way to the top, there is always a number of ways to get there and you will never find yourself waiting around too long for your departure.

That being said, while it might be easy to get around, it’s not necessarily cheap. If you’re backpacking, or on a bit of a tight budget and having to count your pennies, domestic travel in Japan can be tricky so here’s a bit of a heads up.

The Japanese government has established a system called the “Japan Rail Pass” or JR Pass. It’s not available for locals to use and you need to have your passport handy before you can book (because how else would they be able to tell you’re American, not Japanese…?).

If you’re the kind of person who likes to be prepared for anything and everything, you can organize this JR Pass before you’ve even arrived in Japan, but it’ll cost you about $250. Now while this might sound expensive, you really need to think about how much travelling you think you’ll be doing within the country.

If this is just a leisurely few days in Tokyo, and maybe a couple nights at the base of Mt. Fuji, then don’t bother; the subway will be more suitable for you and each ticket will only cost you about 180 yen (roughly $2) a pop.

But if you’re planning on landing in Tokyo, visiting Mt. Fuji, making your way down through Osaka or Kyoto, checking out the tragic history of Hiroshima and finishing up down near the bottom of the country, then you really need to weigh up the decision of whether it’s worth forking over $250 for a JR Pass that’s going to get you to any destination in Japan within a few hours maximum, or whether you’re willing to slum it on $20-$50 overnight buses that will take more like 10 hours to get to the next destination and cost you a good night’s sleep.

Now don’t get me wrong – the overnight buses are generally pretty comfortable and if you do your research, you could end up hitting every spot you want to hit in Japan and getting away with a final cost of less than $250, in which case it’s worth it. Keeping in mind, however, there’s going to be a few dazed, exhausted and yawn-filled days where you’re trying to sightsee while running on 3 hours sleep and a sore back from the bus seat the night before.

It really depends on your itinerary, your preference for comfort versus cost, and your time limit. If you’re trying to cover a lot of bases in a short period of time, the JR Pass will definitely be worth the initial lump sum. But if you’re not doing that much travelling, or you are but you have a lot of time to get to each place, than maybe you’re better off sticking to buses and saving a hundred or a hundred and fifty bucks.

It’s nice to have a holiday with a wide open agenda and no concrete plans, but sometimes a bit of planning is necessary to keep your wallet a little heavier than it would’ve been otherwise!

Tags
4 thimgs about japan factmania no one tells recent 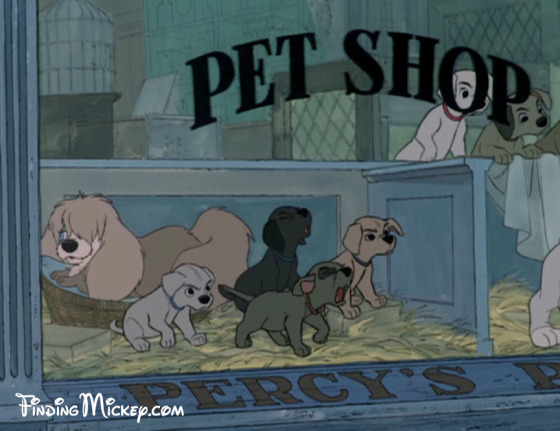 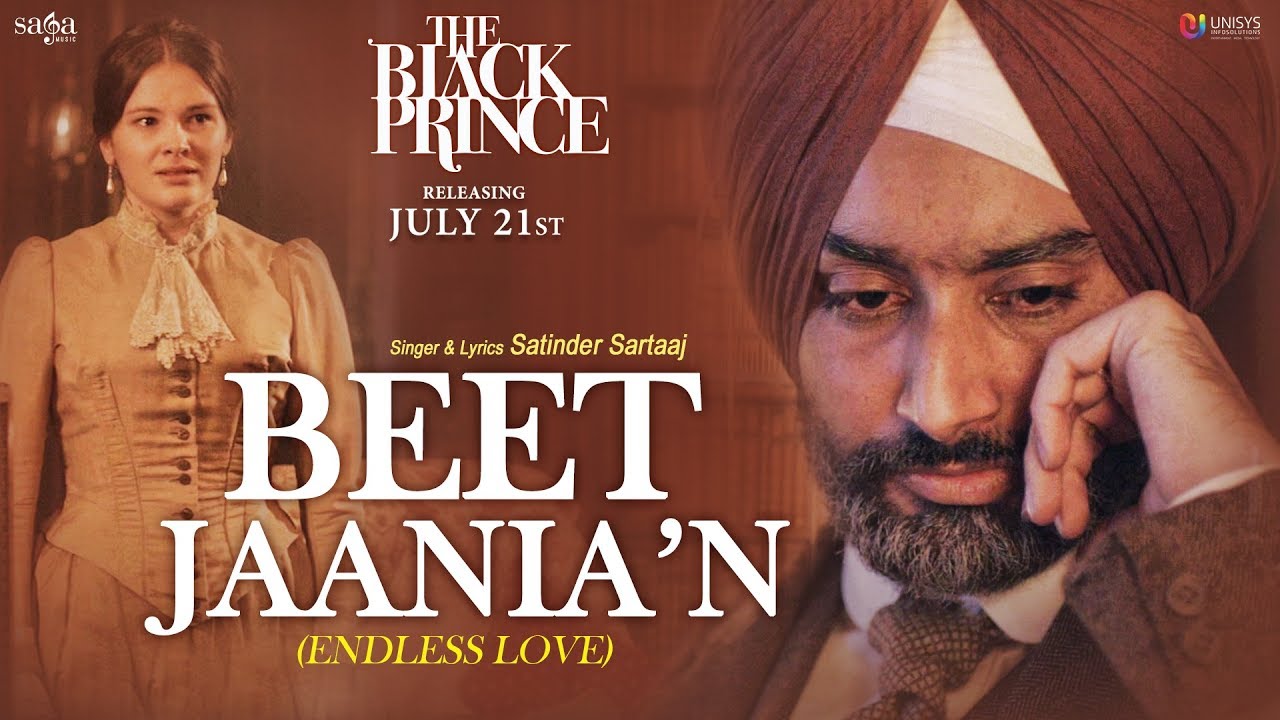 ‘Beet Jaania’N’, The Next Track From ‘The Black Prince’ Is A True Expression Of Eternal Love