After a huge fight and masti Bigg Boss brought up some romance in the house. Bigg Boss Asked to recreate Dil Se Dil Tak romantic scene. Siddharth Shukla and Rashami Desai won many hearts with their sizzling chemistry in the role of an ideal couple as Parth and Shorvori. Promo is out where the housemates are sitting in the living area and a romantic scene will be played on the Television from the show Dil Se Dil Tak. Shehnaz is surprised that the two, who had such mind-blowing chemistry on-screen,they are fighting in the house. 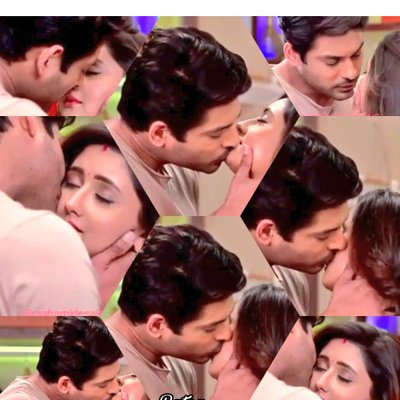 After a lot of ‘ooh’ and aww reactions coming from the contestants, Sidharth and Rashami were blushing and were asked to recreate a similar romantic sequence.
The two literally bring the housemates to go crazy with their sensuous performance. From getting wet in the pool to almost sharing a kiss, Sidharth and Rashami bring back their Parth and Shorvori days. Whereas Shehnaz capturing the video.

The two biggest enemies came along with the romance in the house. Watch out today’s episode.