Bollywood have always been fascinated towards books with a unique set of stories which can edge over the seasoned melodramatic dramas where twists and turns are a tough substance to find. Books which are not just fresh, raw but provide a different take on the very obvious aspects. The rise of OTT platforms has made the adaptation process within reach to the various authors who used to miss the race with the big names. At this juncture we are presenting a list of such ten books which are worthy of screen adaptation.

Who does not want to get over with the sugary coating of so-called love and get hand in hand with dark realities of love where deceit, desire, immorality and physical needs are the prime ingredients? The highly-awaited; Love In Modern Times by Nitish Raj is one such short story collection of twenty stories where every story portray breaks the stereotype associated with this emotion, which people claim to be on all time high. The various stories tackling the May-December Relationship, Multiple Relationship, momentary love for amant in a totally different set of perspective makes just not an interesting read but also deserves screen adaption. 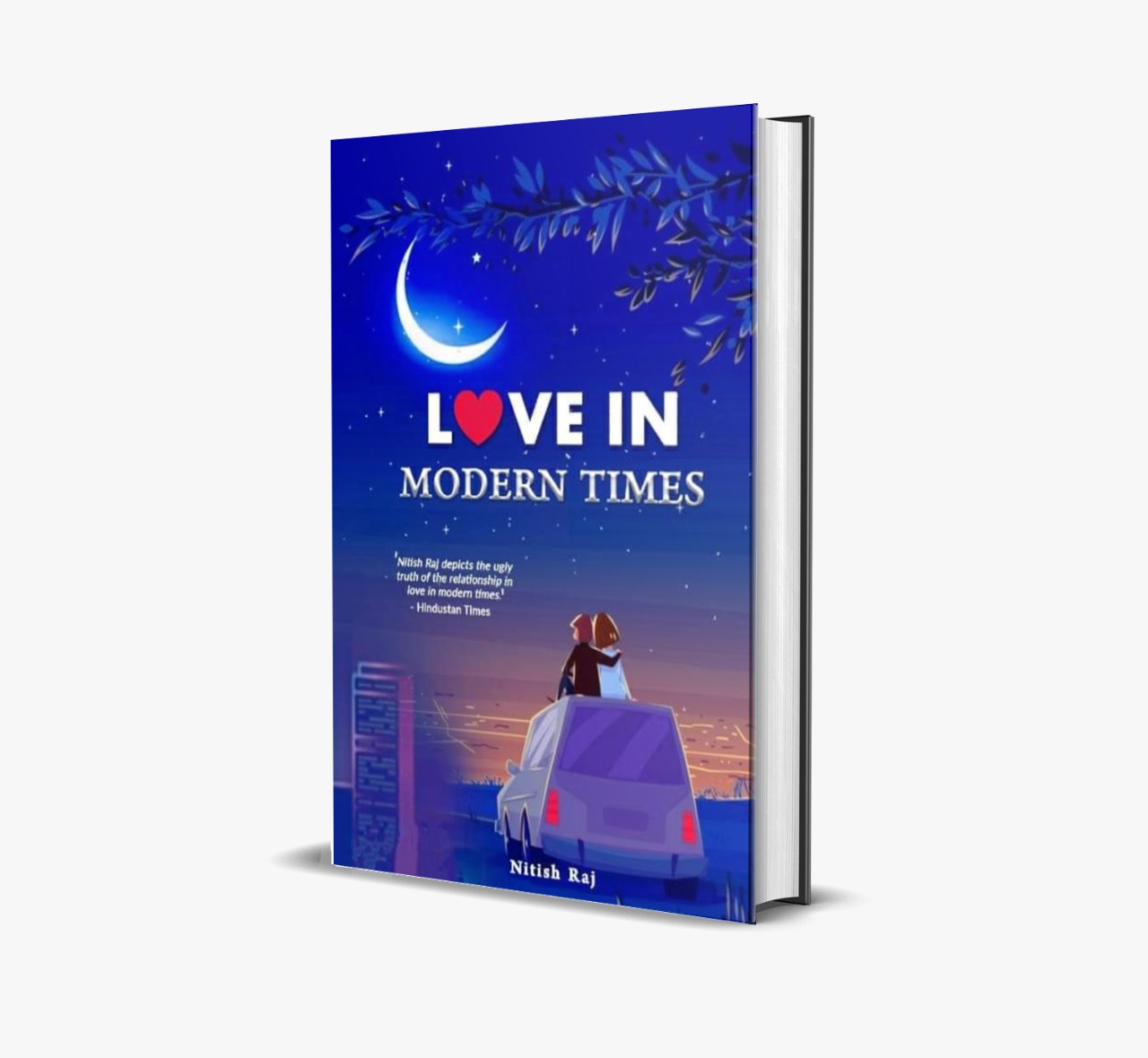 The Chosen One by Arvind Narsima

A series of bizarre events happen around the world where God-men belonging to various religions witness a glowing hexagram, a triangle inversely overlapped on another, a symbol of male female union. Shockingly, the Prakrti (female) dominates the Purush (male) in all the Hexagrams depicting a dangerous imbalance in the cosmic harmony of nature. The Chosen One by Arvind Narsima is a novel focusing on the feminism with the very beautiful use of the hexagram metaphor. The added theme of rape, socio-religious intervention makes it quite not just a very fascinating read but also imparts a strong social message which secures its place in the elite list. The added theme of sexual transgression and the involvement of the self-proclaimed religious messiahs acts as an irresistible choice. 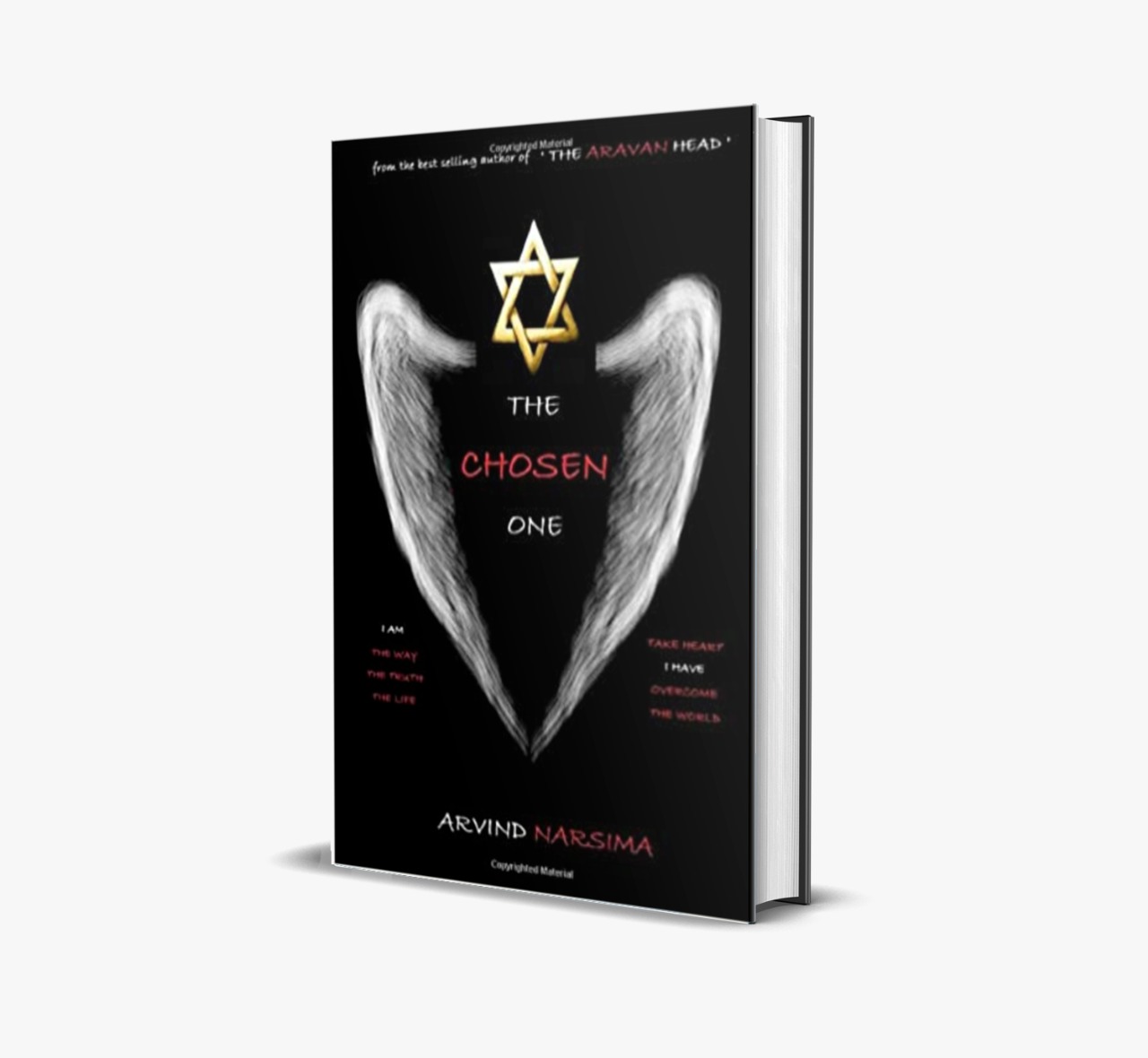 Plays have always been a hot favourite among film directors when it comes to screen adaptation. How many times; we have witnessed plays getting adapted into blockbuster movies, telenovella or web series. One such play; Abyss by Sabarna Roy makes to this elite list. Abyss is a full-length play in two acts with an interval in between. Essentially a racy crime thriller full of gritty suspense; the act builds up slowly to result in a crescendo of conflicts between personalities and ideas finally to end with an unnatural death before the interval. The readers are hung in the balance to declare it as a suicide or a murder? Act two evolves through a series of incisive interrogations to unravel the truth, which is deeply disturbing and affecting. As the play unfolds into a very well-crafted situational thriller, underneath is the debate about using land for agriculture or for industry, the ethics of a working author and the nexus of a modern state all wonderfully enmeshed into its storyline and the personal lives of its subtly etched out characters makes it a bright prospect for being adapted. 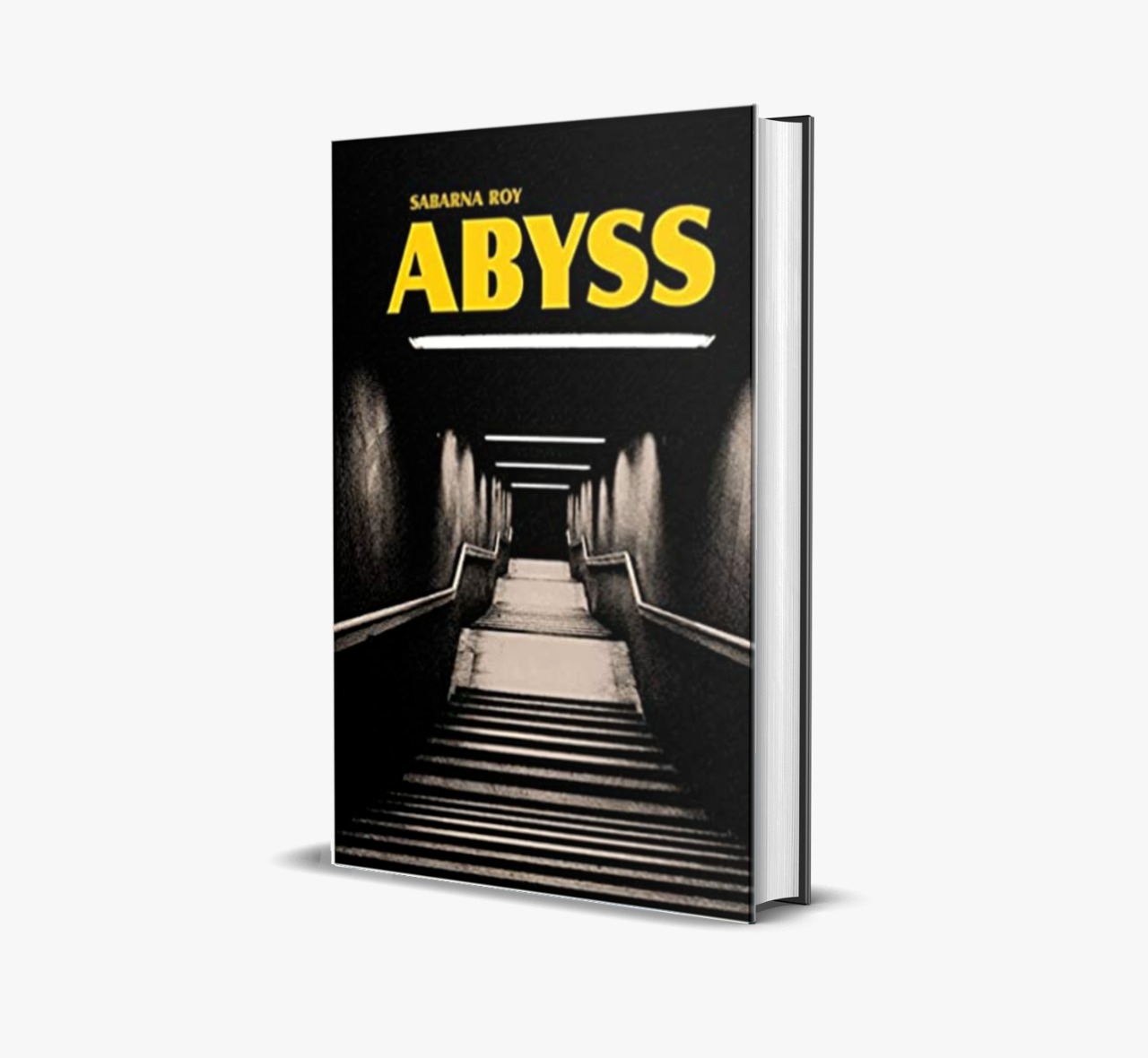 One more masterpiece by Sabarna Roy is a combination of one long story and four short poems, the work delightfully bridges the gap between the mundane and arcane writings of today and provides an interesting, yet intellectually stimulating, treat for the discerning reader. The thought-provoking views on issues like love and socio-economic conditions in India are interspersed in the whole work. Unshackled by the bonds of rhyme and meter, free verses evoke the stark reality of urban life, hitting you straight in the guts. The use of everyday urban imagery adds to the appeal of the compositions. The free verses sketch out their life story with its attendant pathos, poignancy and logic. The relatability of the content with the common masses makes it a bright prospect for adaptation. 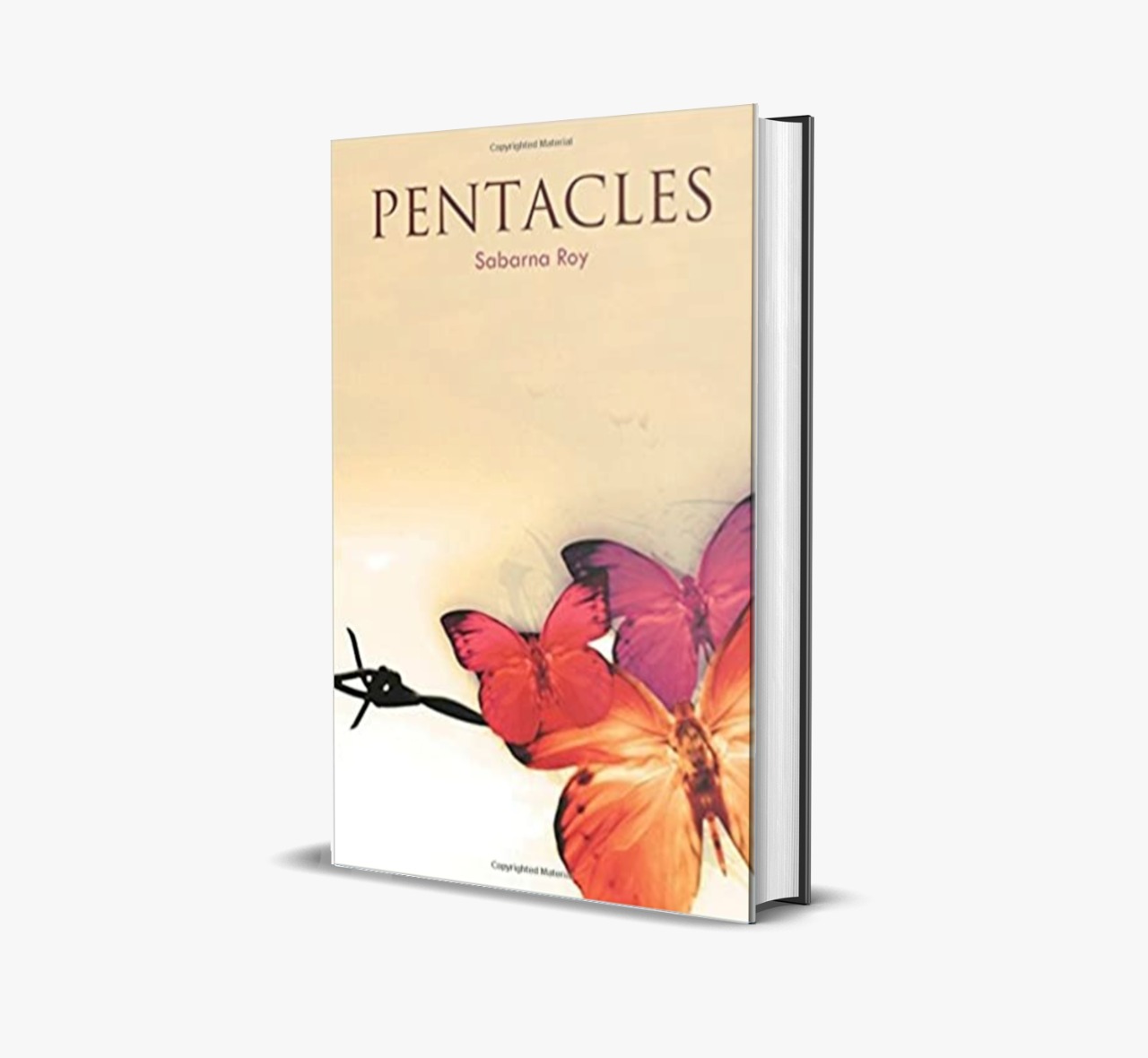 The Result of Misunderstanding by Shirsh Srivastava

Who doesn’t want to get immersed in the emotions of friendship on the silver screen? A friend who has all the vile of the mortal world; yet is close to our little heart. Twist the storyline with such friendship between a boy and a girl; get ready to immerse in a new set of emotions where love, hate, dejection, separation and such other emotions will be on all-time high. The Result of Misunderstanding by Mr. Srivastava is one such bouquet of emotions where every petal has its own fragrance. The beauty of modern relationships and rhetorical take on friendship makes this masterpiece a sure entrant in this elite list. 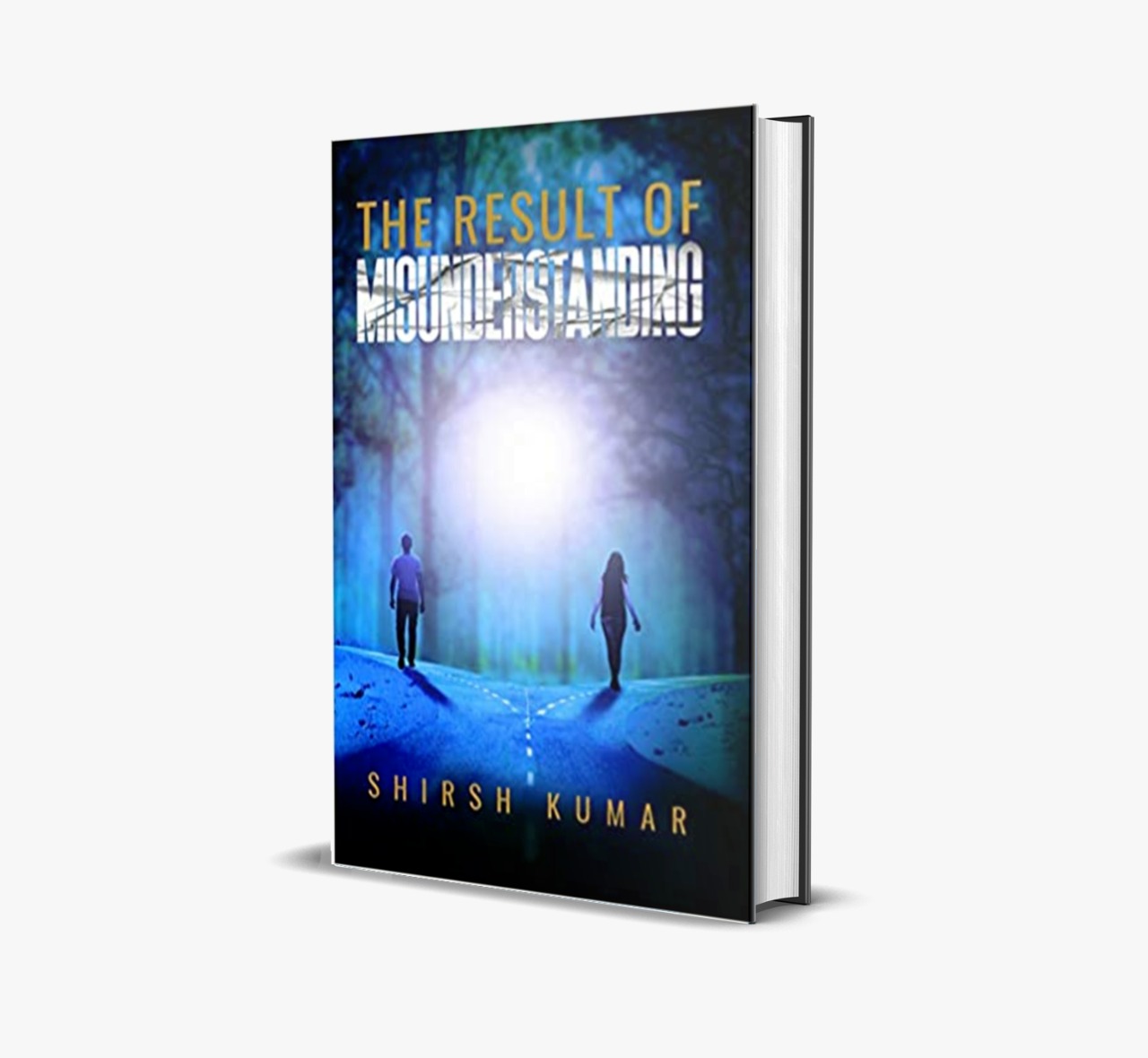 The current trend of adapting the collection of stories makes the Frosted Glass by Sabarna Roy makes it a hot property for screen adaptation. A collection of 14 stories and a poem cycle of 21 poems set in Calcutta raise contemporary issues like man-woman relationships and its strains, moral and ethics, environmental degradation, class inequality, rapid and mass-scale unmindful urbanization, are devoid of sentimentalization. The brilliant narrative and portrayal of betrayal in personal relationships makes the Frosted Glass quite an exciting prospect. The question of existence apart from other essential aspects makes it a better prospect of getting adapted into the visual form of art. The uniqueness of theme along with the relatability prompts us to enlist this masterpiece in this elite list. 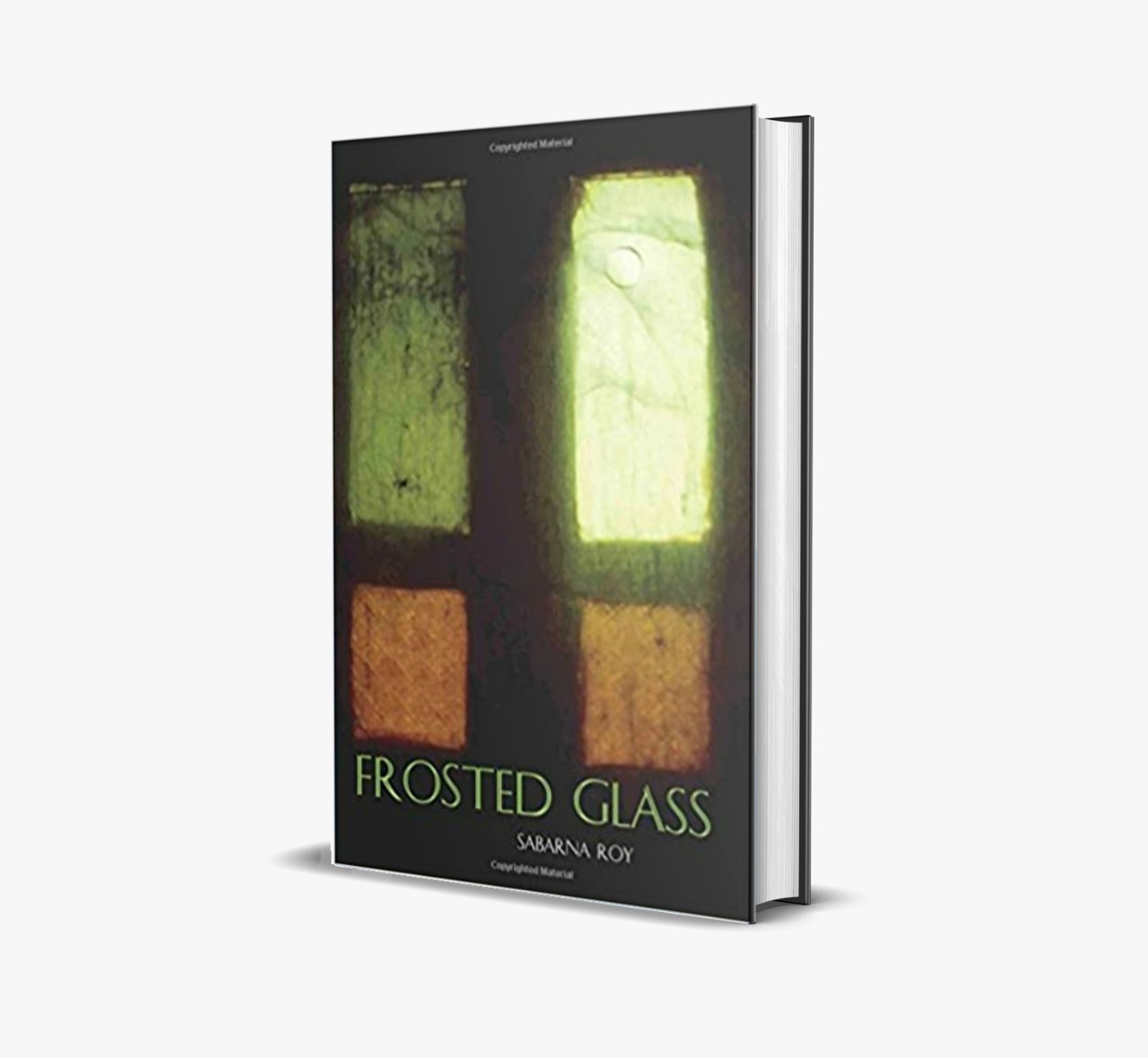 Fractured Mosaic is in essence a sequel to Sabarna Roy’s fifth literary work, titled: Random Subterranean Mosaic: 2012 – 2018. It is yet another kaleidoscope from Sabarna Roy’s arsenal that will take the readers to a mesmerizing whirlpool. Various works depicted in Fractured Mosaic have already been mostly published in reputed media houses of the country as musings of the author. These have been brought together in the form of a book for the benefit of the readers. After the raving hit of his earlier six masterpieces since 2010, Sabarna has been constantly writing in the format of a journal to imitate how the mind works in real life. 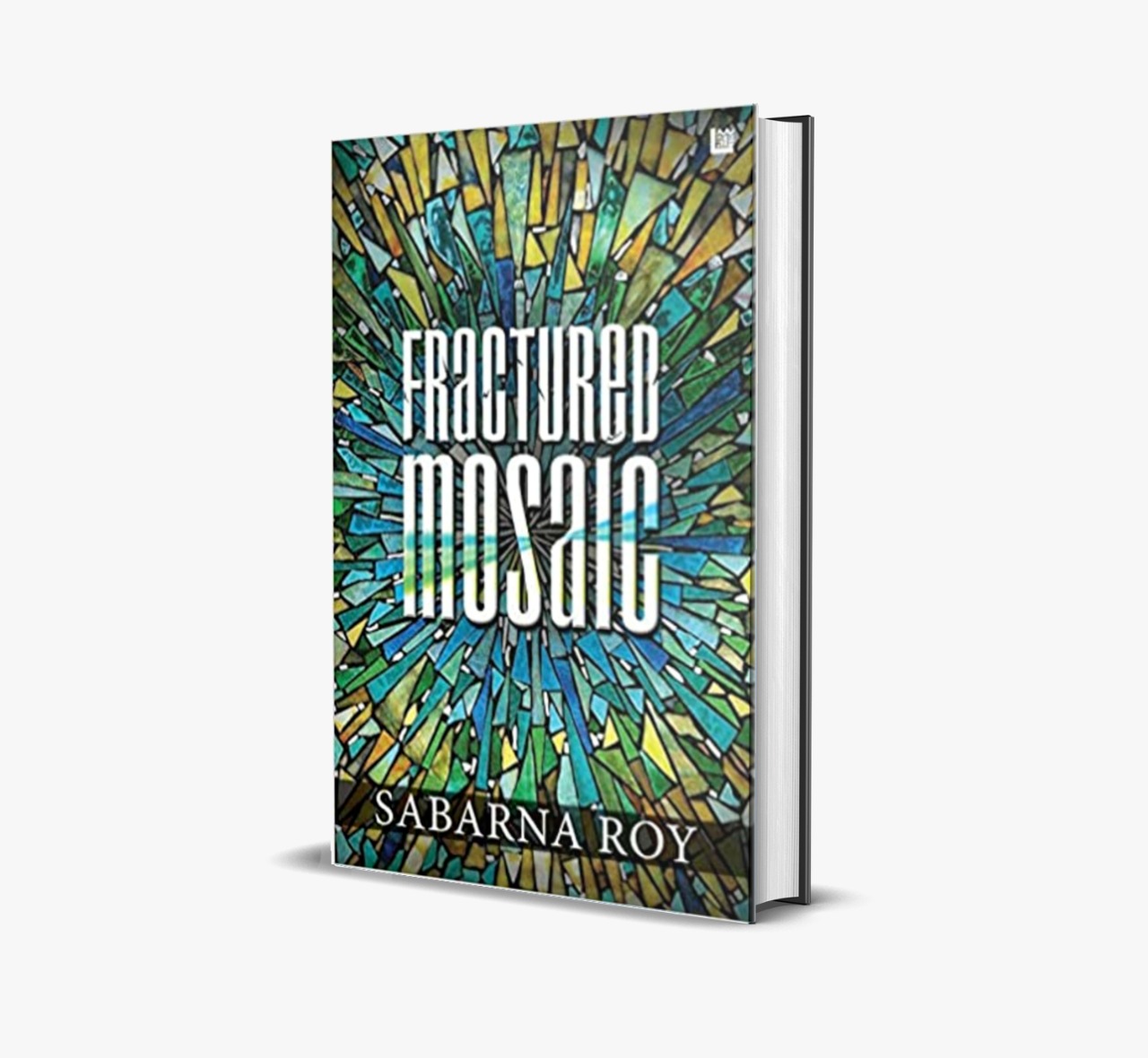 Nightmare and Sunshine by Eshy Acharya

From the excruciating pain of the existing, complicated, and raveled life in pandemic like a nightmare to blameless guilt-free smile and sunshine; Nightmare and Sunshine by Eshy Acharya is a collection of 11 short stories inspired by true events and people. And we are all acquainted with the fact that stories are always a hot favourite for adaptation. Perceptively exploring the impulsive, divergent, and imposing side of human behaviour in the global crisis, it allows a peek into the lives of extraordinary yet ordinary, relatable yet extraneous individuals, who in COVID-19 lockdown, social distance and self-isolation phase endured and unearthed the true humanistic spirit, interrogating the issues of the human bearing. 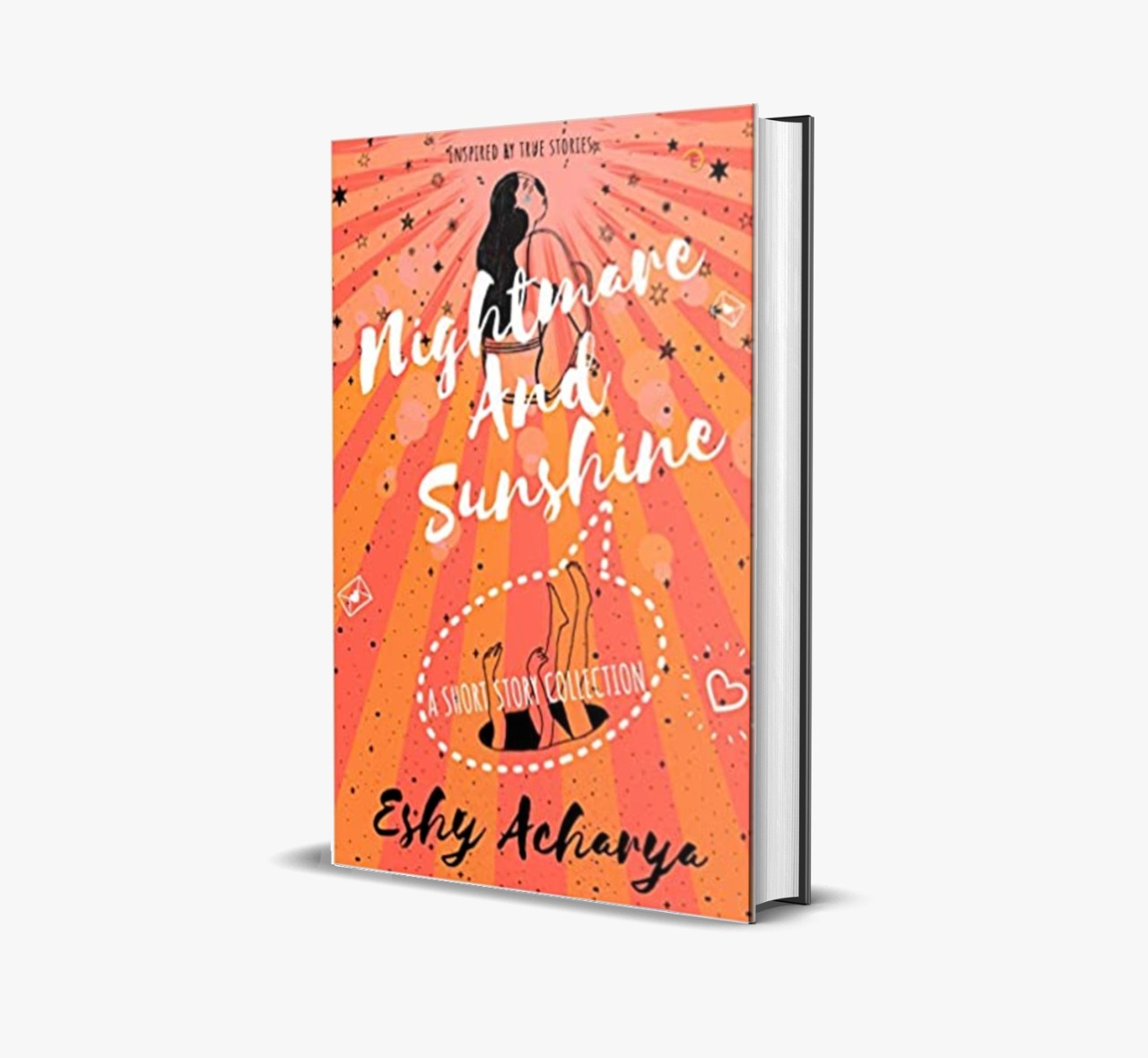 A raw story by a debut author is always a hot favourite among the readers as well as the audience. And if the story is a high-octane thriller; it makes a bright prospect for adaptation. Who doesn’t want his adrenaline getting rushed finding himself amidst the cat and mouse game? The Broken Pendant by Dr. Nalli Ramya is one such thrilling masterpiece set in the backdrop of Teotihuacan pyramids, Mexico and the Houston, USA. The thriller added with the beauty of Time Travel plot where present is held in 2054 and then taking readers back to 2024 through a diary.  The Broken Pendant shedding light on gigantism and triviality makes for a well stitched story. 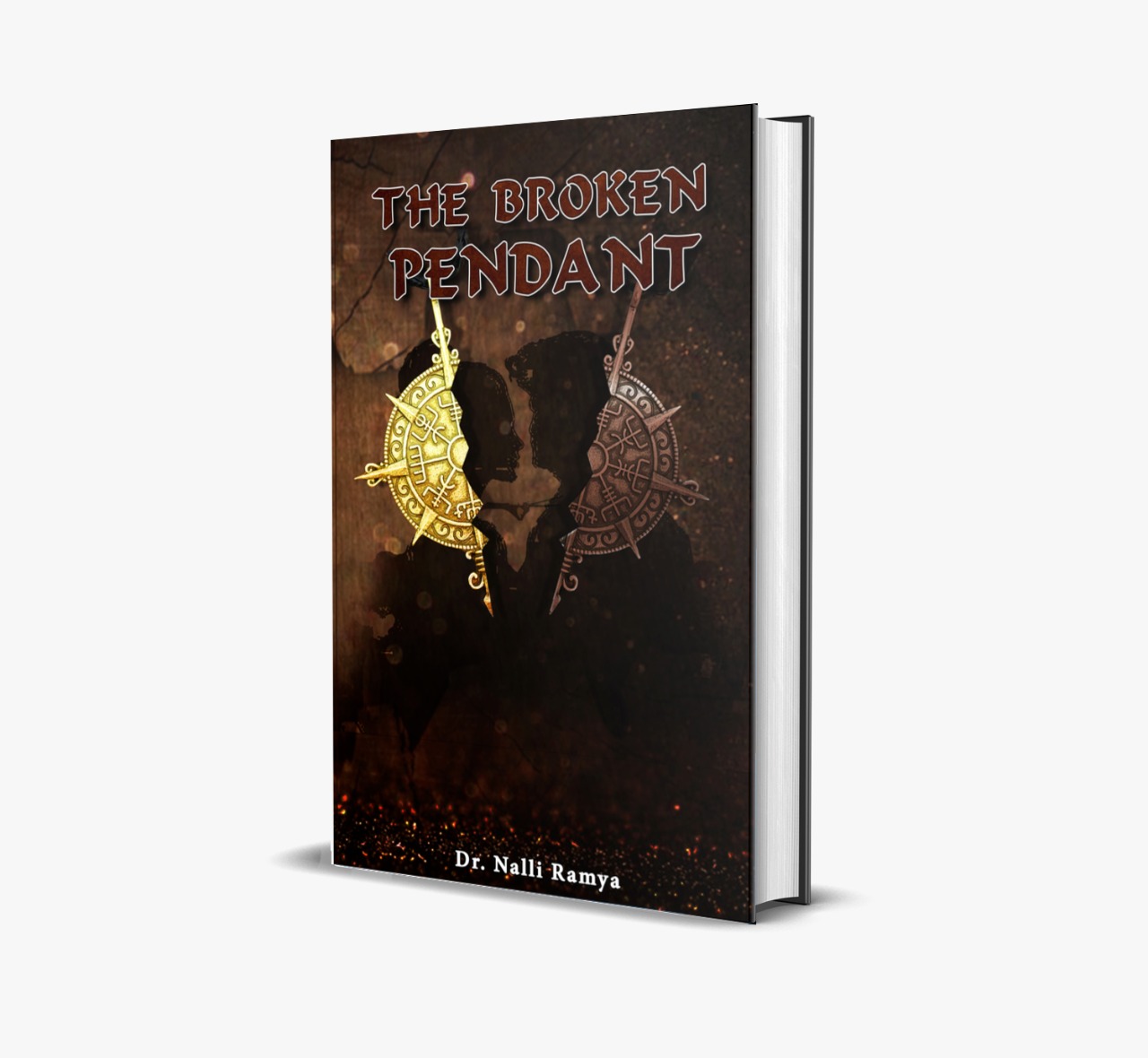 The highly-awaited story collection; Fake Posh by Deepti Sharma is a collection of four stories portraying varied emotions. At the time; we are getting a liking for relatable stories rather than larger-than-life; Fake Posh makes a strong case for itself for screen adaptation. How many times we have seen stories which get away itself from the pandemic of imbibing romantic liaisons?  The stories without forcing the idea of feminism, masculinity or any other such aspects gives a subtle explanation of the mask under which we have disguised ourselves. Touching the aspects of a desire to change, along with the fake persona which we are either bound to wear out of the societal pressure or out of our desire to be the best in the lot. 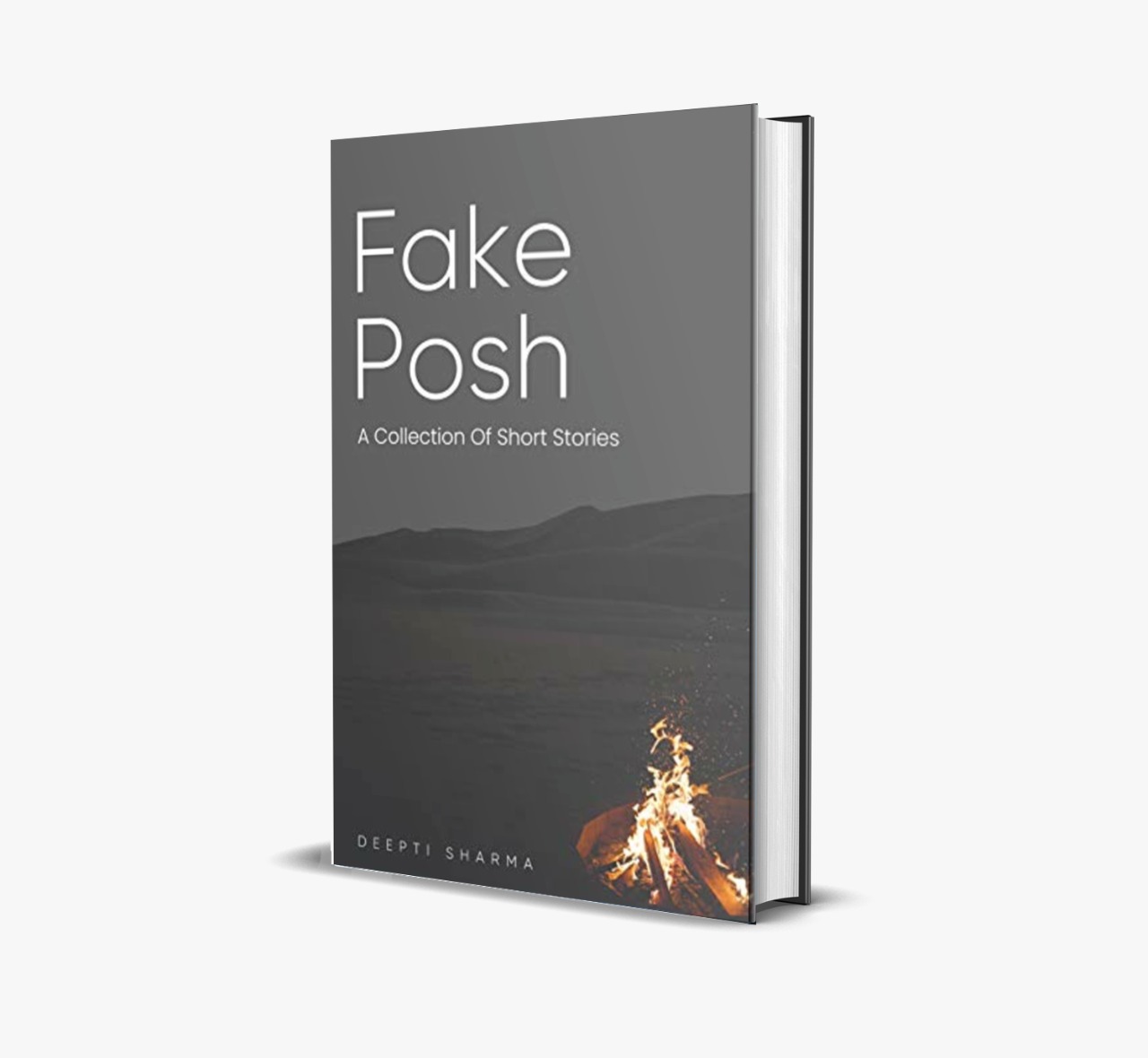 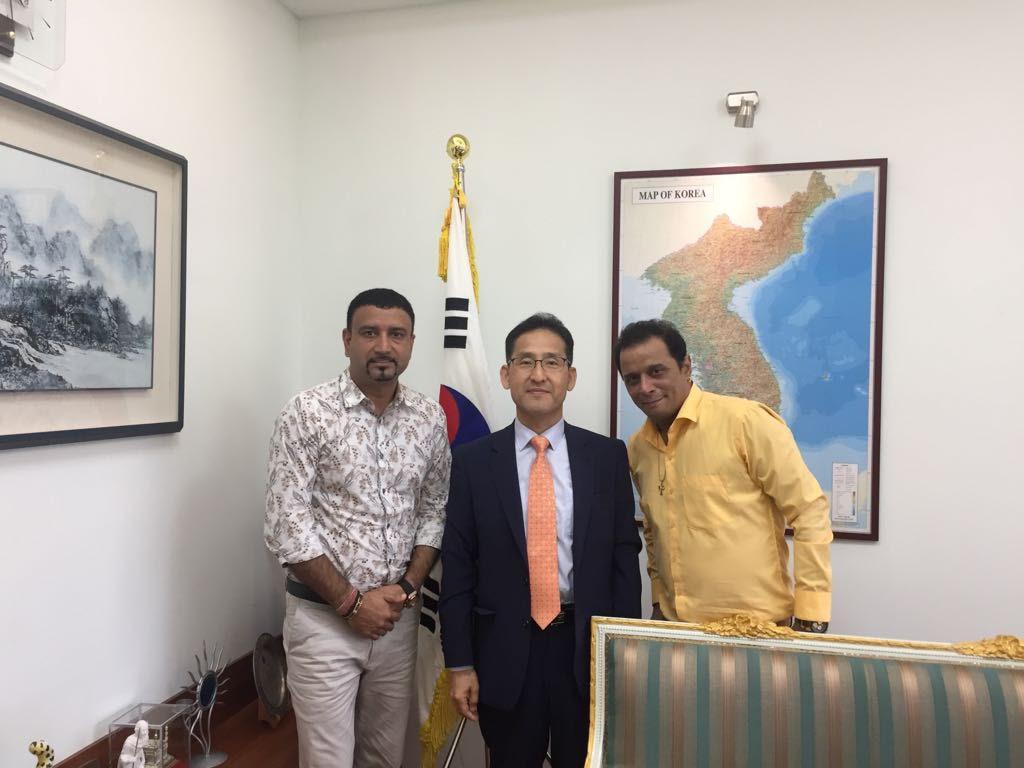