Priyanka Chopra who has been very much missing Bollywood since past few years will be making her comeback in Salman Khan starrer ‘Bharat’. She will be paired opposite Salman in the movie. Director Ali Abbas Zafar and producer Atul Agnihotri travelled to New York to meet Priyanka and there they gave her the entire narration of the film. Priyanka was convinced with the script and she fell in love with it and gave confirmation on it. 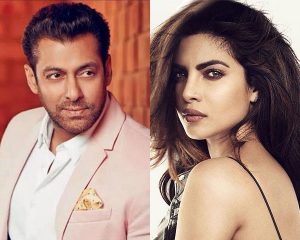 On being part of the movie, Priyanka Chopra said, ”Bharat it is!  I am totally and very much just really looking forward to begin shooting this film and working with Salman and Ali again after a considerable long span and amount of time. I have learned a lot from both of them in our previous collaborations which had been successful. I am very much excited and eager to see what this one has to offer. I am also looking forward to working with Alvira and Atul and the entire team of Bharat. To all my fans, friends, family and my well-wishers who’ve been so patient and supportive always in whatever ventures I’ve done, thank you for your constant support and I’ll see you all at the movies!” 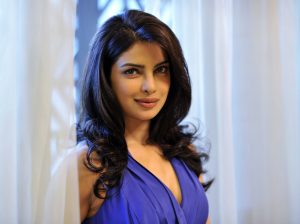 As per the latest updates, PeeCee will be playing 5 different roles in the movie. Ali Abbas Zafar told to a leading daily that Priyanka will be seen in five looks. He said, “Like Salman, PC will also sport five different looks. She will age from 28 to 60 years, while he will age from 25 to 65 years in the film. Though Sallu’s youthful appearance will be created using the age-reduction technique that was seen in the 2008 Brad Pitt-starrer The Curious Case Of Benjamin Button, PC might not need the same. We will use a mix of prosthetics, make-up, and VFX.”

“Each of PC’s avatars will be modelled on actresses like Zeenat Aman, Parveen Babi, Sharmila Tagore and Shabana Azmi. It will encompass the styles of each of these heroines from the ’60s to 2010,” added Ali. 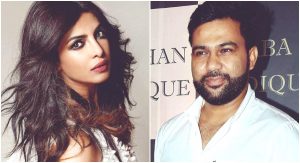 Wow! We can’t wait to see Priyanka donning 5 different looks. Talking about ‘Bharat’, it is an adaptation of the Korean film ‘Ode To My Father’. Talking about the movie Ali said, “Bharat’s story starts in 1947 and ends in 2010. It will show Salman and Priyanka’s characters age through the years.”

Are you excited for PeeCee five different avatars? Do let us know in the section below.