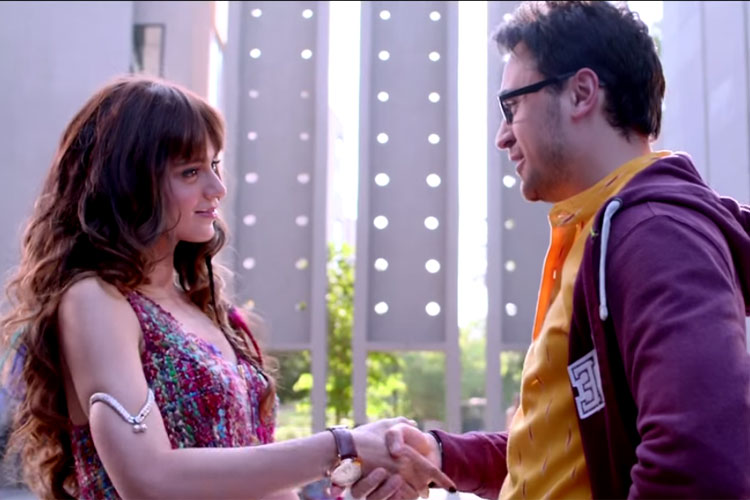 There’s more to “Katti Batti” than romance and comedy, but it’s all in hiding!

The Kangana Ranaut and Imran Khan-starrer, releasing on Friday, has been widely promoted. But the makers as well as the actors have mentioned the fact that the film has more depth it than what meets the eye from the promos and the trailers.

But they are perhaps hiding it.

Kangana has, in fact, even stated how her character in the film is one of the toughest role that she has played — leaving many to wonder what it is.

A spokesperson for the film confirmed that there is indeed something more to the film, and said: “Like everybody has been saying that ‘Katti Batti’ is more than just a rom-com, it’s for the audience to come and discover it themselves.”

Big B, Kangana to share screen space in ad film