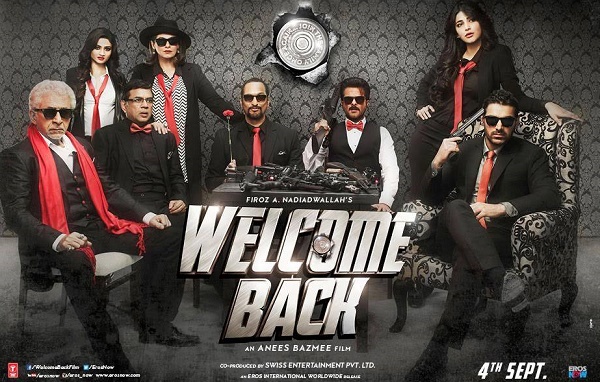 The year gone by wasn’t really happening for Eros as they had many released but few Box Office successes. However, after a couple of jitters in Tevar and Shamitabh, it has been a year of complete turnaround for the filmmaking house. Badlapur [53 crore] and NH 10 [33 crore] brought around escalation, Tanu Weds Manu Returns [152 crore] hit the roof, Bajrangi Bhaijaan shattered majority of all-time-existing records [321 crore] and now Welcome Back is en route the 100 Crore Club as well.

The film, after opening well and seeing good escalation over the weekend, went on to have decent trending in the weekdays as well, hence bringing in around 74 crore* at the end of its first week. For a film where many did wonder if this was a possibility for even a lifetime total, considering the delays and the controversies surrounding it, a run like this is a breather indeed. For Eros, the decision to back the Firoz Nadiadwallah production has paid off well and this also means that they now have five successes in a row. Next major release of Eros is Bajirao Mastani and that is one biggie to rightfully culminate an eventful year for them.

As for Anees Bazmee, he is now moving on to Aankhen 2. John Abraham has Rocky Handsome to look forward to, Anil Kapoor is all set to kick-start 24 – Season 2, while Firoz Nadiadwallah is now expected to go all out for his next franchise affair, Hera Pheri 3.

Whenever I see 'Fan', I become arrogant: SRK