Yesterday, Mumbai Indians hosted Kings XI Punjab at Wankhede Stadium in Mumbai. With skipper Rohit Sharma being rested due to some injury scare, it was always going to be a massive task for MI to win the match, especially against KXIP which has so many powerful in-form batsmen like Chris Gayle and KL Rahul.

However, big man Kieron Pollard had a totally different thing in his mind, as he took responsibility and rose to the occasion. West Indian played a scintillating knock scoring 83 runs in just 31 balls. He smashed all KXIP bowlers all around the corner. His crazy innings helped MI defeat KXIP by 3 wickets.

In the massive chase by MI, Kieron Pollard created a new record for himself. Mumbai Indians needed 133 runs off last 10 overs and the team achieved it in last ball finish. It was the first instance that a team scored anything more than 126 runs in the second half of the innings and won the match.

Twitter is also in awe of big man Pollard. His powerfulÂ knock is getting lots of praise on social media. They are calling it one of the best in the history of IPL. Look at some of the best reactions down below: 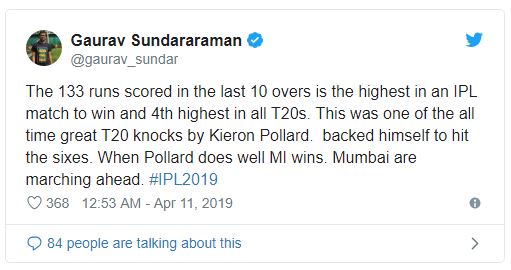 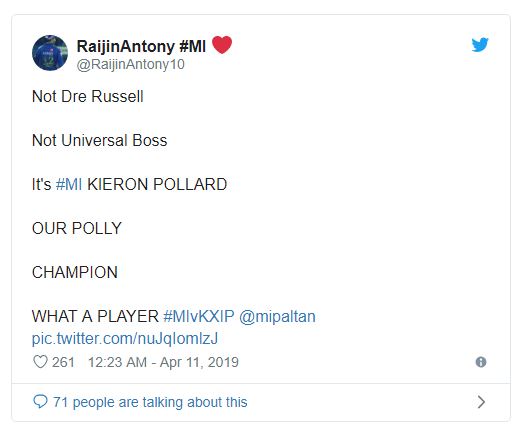 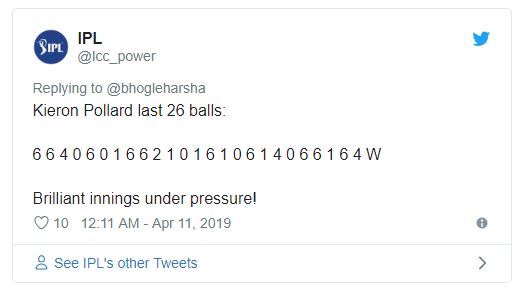 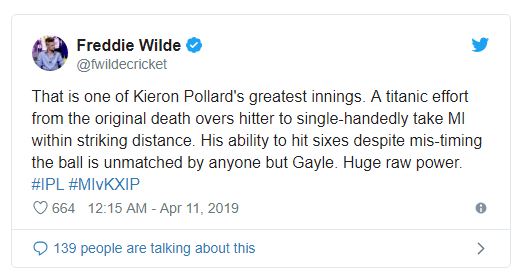 What do you have to say about this? 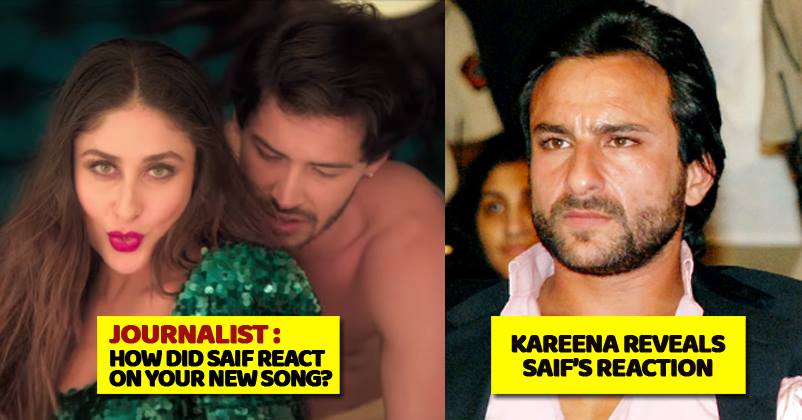 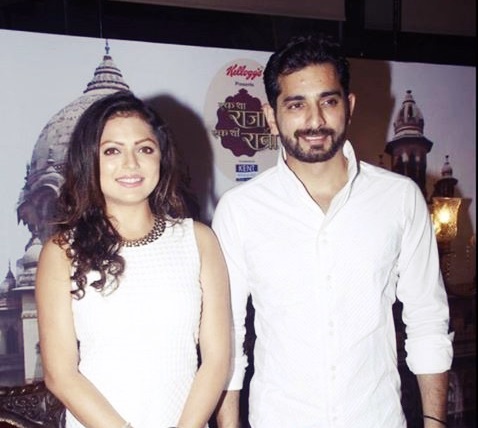 How will Gayatri and Ranaji come across each other on Ek The Raja? 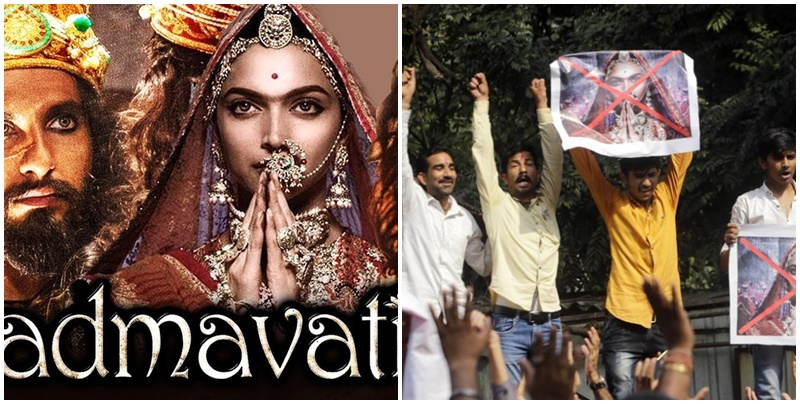 Check Out: What Bihar Government Says On â€œPadmaavatâ€ Release 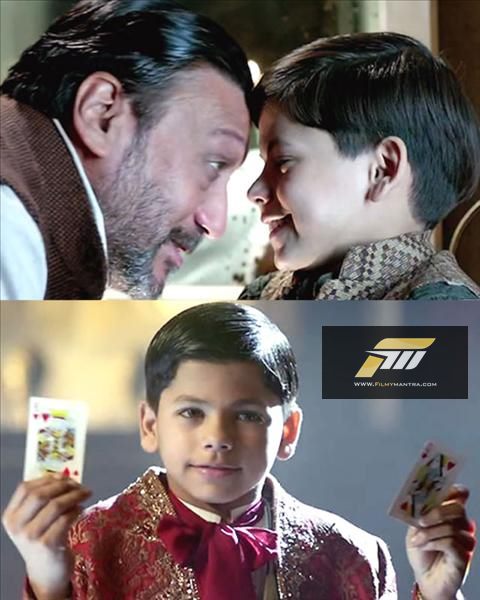