Final and third T20 match proved to be a huge disappointment for Indian fans, as India lost the match by just 4 runs. Batting first, NZ put a massive target of 212 in 20 overs. Openers Colin Munro (72 runs of 40 balls) and Tim Seifert (43 runs of 25) gave a solid start to New Zealand. 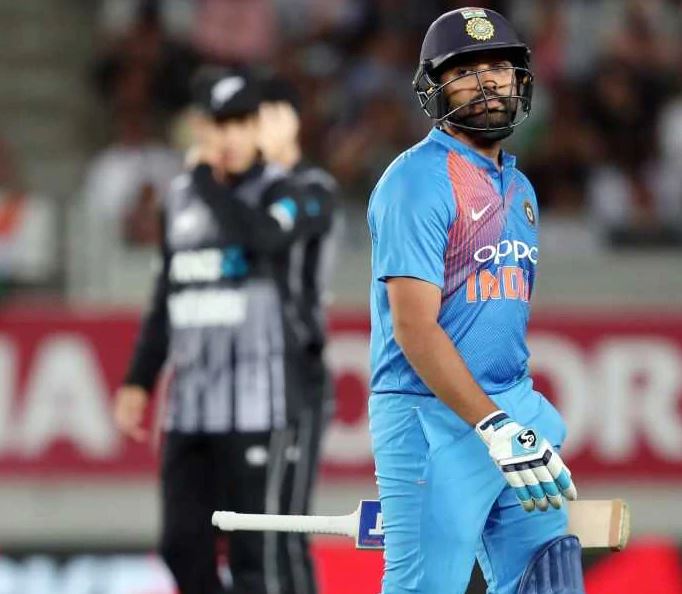 Chasing a target of 213, India lost the first wicket of Shikhar Dhawan in the first over. However, Vijay Shankar and Rishabh Pant played superb knocks and scored some quick runs putting India in the hunt of the big chase. At one point it looks like India would win the game comfortably when Pant and Rohit were batting in the middle. However, two successive wickets of MSD and Hardik Pandya proved crucial, as India fall just short of the target. Everyone played their part, but India didn’t win the game and lost the series in the process.

Fans are not happy with the way Indian Skipper Rohit Sharma played. He scored 38 runs in 32 balls, which is pretty bad if your team is chasing more than 200 in 20 overs. Many fans started trolling Sharma for his slow innings. Many of them even blamed him for the defeat.

Whenever Target is more than 200 #RohitSharma to other teammates pic.twitter.com/fXY0CLLAaO

A Fan Puts Indian Flag On The Field While Touching Dhoni’s Feet, What MSD Did Will Make You Proud