Cricket has come a long way as far as viewership is concerned. Now, the entire family watches the game of the cricket, all thanks to the evolution of T20 games. Earlier, we used to see only men in the stand supporting their favorite team, however, it has changed a lot. Now girls and boys are coming in huge number to the stadium. Nowadays, boys have started proposing their girlfriends to the cricket stadium.

We have come across several similar instances in the past. A similar thing happened just yesterday during the 2nd ODI match between India Vs England at Lord’s.  During the ongoing match, a boy suddenly proposed love of the life in front of thousands of audiences.

The incident took place in the 24th over of the first innings when England was batting and Yuzvendra Chahal was bowling. The young lad stood up and went down on his knees and proposed his girlfriend right there. The video of the incident has gone viral on the web.

Congratulations to Charan and Pavan!! 👏🎉🤵👰🎉👏 pic.twitter.com/5MzmfeOs5a

Netizens are also loving this video. Check out some of the reactions down below. 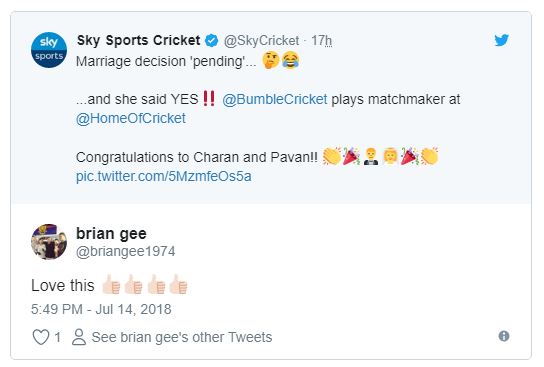 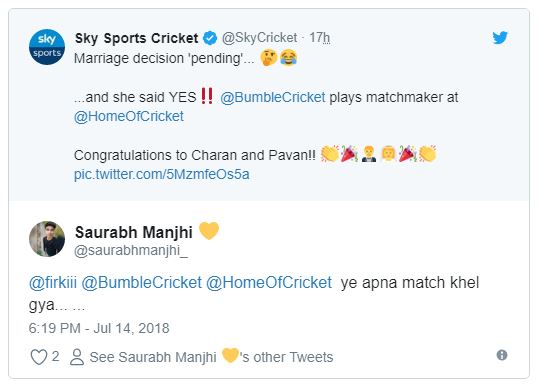 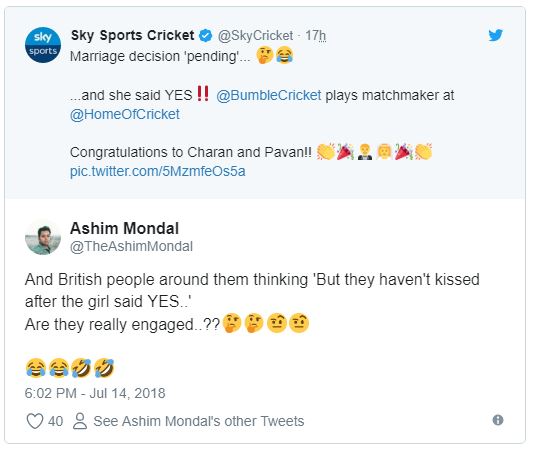 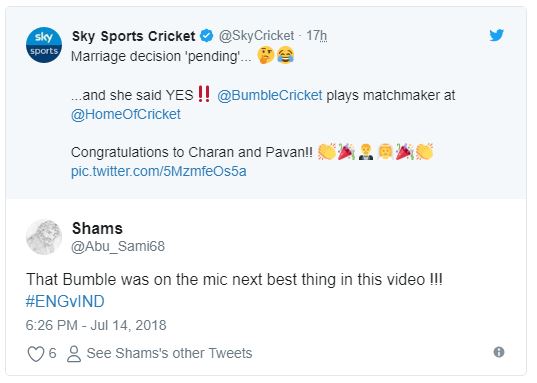 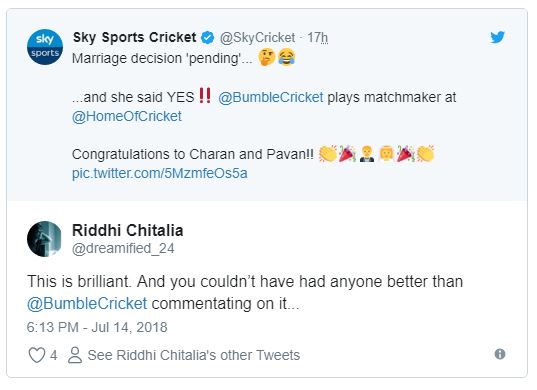 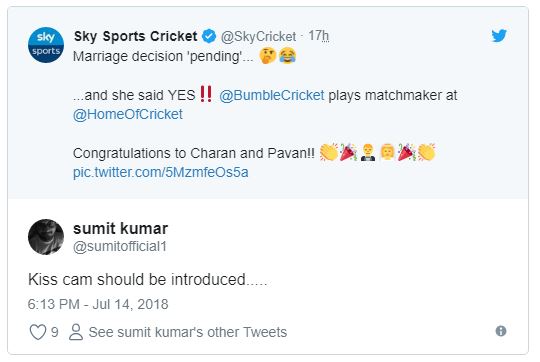 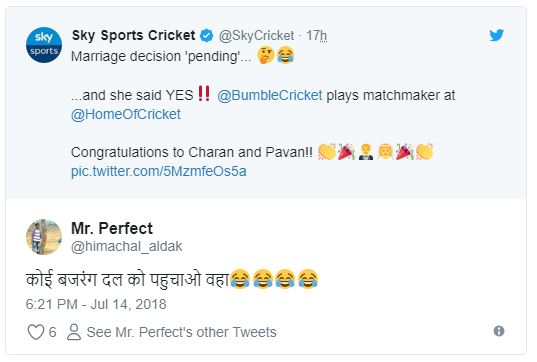 What do you think? Tell us your thoughts in the comment section down below. Stay tuned to Filmymantra.com for all the latest viral stories.

Finally, Priyanka Chopra SPEAKS Out On Her Relationship With Nick Jonas