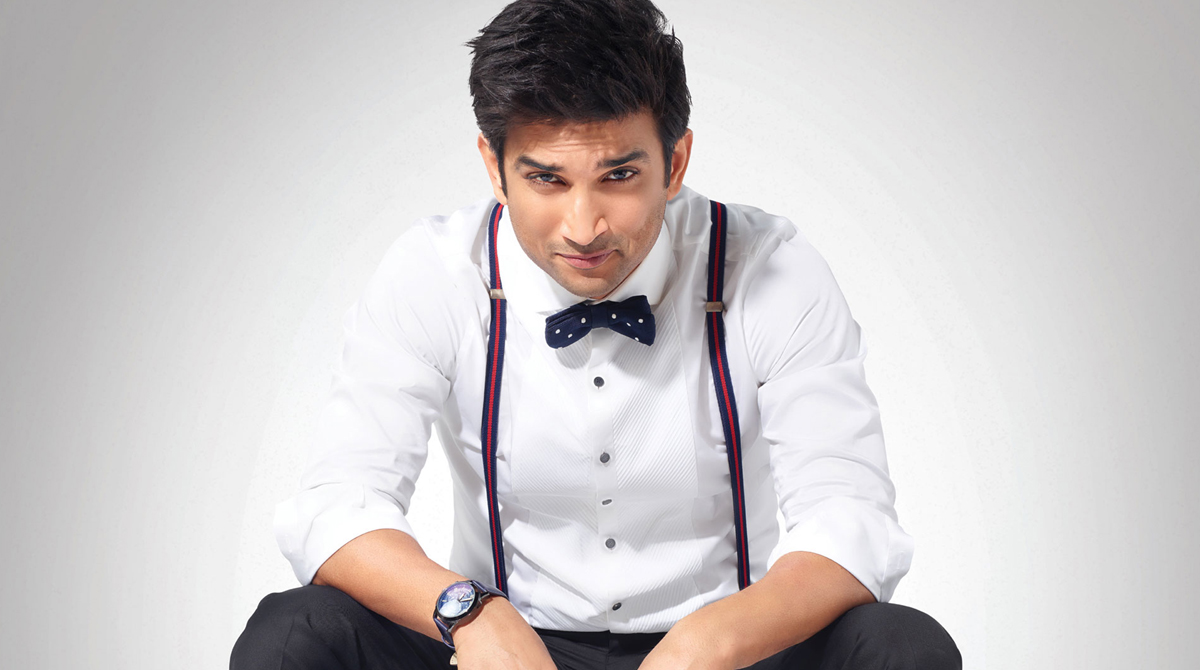 Sushant Singh Rajput’s family members have released an emotional note for everyone who supported the late actor and showered love on him and family in these tough times.

The statement issued said that a Sushant Singh Rajput Foundation (SSRF) will be set up to honour his legacy and support young talents in areas close to his heart — cinema, science and sports.

Here’s what the note read:

“Good bye Sushant! The world’s Sushant Singh Rajput was simply Gulshan to us. He was free-spirited, talkative and incredibly bright. He was curious about just everything. He dreamed without restraints, and chased those dreams with the heart of a lion. He smiled generously. He was the pride and inspiration of the family. His telescope was his most prized possession, through which he fondly gazed at the stars.

He truly loved and cherished every single one of his fans. We thank you all for showering our Gulshan with so much love.

To honour his memory and legacy, the family has decided to set up Sushant Singh Rajput Foundation (SSRF) to support young talents in areas close to his heart — cinema, science and sports. His childhood home in Rajiv Nagar, Patna will be turned into memorial. We will put his personal memorabilia and belongings there, that include thousands of his books, his telescope, flight-simulator etc, for his fans and admirers.

From now on, we intend to maintain his lnstagram, Twitter and Facebook page as legacy accounts to keep his memories alive.

We once again thank you all for the thoughts and prayers.” 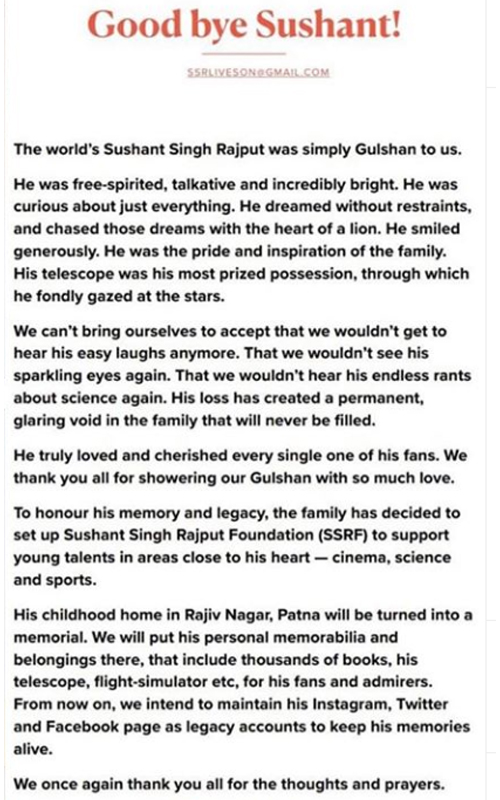 Sushant Singh committed suicide on June 14 at his Bandra residence in Mumbai. He was found hanging on a ceiling fan in his bedroom. The post-mortem report said that he died due to ‘asphyxia due to hanging’.

Sushant’s last film Dil Bechara is getting a release on Disney+ Hotstar on July 24. The streaming platform will make the movie available for even non-subscribers with an aim to honour the legacy of the actor.

Dil Bechara marks the directorial debut of casting director and Rajput’s industry friend Mukesh Chhabra. It is the official remake of 2014 Hollywood romantic drama The Fault in Our Stars.