Renown celebs where present at Sridevi’s prayer meet.Among them one name was Sushmita Sen. In her series of post on social media, Sushmita said that Sridevi’s daughters Janhvi and Khushi are immensely courageous. She also said praised the way Sridevi raised up her two lovely daughters.Â 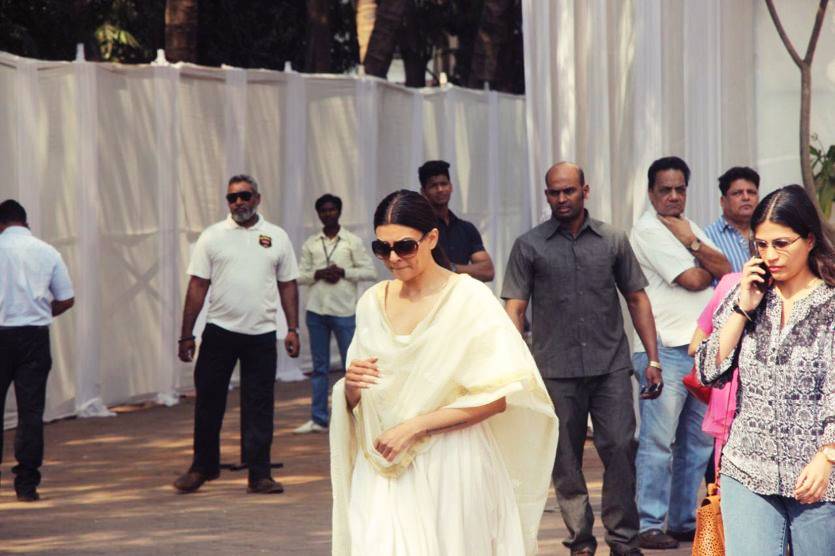 .Â She wrote an emotional post on Instagram.Her post read as, â€œPaid my respects & said my goodbyes to a lady who inspired in the 14yr old me…the love of #cinema #music #dance & the colour #white #Chandni. My friend #Ruchi is right, I always idolised her onscreen persona…but today at the prayer meet, I witnessed the #strength of Ma’am #Sridevi in the way she’s raised both her daughters, they showed immense courage, way beyond their years, as they silently & gracefully acknowledged everyone despite their own unimaginable grief.â€

Â She further writes, â€œRest in peace Ma’am knowing you excelled in all aspects of life…I celebrate you, always will! Dugga Dugga.â€

Post Sridevi’s death news was circulated on internet, Sushmita Sen posted on Twitter that she is in a state of shock and can’t stop crying. In another post she wrote a heart felt message for Sridevi where she called her inspiration and also expressed her deepest condolences for Sridevi’s family.

Those eyes & that smile…a big part of my childhood inspiration!!❤️She communicated so much even when silent….Godspeed Ma’am, we will miss you!! Prayers of healing & strength to the family..deepest condolences 🙏Dugga Dugga pic.twitter.com/bbIXPEIwfI

Some reports suggest that when Sushmita Sen was leaving post Sridevi’s prayer meet she was crying. On work front, Janhvi kapoor’s debut movie Dhadak is all set to hit the theaters onÂ 6 July 2018. It is sad that sridevi didn’t got a chance to see her daughter on the big screen. May her soul rest in peace. Stay tuned with us for more latest Bollywood news and updates.

Shah Rukh Khan And Salman Khan Together In Tubelight!

Mohenjo Daro and Hrithik Roshan are praised my Twitterati’s