After a slow start in morning shows [North India opening was good due to Diljit Dosanjhâ€™s stardom], #Soorma gathered momentum from evening onwards… Is looking at substantial growth on Sat and Sun thanks to strong word of mouth… Fri â‚¹ 3.25 cr. India biz. 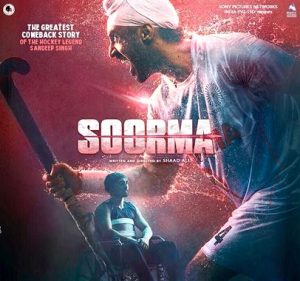 Soorma is a biopic on Indian hockey playerÂ Sandeep Singh and it released on 1,100 screens across India. It also released in Pakistan, reportedly occupying 80% of the Pakistani screens. It was made at a budget of Rs 25 crore. The flick has recovered more than half of its production cost in just 3 days of its release.

The biopic receivedÂ rave reviews and Diljit’s performanceÂ is highly appreciated by critics as well as audiences. The film also stars Angad Bedi and Siddharth Shukla in titular roles.

‘Soorma’ is likely to have decent earnings in the coming days. What do you have to say about the collection? Do let us know in the section below. Shivaay Vs ADHM: Day 6 Box-Office Collection Is Out Now