Sonu Sood geared up for action with Jackie Chan 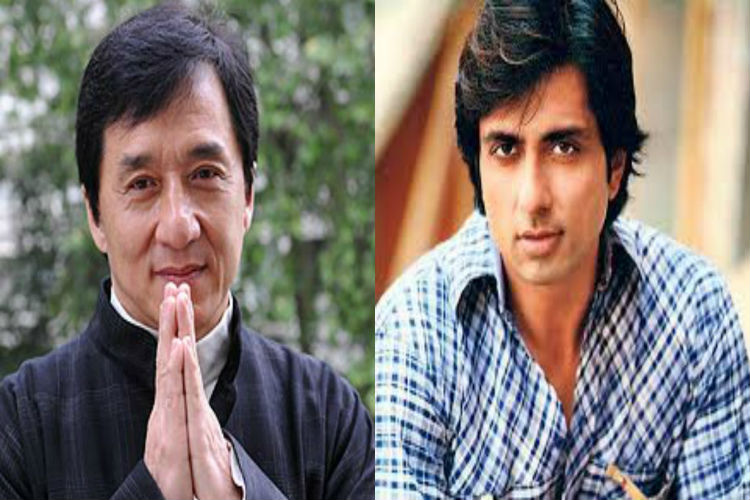 Bollywood actor Sonu Sood who has signed on to play a key role in a Jackie Chan-starrer Indo-Chinese production “Kung Fu Yoga”, hopes to take the flavours of India’s ‘paranthe’ to the Chinese Kung Fu star.

Directed by Stanley Tong, the action comedy film is currently being shot in Dubai. It will also be shot in Beijing and later in India.

Her post read: “So happy for Jackie Chan who is starring with my friend @SonuSood in ‘Kung Fu Yoga’! Truly Karate meets paranthe!.”

Sonu gave her a witty response and said that it’s possible that Chan gets addicted to ‘paranthe’.

“Hahaha Farah. Don’t be surprised if he gets addicted to paranthe…then you have to make for us. Get ready,” Sonu quipped.

The “Dabanng” actor had been dropping hints about his foreign project on the micro-blogging site for quite a while, starting with a tweet: “….and the journey begins…will keep u posted!! Have a great day.”

Sonu seems to be working hard for his role with the action star.

He also shared an image in which he is seen engrossed in a workout session.

The star has already garnered appreciation from his Chinese co-star, actress Shang Yuxian, who shared an image with him on Twitter and wrote: “Hi guys! Great working with my co-star @SonuSood.”

Sonu, on his part, responded by saying: “It’s been a real pleasure. Keep shining always Ceci!”